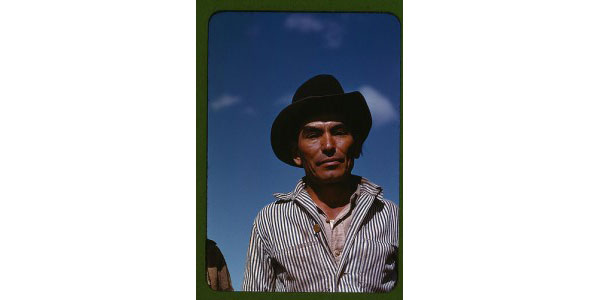 For the first time in almost 30 years, serious reform of U.S. immigration policies seems possible. The outcome of the Presidential election, both the dimensions of President Obama’s victory and its demographic makeup reflecting changes in the electorate, have motivated both political parties to solve this important problem.

The political parties had been polarized with one side arguing about first dealing with border security and enforcing existing laws, while the other side focused on a path to citizenship for those people already in the U.S.

The Obama Administration has increased the enforcement of existing laws, including record numbers of deportations, as well as taking executive action to help the children of undocumented immigrants who were brought here as minors. Those actions, in essence, have helped a more bipartisan dialogue emerge.

It now appears the U.S. House of Representatives will approach reform through a series of more narrowly focused proposals that have broad support, while the Senate will develop a more comprehensive reform package. Since a bill needs to pass both the House and Senate in an identical form to be sent to the President, differences in the two approaches would be worked out in a conference committee between the House and Senate.

According to Politico, several House Republicans have been “reviewing immigration issues ranging from agricultural to high-tech visas, to border security and dealing with illegal immigrants already in the country.” It’s interesting that this wide range of discussions is happening. It is a good sign, but also unusual.

Significantly, a group of industrial food animal production and processing companies have formed the “Food Manufacturers Immigration Coalition” to encourage comprehensive immigration reform. As Mike Brown, president of the National Chicken Council, a group representing large poultry processors, said recently, “To date, much of the discussion has focused on the need to retain highly skilled workers such as scientists and engineers, and the need for additional temporary agricultural workers. These are important objectives, but they do not meet the needs of our industry sector. We are manufacturers, wanting a stable and permanent workforce that can help sustain the rural communities where we do business.”

Barry Carpenter, CEO of the North American Meat Association said, “We need a comprehensive package [that includes], obviously, enforcement and a fast way to earn legal status.” He told this to Meatingplace in an interview after the hearing. “We can’t ignore the 11 million (already in the U.S.); we need to be able to [hire] them while they earn [citizenship or residency] by whatever method it is to become legal.”

As the debate on immigration reform has sharpened, the New York Times recently editorialized that “one important issue has, so far, received only passing mention: stronger protections for immigrant workers against exploitation and abuse.”

While the Times editorial probably didn’t have agricultural workers in mind, it is important that public health advocates and organizations interested in improving the lives of undocumented workers talk about the industrial food animal production system and its impact on workers in the context of immigration reform.

The United Farm Workers of America union is pressing for “real reform” that would give current farm workers a reasonable opportunity to earn legal status and citizenship.

According to the Pew Commission on Industrial Farm Animal Production, which released its landmark report almost five years ago:

“Infectious agents, such as a novel avian influenza virus, that arise in an industrial farm animal production (IFAP) facility may be transmissible from person to person in a community setting… Monitoring is a basic component of strategies to protect public health from harmful effects of contamination or disease, yet industrial farm animal production monitoring is inadequate. In general, public health concerns associated with IFAP include heightened risks of pathogen transfers passed from animal to humans; the emergence of microbes resistant to antibiotics and antimicrobials, due in large part to widespread use of antimicrobials for non-therapeutic purposes; food borne disease; worker health concerns; and dispersed impacts on the adjacent community at large.”

On Thanksgiving Day in 1960, CBS Reports released a documentary titled, “Harvest of Shame.” In that landmark, hour-long documentary hosted by Edward R. Murrow, the plight of America’s migrant field workers was documented. Murrow, who won fame reporting on live CBS radio during Nazi Germany’s aerial assault on London in World War II, labeled the conditions experienced by migrant field workers “as the forgotten people in America” and harvesting produce in the “sweat shops of the soil.” He was talking about those people who harvest our produce. But his comments, if stated today, could include workers in industrial farm animal production operations and slaughterhouses.

As policy makers review immigration policy, public health advocates and those representing agricultural immigrant workers should keep in mind the exposure to antibiotic resistant pathogens, novel flu viruses, methane, hydrogen sulfide, and volatile organic compounds that are part of the dominant industrial food animal production system. And they should demand that there is fundamental change in this industrial system to protect the health of workers, and the general populace, as part of any immigration reform debate.

A version of this story was originally published on the Livable Future blog.