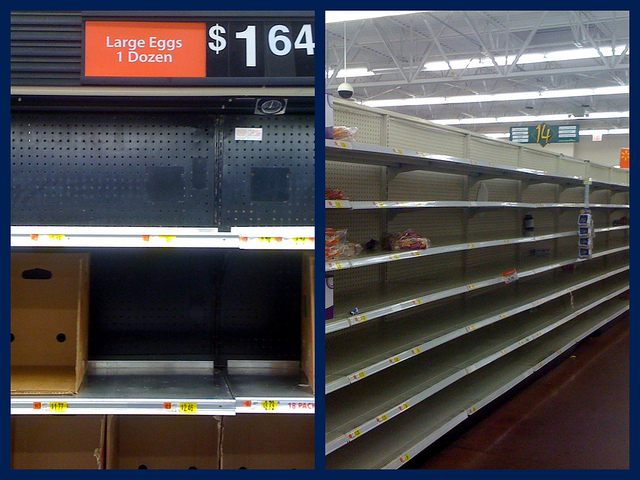 In his State of the Union Address this month, President Obama called for a much- needed increase to the federal minimum wage. Almost four million American workers are paid at or below the minimum wage of $7.25 an hour for their work, adding up to about $15,000 per year, per person for a full-time, 40 hour per week job. This doesn’t come close to covering the cost of living for a single person, let alone a family.

In the food retail sector, unfortunately, raising the minimum wage might not make much of a difference to those employees that are most vulnerable. Grocery stores and other food retail outlets are already avoiding minimum wage and benefit requirements for many workers by keeping them in part-time jobs. Realistically, if a worker can’t get scheduled for 40 hours per week of work, then minimum wage requirements cease to be effective in ensuring an annual income floor.

With support from federal and state governments as well as private foundations and businesses, communities across the country are beginning to engage in efforts to increase the number of food retail outlets in low-income “food deserts.” This is tremendously important work – according to USDA statistics, almost 40 percent of low-income Americans lack adequate access to a full-service grocery store. But as a growing body of evidence shows, there is a great deal of variation in the quality of food retail jobs, and food retail outlets focused on customer-service and sustainability are more likely to pay higher wages and provide full-time jobs than are other retailers that are narrowly focused on cost cutting.

One might ask, “Why do employers want to keep workers part-time? Can’t a business case be made for investing in employees?” The answer is simple: because they can get away with it. With high unemployment rates concentrated in low-income communities (to give one example, unemployment in parts of West Oakland is over 40 percent), employers are free to treat workers as expendable commodities. Employers know that these workers will take whatever hours they can get, even if it means waiting by the phone to hear whether they are on the schedule for that very day.

In some states, California included, the most egregiously exploitative practices are formally prohibited. If an employer sends a California worker home two hours into an eight hour shift because business is slower than usual, the employer must pay the worker for at least half (or four hours) of the hours that were originally scheduled. But perhaps unsurprisingly, research has shown that violations of the law are widespread, particularly in lower-income communities where workers are more desperate for work and have less access to legal representation and resources.

As we think about using tax credits, public investment funds, and other public resources to bring full-service grocery stores to low-income, underserved communities, we need to think creatively about how to hold these businesses accountable for providing good, sustainable jobs:

Access to full-service grocery stores and good, sustainable jobs in food retail will not solve all of the problems faced by low-income Americans. But as more of us begin to understand the link between these two important goals, and to work for solutions that encompass them both, we will start to see progress.

Sally Smyth is a student at UC Berkeley’s Goldman School of Public Policy. She has been involved with efforts to build a more fair, healthy, and sustainable food system for almost ten years, and she is currently conducting research on food retail jobs with UC Berkeley’s Food Labor Research Center, the United Food and Commercial Workers Union (UFCW), and the Food Chain Workers Alliance. Read more >