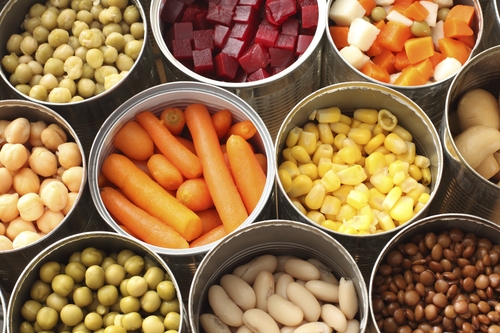 The Food and Drug Administration recently announced two sweeping programs for protecting Americans from contamination in our food.  Every year tens of thousands of Americans get sick from the presence of Salmonella, E.coli, and other bacteria in the food we eat. These new programs will help prevent some of the contamination from happening in the first place.

This is a welcome departure for an agency better known for paralysis than prevention. Perhaps this bold New Year’s announcement means the FDA is kicking off a new focus on shielding Americans from harm. Or perhaps the agency will simply fall back into its familiar pattern of delay.

For as welcome as the new food safety programs are, the FDA is still plagued with problems. It moves at a glacial pace in the face of pressing health hazards, like its three-decade-long refusal to act on its own findings that the use of antibiotics in livestock feed threatens human health. It takes a “see no evil” approach to detecting toxins in food and consumer products, like its habit of testing only 0.00002 percent of fruits and vegetables for pesticide residues. And it fails to follow consistent or transparent guidelines for determining what is safe, like its decision to set much weaker standards for oil contamination in seafood after the BP disaster than it did after the Exxon Valdez spill.

These are chronic and persistent challenges, yet the agency includes many talented professionals dedicated to keeping Americans safe. These staffers could help steer the agency toward a greater emphasis on precaution, independent science, and public accountability.

Meanwhile, some outside pressure may quicken the pace of change. Traditionally the agency has not received the kind of public scrutiny the Environmental Protection Agency, the Department of Interior, and other agencies have. Then in 2011, NRDC filed the first-ever lawsuit urging the FDA to address the misuse of antibiotics in livestock feed. A year later, a federal court ordered the agency to finally act on this known health hazard. With that case and several other legal actions, NRDC has put the FDA on notice that we are watching the agency closely and will hold it accountable as necessary.

It’s time to fix the FDA. If the agency addresses the following three threats to public health in 2013, we will know the FDA is serious about ending its paralysis and protecting the American people.

1.  End the Misuse of Antibiotics in Industrial Livestock
Eighty percent of all the antibiotics sold in America are used in livestock, not humans. This practice causes bacteria resistant to antibiotics, or “superbugs,” to thrive. These superbugs don’t stay on the farm. They can spread to humans and can lead to infections that are difficult or impossible to treat. Back in 1977, the FDA concluded that feeding antibiotics to farm animals was a threat to human health, and yet it did next to nothing to stop it over the next three decades. NRDC helped break the logjam: we took the FDA to court and won—twice. FDA has appealed the decisions and has proposed voluntary guidelines that leave action up to industry. The Court of Appeals will decide the issue, but the FDA shouldn’t need outside prodding to step forward and take decisive and meaningful action on this serious public health issue that is making essential medicines less effective. It should take binding action to stop the practice of feeding animals antibiotics at low levels day after day that kills only the weakest germs, leaving behind only the ones that are hardest to kill.

2. Stop the Use of Triclosan
Triclosan is a chemical additive in antibacterial soaps. Back in 1978, the FDA was considering banning triclosan from soaps because it was no more effective at fighting germs than traditional soap, and it was linked to problems with the brain, liver, and spleen. And yet the agency did nothing to limit its use. Over 30 years later, more science has emerged that triclosan interferes with hormones essential for development of the brain and reproductive systems. It has become so widespread that has been found in 75 percent of Americans over the age of six. The agency says that in light of safety concern, it was reviewing all available evidence and would share its triclosan findings in the winter of 2012. The year ended with no new findings from FDA. This was after it missed its summer of 2011 deadline. 2013 must be the year the agency issues its new findings—more than three decades after it released its original findings. But that is not enough. It must act on those findings and ban the use of this ineffective and hazardous additive in consumer products.

3. Protect Against Chemical Contamination of Food
The FDA’s new food safety programs begin to address the bacterial contamination in food. But that is not the only threat to America’s food supply: chemicals from pesticides and food additives also pose a significant risk to people’s hormone function, reproductive health, and brain development. The FDA has consistently failed to shield Americans from these harms. Right now, for instance, it only tests for illegal pesticides on about half a dozen bananas a year. Yet even with its limited testing, the FDA routinely finds unacceptable levels of pesticide residues on food, suggesting people are being exposed to toxic chemicals on produce. People are also exposed to steady doses of BPA—a chemical added to canned foods and other containers. BPA alters the development of the brain, prostate, and breast tissue. For the past five years, the FDA has been reviewing the safety of BPA in the food supply. Previous safety assessments have been summarily dismissed by outside scientific experts, and the agency was sent back to the drawing board. Perhaps in 2013, the FDA will finally release a scientifically robust assessment of BPA in food packaging. Meantime, it should also dramatically expand its testing programs for other known chemical hazards in the food we eat and hold companies accountable when they violate standards.