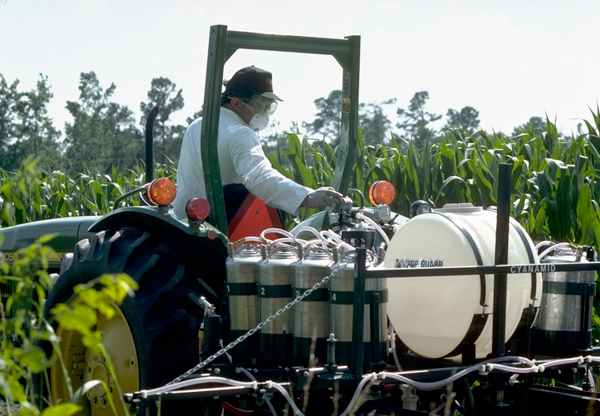 Twitter-land was abuzz last week with news that a formerly ardent critic of genetic engineering (GE) has recanted his position. Mark Lynas gave a long mea culpa speech at the Oxford Farming Conference, in which he apologized to the world for tearing up GE crops back in the day, and for what he described as his “anti-science environmentalism.”

Unfortunately, Lynas then went on to ignore the weight of scientific evidence (more on that below). He claimed that GE crop production is good for biodiversity and necessary to feed the world, that organic farming is bad, and that “there is no reason at all why avoiding chemicals should be better for the environment.” He then quickly slammed the door shut on public debate, pronouncing “discussion over.” Many of us in the global scientific community were left shaking our heads, bemused if disappointed in Lynas’ anti-science rhetorical flourishes.

Less rigorous was the response of journalists at the New York Times, New Yorker, L.A. Times, Slate and the Economist, who essentially reprinted large swaths of Lynas’ speech, congratulating him on his “courageous” about-face, without bothering to investigate the veracity of any of his claims. In so doing, they’ve demonstrated their adroit use of the copy-paste function on their keyboards, but little else.

Lynas went wrong in several areas. First, he claims that GE crops are critical to feeding the world. There are two fundamental problems with his reasoning: a) GE crops do not increase yield and b) focusing on productivity is not actually the way to solve world hunger.

Taking the second, larger point first: people are hungry because they cannot afford to buy food. They cannot afford food because they are poor, and their poverty is related to a host of complex political, social, economic and environmental factors. It turns out that things like global trade policies, land tenure, commodity speculation, corporate concentration ratios and biofuel mandates are more direct determinants of hunger than a crop plant’s intrinsic yield.

That is why the most comprehensive global assessment of agriculture to date — the World Bank and U.N.-sponsored International Assessment of Agricultural Knowledge, Scientific and Technology for Development (IAASTD), authored by 400 scientists and development experts from over 80 countries — highlighted the urgent need to undertake major shifts in governance, trade, finance and development policies in order to “feed the world.” This could be achieved, says the IAASTD, by rebalancing power in the food system, supporting small-scale farmers and advancing social equity.

The IAASTD — and numerous other U.N. reports — have also concluded that increasing investment in agroecological and diversified farming systems is crucial to meeting the closely interconnected climate, water, energy and food challenges of the 21st century. According to the UN Special Rapporteur on the Right to Food, agroecological farming can double food production within 10 years, while mitigating climate change and alleviating poverty.

And on a purely practical level, one of the most cost-effective and sensible ways to address global food needs is to reduce food waste. From 30-50% of food produced globally goes to waste, according to a report out this month from the UK-based Institution of Mechanical Engineers.

In contrast, GE seeds were considered by IAASTD scientists unlikely to contribute to equitable and sustainable development or do much to reduce global hunger and poverty.

But does GE at least increase productivity?

Here too, GE seeds miss the mark. After 25 years of research, 14 years of commercialization and millions of dollars in public funding, GE has failed to deliver. GE crops neither increase yield nor provide nutritional benefits. U.S. land grant universities have even documented “yield drag” with losses of 5-10% in GE soy.

Lynas dismisses the notion that GE crops increase pesticide use. The reality is that herbicide-resistant GE seeds have driven enormous increases in pesticide applications over the past 16 years.

Virtually 100% of GE crops planted worldwide have been engineered to be used with herbicides or contain insecticidal toxins, or both, according to industry data. As superweeds and superbugs evolve resistance to GE crops and their associated pesticides, farmers resort to more chemical use, not less. This is happening in the U.S., India, China and South Africa.

The latest analysis of data out of Washington State University shows that GE crops have driven up overall pesticide use across the country, contributing to a 527 million pound increase in herbicide use between 1996 and 2011. And last year alone, GE crops used 20 percent more pesticides on average than non-GE crops.

This is the pesticide industry’s dirty little secret: GE seeds are engineered to be the growth engine of the world’s biggest pesticide companies, not the green solution to the world’s food needs.

Will this change? Not anytime soon. Most of the “new generation” GE crops developed by Dow and Monsanto — and currently in the USDA pipeline awaiting agency approval—have been engineered for use with older and more hazardous pesticides like 2,4-D and dicamba. 2,4-D resistant corn alone is expected to drive a 25-fold increase in the use of 2,4-D on corn over the next six years, and weed scientists are predicting a new epidemic of herbicide-resistant “superweeds.”

In addition to the emergence of superweeds, pesticides drifting off-target to damage neighboring crops is a key concern among farmers. This is why the Save Our Crops coalition of conventional farmers objects to the new generation of herbicide-resistant GE crops, a fundamental concern powerfully stated by Indiana soybean farmer, Troy Roush, in the video below.

What about organic farming?

Lynas also claims that GE agriculture protects biodiversity and that organic agriculture is no better for people or the environment. Yet by definition, organic farming removes chemical pesticides from the environment, thereby protecting farmers, farmworkers and their families, rural communities and children (as well as workers at pesticide manufacturing facilities) who bear disproportionate risks from pesticide exposure. See any number of articles by my co-worker Kristin Schafer, who tracks the science documenting health impacts of pesticides. The literature on environmental harms of pesticides is likewise vast.

In terms of biodiversity, it is GE soy in Brazil and Argentina — not organic farming — that drives Amazonian deforestation, threatening the region’s fauna and flora. The IAASTD Latin America report cites damage to the Amazon, the Cerrado in Brazil and the Yungas forest in Argentina from the expansion of GE soybean plantations there, and calls for measures prohibiting the transfer of GE seeds among countries that are centers of genetic diversity for those crops.

Lynas goes on to accuse organic farmers of violating the rights and ability of GE farmers to produce their crops. In reality, it’s the other way around: GE production threatens both organic and conventional farms and rural livelihoods with chemical drift and genetic contamination.

Finally, while hunger is not a matter of scarcity, it is worth noting that organic, small-scale farming can feed the world. A comprehensive examination of nearly 300 studies worldwide shows that organic farms in developing countries outperformed conventional practices by 57%, and that organic agriculture could produce enough food, on a per capita basis, to provide 2,640 to 4,380 calories per person per day — more than the suggested intake for healthy adults.

An in-depth UNEP/UNCTAD report on organic agriculture and food security in Africa likewise concluded that organic farming provides one of the most robust solutions to that region’s food needs. For decades, cutting-edge research by the international Research Institute of Organic Agriculture (FiBL), the Rodale Institute and the Organic Farming Research Foundation has spearheaded scientific progress in the field and continues to demonstrate organic farming’s high levels of water and land use efficiency.

Science works best when done democratically; that is, in ways consistent with democratic values of transparency, accountability and participatory decision-making.

When Lynas concluded his speech, “I don’t know about you, but I’ve had enough. The GM debate is over. It is finished,” he rejected both science and democracy. That’s really too bad.

Fortunately, we have many genuine models of science and democracy in action. When professional scientists engage respectfully with farmer-scientists, amazing things happen. When rural communities engage in grassroots science — whether monitoring pesticide drift in California, evaluating predator-prey dynamics in Indonesia, or tackling cassava mosaic virus in the Congo — we all benefit.

It’s past time to move on from debunking empty arguments, and get back to the inspiring, creative work that so many are already engaged in: building vibrant food and farming systems and crafting smart policies, grounded in science and dedicated to the proposition that honesty, transparency and civic engagement matter.