The Diet-Climate Connection: How the Foods We Eat Affect the Planet | Civil Eats

The Diet-Climate Connection: How the Foods We Eat Affect the Planet 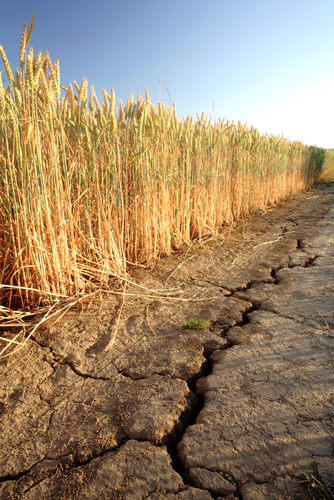 With the droughts, heat waves, wildfires and hurricanes of 2012 fresh on our mind, it may be an opportune moment to examine the connection between these extreme weather episodes and our warming planet. One aspect that is often overlooked is the surprising relationship between the foods we eat and climate change.

A new public radio project, called “The Diet-Climate Connection” examines how the environment is affected by the foods we eat and the food system that produces them, in some cases emitting substantial greenhouse gases. Why this is so and choices individuals can make to lower their “food footprint” is explored in depth in audio documentary segments with climate scientists, citizen activists, public health experts, and others.

This project was created in association with WGBH/Boston and distributed worldwide by NPR. Each segment explores how different individuals and organizations across the nation are tackling this issue. For example, the first segment discusses how diet-climate concerns are playing out in higher education. We visit the campus of Carleton College, in Northfield, Minnesota. Students and administration there share a commitment to environmental responsibility. The food service on campus has also followed suit and has adjusted their menu offerings accordingly.  This movement towards becoming more environmentally conscious is currently reaching more than 200 U.S. campuses, where students are pressing for more sustainable dining services, including and emphasis on locally-grown food (which reduces their carbon footprint by minimizing heavy-emission, long-distance transport of food).

Another segment delves into how public school cafeterias, which are changing in response to new U.S. federal policies that pay greater attention to healthier meal options than were typically available in the past. For example, Codman Academy, a public charter high school in Boston’s inner city, banned junk food from campus and the buying of fast food during school hours. Instead, students can access veggie-burgers, low-calorie foods, and healthier options. With a similar goal in mind, public schools in Burlington, Vermont have prioritized supporting local agriculture to provide students with healthier food options (and have recognized the environmental benefits as well).

In the third segment, Diet for a Hot Planet author Anna Lappé  (daughter of Frances Moore Lappé, whose ground-breaking 1971 book Diet for a Small Planet laid the basis for today’s understanding the link between the environment and the food we eat), discusses how our food choices affect the daunting problem of climate change. This segment also explains how heavily industrialized agriculture, especially the conventional production of livestock- produces significant emissions of greenhouse gasses.

Further, damage to the environment results from the growing of so many feed crops for the animals (and the clearing of forests to grow them) and the animals’ own waste products. This waste also produces potent heat-trapping gasses. Alternatively, crops grown directly for people have smaller environmental impact. This information leads us to understand that it is possible to combat climate change by reducing our consumption of animal products (especially dairy and red meat). We can instead enjoy more fruits and veggies as well as non-animal sources of protein, which can do much less environmental harm. And we learn about the global Meat Free Mondays campaign, and listen to Paul McCartney’s song about it!

Finally, we hear a segment on the importance of growing locally and thinking globally. As only two percent of Americans are now working on farms, many of us are unaware of the industrial operations that produce most of our food. However, there is a new movement that brings together people in vibrant gardens and small urban farms, where they grow tasty, nourishing food, save money, and get to know their neighbors while combatting climate change.

In addition to the audio content, you can download a small eBook at no charge, called “The Climate-Friendly Food Guide.” Using the information provided in the four segments of “The Diet-Climate Connection” and the food guide, we not only make a positive impact on our environment and minimize our carbon footprints, but we reap the personal benefits as well – including improved health and becoming a part of a global movement.

Heard nationwide on public radio, David Freudberg, Executive Producer at Human Media (in the Boston area), has written and edited more than 700 productions. These include over 100 full-length nationally broadcast documentaries on such themes as: human values, personal growth and recovery, ethics, preventive and natural medicine and history. Read more >