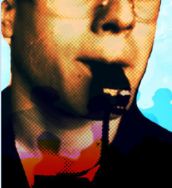 ‘Tis the season for giving thanks, counting blessings and reflecting on the year past. While many Americans may not be aware, we can all now be grateful that on November 27, President Obama signed the Whistleblower Protection Enhancement Act (WPEA) into law, providing federal government employees with the power to speak the truth … which consequently gives all consumers the gift of safer eating.

How? Because now, more than 110,000 USDA and FDA employees enjoy solid whistleblower protections, and can feel more secure to speak up when they see something wrong with the food we eat.

Retaliation against truth-telling public servants is an all-too-common scenario, and has caused would-be whistleblowers to keep public health concerns to themselves for far too long. After 13 years of fighting for better protections (including previously losing this battle to an anonymous ‘secret hold’ by a Senator at the last minute in 2010), whistleblower advocates like my group, the Government Accountability Project (GAP) are ecstatic to see this positive step forward.

Before this legislation was enacted, loopholes made it nearly impossible for employees of conscience to escape retaliation or termination for doing what they thought was right – exposing problems in our food system. Now, when a person is not the first one to disclose the particular misconduct, or blows the whistle while carrying out job duties, or makes a disclosure to a supervisor (believe it or not, these were not covered before), s/he is protected against such retaliation. Check out a fuller list of protections here.

The effect of the law is real, and powerful. GAP’s Food Integrity Campaign (FIC) has worked with numerous federal whistleblowers in the past who witnessed threats to our food supply, and would have greatly benefited from these new protections. Just months ago, USDA inspectors sought GAP’s services to help them anonymously voice concerns that the agency’s proposed poultry inspection plan, known as HIMP, would (among other shocking effects) limit federal inspectors to one-third of a second to examine chicken or turkey carcasses, due to increased line speeds. These inspectors didn’t feel secure voicing their objections publicly, knowing they risked demotion or firing for crossing the USDA (Check out this ABC News interview that shadows one of the recent USDA whistleblowers, mafia-source style, to conceal their identity). The now-passed WPEA empowers such brave insiders.

Another key whistleblower who needed better legal safeguards was the late Dr. Dean Wyatt, a former GAP client and USDA public health veterinarian who exposed horrific inhumane handling at two different slaughterhouses. For speaking out, he faced harsh retaliation, including a transfer across the country. Now, veterinarians who face similar experiences have the legal backing in their favor.

The battle to empower all food workers is far from over. These new protections make a difference in thefederal sector. And corporate workers exposing problems with FDA-regulated products are covered, thanks to the 2011 Food Safety Modernization Act. However, a gaping hole in protections still exists – those for private industry workers who monitor USDA-regulated products like beef, poultry, and pork. That’s a huge chunk of our food supply that is vulnerable. FIC and others will be working to make those regulations a reality in the coming year.

But remember, for now, there’s much to be thankful for. Each step in improving protections for brave truth-tellers is a step toward better accountability and transparency in our convoluted food system. Let’s keep this momentum going.