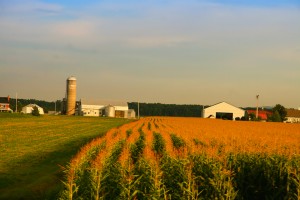 As of this week, our nation’s food and farm policy in the form of the 2008 Farm Bill has officially expired, with no workable replacement. There are many who see this as a better course of events than the passage of one of the new, admittedly imperfect, bills passed by the Senate and proposed in the House.  Others view congressional inaction as no big deal.

We beg to differ.

The farm bill is the nation’s major food and agricultural policy vehicle and is about much more than the big ticket items: food stamps, crop insurance, and commodity support.  The farm bill is also about conservation and environmental protection, rural economic and community development, food system reform and agricultural research.  Here’s what’s at stake:

With no new farm bill or extension, the programs that address rural and urban job creation, natural resource conservation, renewable energy, and improved production and access to healthy food are in big trouble.

With the expiration of the farm bill, farmers will not be enrolling sensitive land in ecological restoration projects.  Training opportunities for the next generation of beginning farmers will dry up.  Microloans to the very small businesses that drive economic recovery in rural America will cease.  Emerging farmers markets in rural and urban food deserts will not have access to startup grants.  Organic farming researchers will not be able to compete for any dedicated research funds.

Grants to encourage on-farm energy conservation, to fund fruit and vegetable research, to assist minority and tribal farmers, to rebuild local and regional food systems, to invest in emerging farmer and community owned food businesses with high consumer demand, and to transfer land to young farmers will also be put on hold.

These are casualties of Congressional inaction. Many commentators note that SNAP (food stamp) benefits and federal crop insurance subsidies, the two largest categories of farm bill spending, continue unabated, and that is true. But they’re missing the fact that these lesser-known programs have no funding starting on Monday.

These lesser-known farm bill programs have an outsized impact.  They drive innovation.  They create jobs.  They help solve environmental problems and boost energy independence.  They support the next generation of farmers and food entrepreneurs.

When the Senate passed a new five-year farm bill in June, it was difficult to imagine we would find ourselves in this situation. The House Agriculture Committee passed its version in July with bi-partisan support, but the House left town last week to go home and campaign without House Republican leaders ever bringing the new farm bill to the floor for amendment and approval.   Now Congress is tasked with passing a new farm bill during the short, busy lame duck session after the election.

Many House members are trying to reassure their constituents that because food stamps and crop insurance are taken care of, and because there is a little bit of time before commodity subsidy programs implode, it was all really no big deal to kick the can down the road.

Don’t try telling that to young farmers enrolling in training programs, to landowners trying to restore wetlands, or to researchers working to make a healthier and more sustainable food system.  They know they have been left in the lurch and they are looking to Congress to do the right thing and return after the election to get a new farm bill finished and signed into law.

As a nation, we need to keep food stamps working and we need a better, less costly and fairer farm safety net. But as important as those goals are, the farm bill is about much more than that.  Congressional dithering has put movement toward achieving a 21st century food and farm policy at risk.  The first programs to be shut down starting October 1 are precisely the ones that invest in a more equitable, sustainable, opportunity-generating farm and food system.  Despite the words of assurance to the contrary, this really is a big deal.