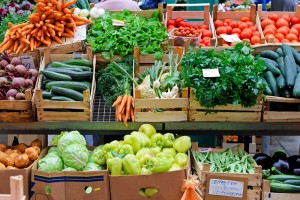 It happens like clockwork; every few months, a rant against local and/or organic food appears in one of the papers of record. The author is nearly always an educated man who uses the words “elite” and “elitist” at least 175 times while defending today’s corporate food system and implying directly or indirectly that changes to the status quo—which often inherently begin with those who can afford to make them—should be seen as suspect at best, and downright damaging at worst.

There was James McWilliams’ 2009 book, Just Food: Where Locavores Get It Wrong and How We Can Truly Eat Responsibly, and the whole array of anti-locavore screeds that accompanied it in the Atlantic and The New York Times. And among the many others that have come since were James Budiansky’s 2010 claim that locavores needed math lessons and Canadian academic and author Pierre Desrochers’ recent book, which argues that “locavores do more harm than good.”Then last week, Roger Cohen, a British columnist for The New York Times and its European counterpart, the International Herald Tribune, joined the chorus by calling organic food a fable. In the op-ed, which was prompted by a Stanford University mega-study which questioned the nutritional value of organic foods and topped theTimes’ most-emailed list over the weekend, he took an all-too-familiar tone:

Organic has long since become an ideology, the romantic back-to-nature obsession of an upper middle class able to afford it and oblivious, in their affluent narcissism, to the challenge of feeding a planet whose population will surge to 9 billion before the middle of the century and whose poor will get a lot more nutrients from the two regular carrots they can buy for the price of one organic carrot.

Ah, there they are again—those narcissistic, organic-eating straw men we all know and love. But Cohen doesn’t stop there. He dismisses organic as an “effective form of premium branding,” compares feeding your child organic baby food to sending them to private school, calls it an “elitist, pseudoscientific indulgence shot through with hype,” and returns to the oh-so-familiar assertion that organic can’t possibly feed our growing population in the years to come. It’s along these lines that he cries out: “I’d rather be against nature and have more people better fed.”

My first instinct with rants like this is always to ignore them. Especially since critics like Cohen have become so predictable in the dichotomy they return to again and again: The starving people here and in the developing world versus the wealthy Whole Food shoppers only interested in status and nostalgia. Oh, and premium brands, of course. I can’t ignore it this time, though—partly because this argument actually seems to work on some people. And the fact is premium brands—and the lifestyle marketing that often accompanies the higher-end organic products—are actually pretty obnoxious. But does that detract from the core purpose of organic agriculture? Not in my eyes, no.

I’m not going to take up space with a lengthy discussion of the value of organic food. Lord knows such discussions have been flooding the airwaves this week. As many have pointed out since the Stanford study was released, the nutritional value of the food has never been the main point of organics. And the study did conclude that organic is a significantly better choice when it comes to the presence of pesticide residue on produce and antibiotics in meat. But don’t take my word on it. I’ve collected a roundup of responses from a variety of smart people here.

Furthermore, Cohen also does a surprisingly good job of arguing for organics in his op-ed. He writes:

Now let me say three nice things about the organic phenomenon. The first is that it reflects a growing awareness about diet that has spurred quality, small-scale local farming that had been at risk of disappearance.

The second is that even if it’s not better for you, organic farming is probably better for the environment because less soil, flora and fauna are contaminated by chemicals (although of course, without fertilizers, you have to use more land to grow the same amount of produce or feed the same amount of livestock.) So this is food that is better ecologically even if it is not better nutritionally.

The third is that the word organic—unlike other feel-good descriptions of food like “natural”—actually means something. Certification procedures in both the United States and Britain are strict. In the United States, organic food must meet standards ensuring that genetic engineering, synthetic fertilizers, sewage and irradiation were not used in the food’s production. It must also be produced using methods that, according to the Department of Agriculture, “foster cycling of resources, promote ecological balance and conserve biodiversity.”

Um, yeah—that definitely sounds like a bunch of pseudoscience to me.

If I had the opportunity to wander around a Whole Foods with Cohen, I would dare him to find a single person in the store who wouldn’t identify the factors he’s listed above—“quality, small-scale local farming”; “food that is better ecologically”; and “standards [that ensure] that genetic engineering, synthetic fertilizers, sewage and irradiation were not used in the food’s production”—as critical. Much more critical than, say, looking bougie. In fact—if they’re anything like me—I’m guessing many of those people walk in to Whole Foods despite the fact that it will make them look bougie, for the exact reasons Cohen lists above.

Many of those same people are probably planning ahead, buying in bulk, and cooking at home more than is fun or convenient just to make it affordable to eat whole, local, and organic food. (Nothing says elite like scooping whole grains out of big plastic bulk bins and into plastic bags!) Some may also be spending less on other things—like iced lattes, for instance, or stuffed animals.

And it’s certainly not a simple division between “the people who eat all organic” and “everyone else.” As Kim Severson points out in today’s article, “More Choice, and More Confusion, in Quest for Healthy Eating,” most people are filling their grocery baskets with a “tumble of contradictions.” Severson speaks with a shopper whose basket is filled with “organic cabbage and jar of Skippy peanut butter. A bag of kale and a four-pack of inexpensive white wine. Pineapples for juicing and processed deli meat.”

What I like about the honesty of that portrait is that it hints at a larger truth: Few people view their food choices in an all-or-nothing fashion.

If we all ate, say, 20 percent organic food, it could make a real environmental impact (from fewer greenhouse gases in the atmosphere, to less weed killer in the water quality, to fewer miles of aquatic dead zone in the Gulf caused by synthetic nitrogen fertilizer). If we all ate 20 percent local food from small farms whose values we supported, we’d do a lot to keep those farms thriving; we’d also keep farmland from being developed at its current, rapid pace.

Cohen’s assertion that we must go against nature to “have more people better fed” clearly stems from hard facts about how many of us the planet can sustain. An he’s right—we do have to think carefully about the future of food on this planet. But I’d refer him to the argument some folks have been making for, oh, at least four decades that eating fewer resource-intensive foods (such as less meat and dairy) and reducing the 40 percent of food that we waste in this country (not to mention educating more women in the developing world and providing them with access to birth control as a way of stemming some of that population tide) would go an awful long way toward ridding us of that apparent Sophie’s choice.

But all that assumes that rants like Cohen’s are intended to be a genuine part of the ongoing, complex discussion of what to eat sustainably and why—an argument that I’ve seen shift and flex and adapt to new science quite a bit over the last decade. Cohen wants none of the above. This was made most clear to me when he asserted, in the op-ed’s last paragraph, that organic food is “a fable of the pampered parts of the planet—romantic and comforting.”

In fact, Mr. Cohen, I’d argue that the drive many of us feel to transform our impersonal, toxic, highly industrialized food system stems neither from romance nor comfort (although aspects of both can no doubt be found in food). On the contrary, it stems from a deep discomfort with what we’ve done to the land, the ocean, and our bodies over the last half-century, and an accompanying willingness to keep trying—even in the face of some very bad odds—to reverse it.

Photo: at the farmers market, by Shutterstock