There’s Nothing “Cool” About Wasting Food 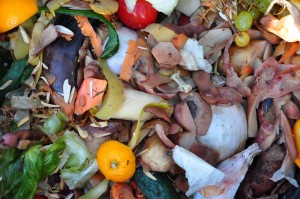 There has been a parade of headlines lately about the shocking statistic that approximately 40 percent of the food in the United States is thrown away. Even allowing some room for error, this level of waste is staggering on many fronts.  For starters, in 2010, 17.2 million households were classified as “food insecure”—a euphemism that spells millions of hungry people in our country. Then, there are people like farmers, farm workers and ranchers who labor exhaustingly to grow our food, so it’s pretty inexcusable that we don’t even eat it. On top of it all, this level of food waste represents massive amounts of squandered fresh water and energy—increasingly precious resources that we can’t afford to throw away.

“Plan ahead to prevent food waste” is one of the five core principles of the Center for Food Safety’s Cool Foods Campaign. One of the reasons we focus on preventing food waste is because food is the single largest component of municipal solid waste reaching America’s landfills and incinerators. In 2010, Americans generated more than 34 million tons of food waste, accounting for almost 14 percent of all municipal solid waste. Municipalities diverted about three percent of the food through composting programs, but waste streams carried the rest—33 million tons—into landfills.

While it may not be obvious, there are serious climate implications to this waste. Many Americans would be surprised to learn that a distinctly different fate awaits food that breaks down in a compost pile compared with food that ends up a landfill. In a compost pile, food scraps decompose with the help of air, dirt, and micro-organisms, and the food eventually becomes healthy, re-useable soil. However, while compost piles are frequently turned to keep them aerated, landfills are compacted so tightly that they don’t allow in sufficient air. So, when food ends up in landfill, it decomposes without oxygen (anaerobically), creating methane gas.

With 21 times the global warming potential of carbon dioxide, methane (CH4) is a potent greenhouse gas. In the United States, landfills account for more than 20 percent of all of methane emissions. If we stopped sending plant-based materials (food and yard waste) to the landfill in favor of composting them instead, we could reduce methane emissions significantly. This would contribute to the critical work of stabilizing the earth’s climate. Of course, turning food waste into compost has multiple benefits below-ground too, such as improving soil health and structure and increasing drought resistance. Additionally, by sending less to the landfill, municipalities avoid recurring dump fees and stand to save significant money.

Cities like San Francisco, Seattle, Boulder, and Portland, OR are leading the way with municipal composting, wherein citizens can put table scraps alongside their garbage collection, rather than mixed in with it. Meanwhile, Santa Monica, California not only has city-wide food and green waste composting, but actively works to prevent food waste as the first municipal signatory of the Cool Foods Pledge. The encouraging news is that the number of communities in the U.S. with residential food waste collection service has grown by more than 50 percent since 2009.

Yet, with only three percent of food waste being composted we still have a long way to go. Now that you understand the human and climate consequences of food waste, you know that composting is the “cool” thing to do.