All You Need to Know about Natural Wine, In Your Inbox | Civil Eats

All You Need to Know about Natural Wine, In Your Inbox 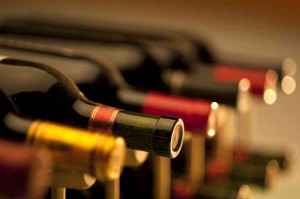 Over a decade ago I was so fed up with wine I was ready to jump to cocktails. Given that I am a wine writer, it was a devastating thought. At the time I was writing a guide and power tasting my way through too many bottles. Inexpensive or high-end, the majority of  wines were cloying, boring, smacking of cherry vanilla.  Additionally they came in one size—jumbo.  Delicacy and nuance was lost and very few wines showed their terroir, or sense of place. Few were farmed organically. But I don’t eat processed food, why would I choose a wine made that way?

Happily, I found my platform and my mission. What kept me from jumping ship was stumbling upon a group of underground vignerons working in a minimalist way, despite the current trend. Back then these wines mostly came from France, a dozen years later, this genre has spread around the world with a blossoming of shops, wine bars and importers specializing in them. it’s nothing short of a revolution.

These wines are called ‘natural’ and it can be a sticky wicket of a word. People seem to have a knee jerk reaction to it, especially if they are defending the use of additives. Often the straw man argument gets pulled out of the hat, “The only natural wine is the one that ferments on the vine.” But the truth is that a grape needs man.  And, imperfect of not, the word has meaning for me.

For me it means at least organic viticulture, not only for a better flavor but also better for the environment and our bodies. Their vinification is simple—minimal handling. These free-range chickens of the wine world also come in all sorts of shapes and colors (even orange).  These are wines with soul and made with only one of the 200 approved wine ingredients: grape (and maybe a touch of sulfur). These winemakers don’t use machines to reduce alcohol or to change texture and they strive to express what nature wanted to give in one year. That adventure, that drink where man, culture, science and nature come together in a bottle is what hooked me in the first place.

In short, my definition is more a philosophy: a natural wine is made with the intent of nothing added or taken away. They’re a little harder to find, some of them are a little more difficult to understand, but many of them are utterly delicious. Worth the effort? Yes, I think so.  And so that’s why after years of people asking me where they can find a list of them or a newsletter and not being able to point them anywhere except for certain shops that specialize them, I decided to do it myself.

Coming early November, I’ll be debuting The Feiring Line, the real wine newsletter. Short and sweet. 20-25 wine recommendations that I find at the  height of deliciousness, a few short articles aimed at wine geeks, and more. It will be a work in progress and I’m relying on the reader to help me lead them to where they want to go. There’s a Kickstarter campaign and though I’ve reached my goal there, its a great way to sign up for the newsletter at a discount, and to vote for honesty in the wine world as well. Real wine can change your life. I’ve seen it happen.

Watch the video that tells you more about the newsletter here.