Devils in the Details: What Was Left Out of the Organic Study | Civil Eats

Devils in the Details: What Was Left Out of the Organic Study 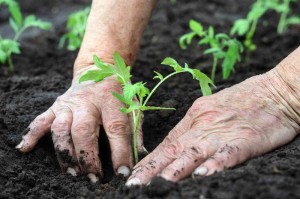 A comprehensive paper on the nutritional quality and safety of conventional versus organic food was published in the September 4, 2012 issue of the Annals of Internal Medicine (Smith-Spangler et al., Vol. 157, Number 5: pages 349–369). The Stanford University Medical School team concluded that:

“Consumption of organic foods may reduce exposure to pesticide residues and antibiotic-resistant bacteria.”

Their analysis loosely supports these conclusions, but many devils lurk in the statistical details underlying this study’s findings. For details, see the technical review of the Stanford study.

The basic statistical indicators used by the Stanford team to compare the nutritional quality and safety of organic versus conventional food consistently understate the magnitude of the differences reported in high-quality, contemporary peer-reviewed studies.  In the case of pesticides and antibiotics, the indicator used—the percent of samples of organic food with a trait minus the percent of conventional samples affected—is a valid indicator of human health risk.

The Stanford team did not consider extensive, high quality data from the USDA and Environmental Protection Agency (EPA) on pesticide residue levels, toxicity and dietary risk, as well as a persuasive body of literature on the role of agricultural antibiotic use in triggering the creation of new antibiotic resistant strains of bacteria, and the genes conferring resistance.

The team’s answer to the basic question “Is organic food more nutritious or safer?” is based on their judgment of whether published studies provide evidence of a clinically significant impact or improvement in health.  Yet few studies have been designed in a way that could isolate such impacts.

From my read of the same literature, the most significant, proven benefits of organic food and farming are: (1) a reduction in chemical-driven, epigenetic changes during fetal and childhood development, especially from pre-natal exposures to endocrine disrupting pesticides, (2) the markedly more healthy balance of omega-6 and -3 fatty acids in organic dairy products and meat, and (3) the virtual elimination of agriculture’s significant and ongoing contribution to the pool of antibiotic-resistant bacteria currently posing increasing threats to the treatment of human infectious disease.

The Stanford team’s study design precluded assessment of much of the evidence supporting these benefits, and hence their findings understate the health benefits that can follow a switch to a predominantly organic diet, organic farming methods, and the animal health-promoting practices common on organically managed livestock farms.

Over time, unbiased analysis coupled with modern-day science is likely to show with increasing clarity that growing and consuming organic food, especially in conjunction with healthy diets rich in fresh, whole foods, is one of the best health-promotion investments we can make today as individuals, families, and a society.

The Stanford team does not define empirically what it means by a food being “significantly more nutritious” than another food. In carefully designed studies comparing organic and conventional foods, organic farming leads to increases on the order of 10 percent to 30 percent in the levels of several nutrients, but not all.  Vitamin C, antioxidants, and phenolic acids tend to be higher in organic food about 60 percent to 80 percent of the time, while vitamin A and protein is higher in conventional food 50 percent to 80 percent of the time.

A team of plant and food scientists carried out a sophisticated meta-analysis of the “organic-versus-conventional food” nutrient-content literature. The team was led by Kirsten Brandt, a scientist at the Human Nutrition Research Center, Newcastle University in the United Kingdom.  Their analysis was published in Critical Reviews in Plant Sciences in 2011, under the title, “Agroecosystem Management and Nutritional Quality of Plant Foods: The Case of Organic Fruits and Vegetables” (Vol. 30: 177–197).

The Stanford paper cites this analysis but does not mention its findings, remark on the study’s scope and sophisticated methodology, nor acknowledge the major differences in the conclusions reached.

The Brandt et al. study both documents significant differences in favor of organically grown food and explains the basic farming system factors leading to the differences.  They conclude that increasing the amount of plant-available nitrogen, as typically occurs in conventional farming, “…reduces the accumulation of [plant] defense-related secondary metabolites and vitamin C, while the contents of secondary metabolites such as carotenes that are not involved in defense against diseases and pests may increase.”

This Stanford study raises more technical questions about analytical methods and metrics than it answers, and several of its “answers” are highly suspect.  Hopefully in the years ahead, improved methods under development in CSANR to compare food nutritional quality and safety will shed clearer light where now the shadows seem to be constantly shifting.

Originally published by The Campaign for Washington State University