Untimely Loss of Dairy Activist is Call to Arms 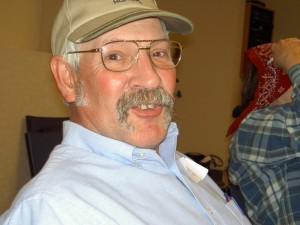 At a time when our nation’s family dairy farmers are in jeopardy of losing their farms and the independent dairy industry is in a state of volatility due to the price of milk paid to farmers, higher feed costs, corporate consolidation in the supply chain–and what many believe is a flawed pricing strategy–it was a huge loss when on August 7, 2012, Bryan Wolfe, a dairy farmer and activist, was tragically killed working his haybine on his farm in Rome Township, Ohio. He was 55.

According to Arden Tewksbury, Manager of the Progressive Agriculture Organization (Pro-Ag), Bryan was a well-known and respected dairy farmer activist who continually worked to obtain a fair price for all dairy farmers. He felt very strongly that a cost of production formula should be developed (like S-1640; the Federal Milk Marketing Improvement Act) to ensure all dairy farmers would have a fair chance to survive this RAT RACE that many dairy farmers are experiencing.

An obituary in Ashtabula, Ohio’s Star Beacon stated Wolfe’s incredible career in both farming and activism: “Bryan was a Dairy Farmer all his life and owned and operated Maple Lane Farms in Rome, Ohio since 1980 with his wife. His passion for farming went well beyond the boundaries of his home farm and he was an avid farming activist, who served with many organizations to be a voice for the family farms over his lifetime.   Among his involvement in such organizations: Vice President of the Ohio Farmers Union for four years. President of the Lake, Geauga and Ashtabula County Farmers Union for 12 years. He was a member of The National Family Farm Coalition (NFFC) for 10 years and served on the Executive Committee, Dairy Sub Committee, and Chaired the Credit Committee.   He also spent 10 years with the Family Farm Defenders.”

Wolfe was also an active member of Pro-Ag and the American Raw Milk Producers Pricing Association. According to Pro-Ag officials, Wolfe had developed a very workable relationship with Representative Steve LaTourette from Ohio, with meetings set up regarding amendments to the 2012 Farm Bill.

“Bryan tried passionately to change the federal polices that have been destroying dairy farmers and their rural communities since they were first implemented in 1981,” said Brenda Cochran, fellow Pro-Ag member, dairy activist and Bryan’s dear friend. “He made a personal commitment to see justice done for dairy farmers, never sparing himself in the effort to do so, whether it required long distance traveling to special meetings and federal hearings, making endless phone calls, contacting politicians, or reaching out to other farmers to get their support for whatever project he was working on, all the while struggling to keep everything going on his own farm with his wife Diane.”

His final project in this effort was completion of the paper he wrote for Representative Steven LaTourette in late June. The paper, called “Time for Real Change: Overview of the Challenges Threatening American Dairy Farmers and the Role Government Must Play to Correct These Inequities” is being called “Bryan Wolfe’s ‘White Paper,’” and it has been very well received. Said Cochran: “Many of us who worked with Bryan so closely over the years know that this paper embodies Bryan’s beliefs about dairy farmers, consumers’ rights to access fresh, unadulterated, local milk and dairy products, and the federal government’s role in the dairy farmer crisis and what must be done to correct the injustices overwhelming dairy farming families everywhere.”

At the heart of the matter is a reform to the current federal raw milk pricing formula that currently does not include the dairy farmers’ cost of production.

As described in a letter to Congress written by Gretchen Main, a dairy farmer from Waterville, NY, the cost of milk sold on the market is unsustainable when compared to increased cost of feed and other farm costs necessary to producing milk; making the prospect of independent dairy farming unrealistic.

“Our advance check used to pay the feed bill, the phone bill, and the truck insurance,” said Main. “This past year it has barely covered the feed bill. In July it was $1,200 short of covering just the feed bill. I have a friend who milks 250 cows and their milk check was $6,000 short to pay their feed bill.”

Pro-Ag officials say it’s up to all of them now to work with Bryan’s associates in Ohio to help fulfill his efforts to obtain a dairy bill that would allow dairy farmers to cover their cost of production plus a reasonable profit.

“We really do not want to be a welfare class, but are pushed into it by a government pricing system that guarantees the processors a cost of production, but not the farmers who produce the milk,” said Main.

Some progressive dairy farmers have suggested they unite efforts to obtain what Wolfe wanted for all dairy farmers: To return profitability to family dairy farmers by helping them get a fair price without any form of a government subsidy. Some suggested actions that consumers and dairy farmers alike can take:

This is quite a list, however if we want to our family dairy farms to succeed and Wolfe’s death to not have been in vain, it is up to dairy farmers, activists and consumers alike to take a stand for the healthy and sustainable milk supply we all want.

Main’s message is clear, we are at the cusp of potentially losing ground on the rural foundation of the American food system. “We just can’t keep up when your input costs keep going up and there is no way that you can get your cost of production, much less make any profit with the flawed pricing system that we have,” she said. “At one time there were 18 farms on this road. There was more milk produced here than in all the rest of the county. Fourteen farms on my road are gone. Two of us might sell out and one sold 35 cows just to keep going.”