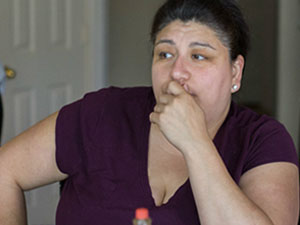 More Americans than ever before, 50 million, are in poverty. One in seven people rely on the government’s Supplemental Nutrition Assistance Program (SNAP) benefits, or food stamps. And they are not always the people you might expect. Formerly middle class families, recent veterans, college graduates and farmworkers are featured in this new photo essay, the latest report produced by the Food & Environment Reporting Network in collaboration with Switchyard Media, which first appeared on MSN.

Reporter Malia Wollan found that many of those featured are relying on foods like pasta and peanut butter to stave off hunger. Recent veteran Steven Johnson of Leander, Texas, was medically discharged from the Army in January, but has yet to begin receiving his disability benefits, which take an average of 394 days to process. After pawning jewelry and attempting to sell his TV on Craigslist, his family signed up for nutrition assistance. “Food stamps were the last resort for me,” says Johnson.

Half of all food stamps recipients are children. Another subject, Alejandro, a farmworker in the Central Valley of California, harvested tomatoes, chilies, oranges and pineapples this year. But when there is nothing to pick he goes without income for weeks, making it difficult for his girlfriend and their three children. Food stamps cover the basics. “If we had more money to spend I’d buy more milk and more juice for the children,” he says.
To view the slideshow, go here. 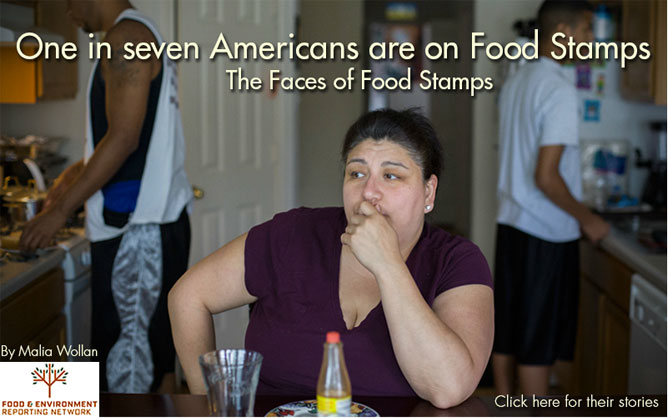 The slide show was originally published here on MSN.