The Obesity Paradox: Overfed But Undernourished 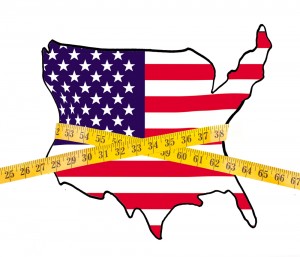 There was a time when corpulence was a sign of wealth and luxury. But in modern day Western countries, quite the opposite is true. In fact, a recent study found that fully one third of homeless people living in Boston are obese. “This study suggests that obesity may be the new malnutrition of the homeless in the United States,” wrote the researchers, led by Harvard Medical School student Katherine Koh, whose study is forthcoming in the  Journal of Urban Health.

And it’s not just the U.S. that is reporting these kinds of findings, a New Zealand study of preschoolers found that 82 percent did not get enough dietary fiber and 68 percent did not have enough long-chain polyunsaturated fatty acids, which are found in fish and nuts. Despite these nutritional deficiencies, the researchers also found that fully one-third of preschoolers are overweight or obese.

These findings highlight an interesting contradiction—obesity correlates with malnourishment. Research indicates that lack of proper nutrition—even when people over consume calories—is at the root of obesity. Part of the reason this seems contradictory is because nutrition science has long held that all calories are created equal and that with the right amount of caloric intake, it would be difficult to also be malnourished. Coincidentally, this is also what the food industry would have us believe. In a recent interview in USAToday, Katie Bayne, president and general manager at Coca-Cola said in response to Mayor Michael Bloomberg’s proposed ban on large size sugary drinks, “A calorie is a calorie. What our drinks offer is hydration. That’s essential to the human body. We offer great taste and benefits whether it’s an uplift or carbohydrates or energy. We don’t believe in empty calories. We believe in hydration.”

I asked senior research scientist at MIT and author of several papers on the subject, Stephanie Seneff, for a response to Bayne’s comments. “I hate this calorie is a calorie message,” Seneff said in a telephone interview. “It’s completely wrong. When you eat a high carbohydrate diet, especially a processed foods diet, you’re getting way too much fuel compared to all those other things you need. And this imbalance is what leads to the obesity profile.”

For comparison’s sake, eight ounces of milk provides about 150 calories, along with calcium, magnesium, vitamins A and D, protein, fatty acids, and many other nutrients (largely dependent on what the cows ate and the quality of the milk with organic and grass-fed being the most nutritious). An eight-ounce can of Coke with 100 calories provides virtually no nutrients (the label reads: Not a significant source of fat calories, saturated fat, trans fat, cholesterol, fiber, vitamin A, vitamin C, calcium and iron) but it does contain 27 grams of sugar in the form of high fructose corn syrup (HFCS).

Seneff said that she blames the soda industry in particular because this is where children are consuming large amounts of sugar. “If we did just one simple thing and had school children switch from drinking Coke to drinking whole milk this would have a huge difference,” she said.

Unfortunately, this will never be simple in part because the American Beverage Association lobbies hard to prevent any type of regulation for soda or for marketing it to children. In addition, the USDA’s MyPlate recommends low-fat and fat-free milks, which is what’s served in school cafeterias across the country. Seneff emphasized the importance of whole milk versus low-fat and fat-free milk because she believes the emphasis on low-fat foods in the American diet is largely responsible for our obesity epidemic, among other illnesses. “Children in particular need the fat desperately to develop their brains,” she said. “And this is why we have ADHD and autism. I think these problems are very much a consequence of our obsession with a low fat diet.”

But it’s not just brains that suffer as a result of our low fat diet, Seneff says, and she is not the first to attribute our low fat diet to our increasing obesity rates. The science writer Gary Taubes has been saying so for over a decade. The stigma against fats, particularly saturated fats appears to be waning (I wrote about this last year here on Civil Eats).

Seneff believes the major factors contributing to obesity are a deficiency in consuming fats, particularly animal fats and all of the nutrients that come with those fats; our overly-processed food diet (and specifically our consumption of HFCS); and our lack of exposure to sunlight. What’s more, according to her research, all three of these components amount to the perfect storm of metabolic dysfunction.

Carbohydrates and sugars in our diets compound the problem of our cell’s inability to digest and regulate the amount of sugar in our blood. “The key problem is the highly processed foods Americans eat, which have enormous amounts of carbohydrates, and carbohydrates that are already partially digested so that they move into the blood very quickly as sugar,”  Seneff said.

Seneff is working on a new theory that isolates one nutrient deficiency in particular that manifests as a result of the Standard American Diet. “In my studies, sulfate deficiency is everywhere,” she said. She believes this is at the root of many modern diseases as well as obesity. Where is sulfur found? In foods that are also high in cholesterol, like animal proteins and fish. Certain vegetables, like broccoli, cauliflower, garlic, and onions are also high in sulfate but as Seneff points out, these are often deficient in sulfate and other nutrients as a result of poor soil management and degradation of soil quality.

Finally, Seneff is concerned with our lack of exposure to sunlight, which coincidentally also produces cholesterol sulfate in our bodies. “It’s specifically a deficiency in sunlight exposure to the skin, which is much more than just taking a vitamin D supplement,” she said. “Cholesterol sulfate and vitamin D sulfate are both synthesized in the skin in exposure to sunlight, which is a wonderful way to deliver sulfate and cholesterol to all the tissues. Really, most Americans suffer from a cholesterol deficiency problem rather than a cholesterol excess problem but it’s demonized everywhere and it’s the exact wrong message.”

Another widely disseminated message from the food industry—it’s all about personal responsibility— appears rather faulty when we look at the findings from the study of obese preschoolers. Taylor, the lead researcher in the study, said that regulation had to be part of the answer. “There hasn’t been a massive decrease in the willpower of two year olds,” she said in a recent article. Instead, as the studies have found, it is about the poor quality of highly processed foods.

The study of the homeless in Boston confirms the fact that one can be food insecure while consuming an abundance of calories that lead to obesity. In fact, the term food insecure was coined to indicate that many people now experience access to plenty of calories but a dearth in real nutrition.

If these two studies and Seneff’s new research are any indication, it may not be long before the food industry will be proven wrong: All calories are not created equal, nor is it all about personal responsibility. Until then, pressuring Big Food to properly regulate and label foods might be the only way to curb our nation’s addiction to cheap, nutritionally void products. But time is of the essence—by current estimates one in three Americans will be diabetic by 2050 if things don’t drastically change.

Image: Map of America on a Diet, by Shutterstock