Americans Want More Fruits and Veggies for Everyone | Civil Eats 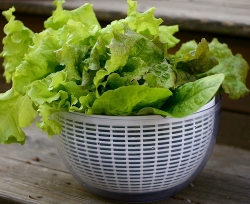