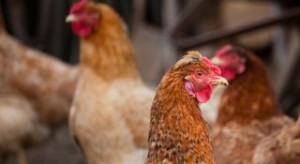 Maryland Governor Martin O’Malley Tuesday signed a bill banning arsenic in poultry feed, making his state the first to have a law against the practice on the books.

The new law, which takes effect Jan 1, prohibits the use, sale, or distribution of commercial feed containing arsenic and specifically mentions two Pfizer drugs that contain arsenic: Roxarsone, which the company voluntarily withdrew from the market last year, and Histostat, which is still on the market.

The move follows a U.S. Food and Drug Administration (FDA) study released last summer that found increased levels of inorganic arsenic in the livers of chickens treated with the Roxarsone. The new data raised concerns of a “very low but completely avoidable exposure to a carcinogen,” said Michael Taylor, FDA’s Deputy Commissioner for Foods, when FDA announced the company was withdrawing the drug in response to the study’s findings.

Arsenic is a known human carcinogen and has been linked to a variety of health concerns, including interfering in fetal development, but FDA said the levels found in their poultry study are low enough that consumers are not at risk eating poultry while Roxarsone is phased out of use in the United States.

It is not known how widely the drug might be stockpiled and still used today. When Pfizer announced the withdrawal, FDA said it did not have data on usage in poultry production.

Aside from food safety concerns, which have been raised for many years, there is also overwhelming evidence that feeding arsenicals to poultry has had a harmful impact on the environment.

Maryland knows the impacts first hand. According to Food and Water Watch, the state’s poultry producers spread 22,000 pounds of arsenic–which is found in the fecal waste–to farmland “which ultimately gets washed into waterways like the Chesapeake Bay.”

A recent study by researchers at the University of Maryland found that poultry fed Roxarsone produced poultry litter–the waste from production, which includes feces, feathers and bedding–that contains 2.9 to 77 times the arsenic than poultry not fed Roxarsone. Further, the team found that the arsenic in the litter broke down into inorganic, the kind known to be harmful to human health, and it accumulates in soil.