Cooking for Solutions: An Alternative to Chef-Provocateurs | Civil Eats

Cooking for Solutions: An Alternative to Chef-Provocateurs 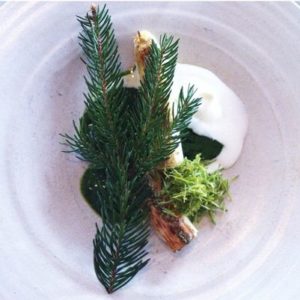 Chefs are artists. Good ones draw people in with their inspired plates and atmosphere–performance art meets flavor. While deliciousness at a restaurant is first and foremost, more patrons are now also making decisions about where to eat based on the values behind the food–like social justice for the workers, healthy growing practices, and support for local economies.

Last week in an interview with The New York Times, chefs Thomas Keller–who has received many awards for his creative approach to food at restaurants French Laundry and the Bouchon empire–and Andoni Luis Aduriz, of the restaurant Mugaritz in Spain, took the Damien Hirst approach to feeding people: It’s about the experience and whatever it takes to create radical and inspiring food is more important than the potential impact on the environment. “With the relatively small number of people I feed, is it really my responsibility to worry about carbon footprint?” remarked Keller.

Both chefs admitted that they buy local when they can, but didn’t want to focus on that as a practice. According to Aduriz, “to align yourself entirely with the idea of sustainability makes chefs complacent and limited.”

The good food movement would beg to differ. The proliferation of farm-to-table restaurants, farmers’ markets and small food businesses, and the increased visibility of food policy issues in the media all speak to a sea change under way.

Keller and Aduriz seem like dinosaurs when you compare them to younger chefs like René Redzepi of Noma, for example, who is proving that taking a local, values-driven approach to food can be inspiring, delicious and award-worthy. All three chefs’ restaurants are featured on the “World’s 50 Best Restaurants” list, but Noma is number one.

While the list is not at the heart of discussions around food, the chefs that appear there do wield an influence far beyond the people they feed day in and day out at their restaurants. As the article in the Times points out, “While their restaurants may be accessible only to the world’s 0.1 percent, chefs at top restaurants influence the entire global food community with the way they think, write, tweet, and talk about food—not just the way they cook it.”

This is not the first time Keller has made the case for quality above values. Only now, it sounds even staler than the day-old bread at Bouchon Bakery.

Food preparation can be a creative pursuit, but at the end of the day, chefs are just feeding people. They create an experience of flavor, but the results end up in someone’s stomach. And in requiring an agricultural product for their creations, a chef is reliant on nature’s whims in a way that most artists are not. This is why the locavore movement is not a trend easily dismissed, but part of a greater paradigm shift around how we view and value resources.

While reactions to the Times story continued on Twitter, scientists, advocates, and food policy media gathered last week at the Monterey Bay Aquarium for the annual Sustainable Foods Institute, part of Cooking for Solutions. The purpose of the event, according to aquarium Executive Director Julie Packard, is to explore “how the food choices we make affect the health of our soil, water, and oceans.”

In contrast to the antiquated remarks put forth by Keller and Aduriz, James Beard Award winner and owner and chef of the restaurant Dressing Room in Westport, CT, Michel Nischan, was present to be honored as Chef of the Year. He is also known for his work as President and CEO of Wholesome Wave, an organization that seeks to increase access to healthy food. They have had huge success to date through doubling the value of SNAP–food stamps–used at farmers’ markets, resulting in $1 million more spent on produce in 2010.

While not every chef feels inspired to use their celebrity and time to start an organization to help people who would probably never set foot in their restaurant, Nischan couldn’t be more in line with the food Zeitgeist. A growing number of chefs are now taking part in the evolving conversation on how we value food.

Chef Alexandra Guarnaschelli of the restaurant Butter in New York City remarked last week on a panel focused on food waste that, “Chefs can convince people to eat things that they don’t know about or normally prize.” She was eager for people to eat sardines and other forage fish, saying, “Let’s just stop eating tuna for 300 years.”

As a presentation at Cooking for Solutions by Jonathan Foley, Director of the Institute of the Environment at the University of Minnesota, demonstrated, chefs ignore the sustainability of their sources at their own peril.

Fixing this issue will require us to look beyond the next plate. Many great artists have produced world-renowned work within constraints. Similarly, chefs face a problem of resource scarcity that demands their creativity.

Photo: a recent plate at Noma restaurant in Copenhagen, by @ohgeffroy on Instagram.