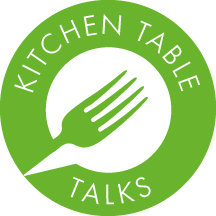 To buy local fruits, vegetables, and meat, we do not have to look much further than a nearby farmers market or community supported agriculture share. But to buy wheat flour, we have traditionally spent our dollars outside of the farmers market to find the product we use during all seasons. For a large part, the underlying reason lies in the industrialization of wheat production, which started in the 1880s with the advent of the steam roller mill. This large-scale mill turned out a cheap shelf-stable flour which essentially crippled regional grain markets. But as we begin to realize the detrimental economic and nutritional effects of the transformation of wheat to a commodity crop, regional grain economies are beginning to regrow across the country. Over the past five years, the necessary infrastructure has been put into place to process and sell grains at a smaller scale and keep profits within local communities.

When we talk about grains, we are referring to starch-rich hard seeds which grow on cereal grasses. Common grains include wheat, maize, rice, barley, oats, rye, and more. The anatomy of a grain consists of three parts: endosperm (starch), bran (fiber and fatty acids), and germ (fatty acids, nutrients, and proteins).

When processed, industrially grains are stripped of their bran and germ, leaving only the endosperm. The resulting processed grain lacks fatty acids, which prevents rancidity and allows for long-term storage–but it also lacks the core nutritional value of fiber, proteins, and other vitamins/nutrients. Whole grains contain the same proportions of the bran, germ, and endosperm as the grain pre-processing; whether cracked, split, or ground, the grains maintain their nutritional value. The health benefits of a diet rich in whole grains has been documented to decrease blood pressure and the risk of cardiovascular disease and type 2 diabetes.

Sparked by these alarming public health implications combined with a hike in the price of grains on the global commodity market in 2008, regional grain economies have been developing. Some involved parties include farmers, millers, distributors, and bakers. Groundbreaking efforts to build these networks across the country include: Community Grains in the San Francisco Bay Area, Somerset Economic Development Corp. in central Maine, North Carolina Organic Bread Flour Project in Asheville, NC, and Northeast Organic Wheat in upstate New York. Many of these efforts focus on regional grain varietals, community education, regional economic growth, and job creation.

Join us for the next Kitchen Table Talks at Oliveto Restaurant in Oakland as we discuss the local grain economy in California from the economic, infrastructural, and public health perspectives.

Doug Mosel, founder of the Mendocino Grain Project, grows a variety of grains and lentils in the Ukiah Valley. Whole grains and stone-milled flour are distributed locally through a CSA-style grain-share. Doug is a member of the Mendocino Organic Network and host of a monthly radio show, the “Agriculture and Ecology Hour.”

Kitchen Table Talks is a joint venture of Civil Eats and 18 Reasons, a non-profit that promotes conversation between its San Francisco Mission neighborhood and the people who feed them. Space is limited, so please RSVP. This month our conversation is being generously hosted by Oliveto Restaurant, which is also providing seasonal snacks and refreshments.