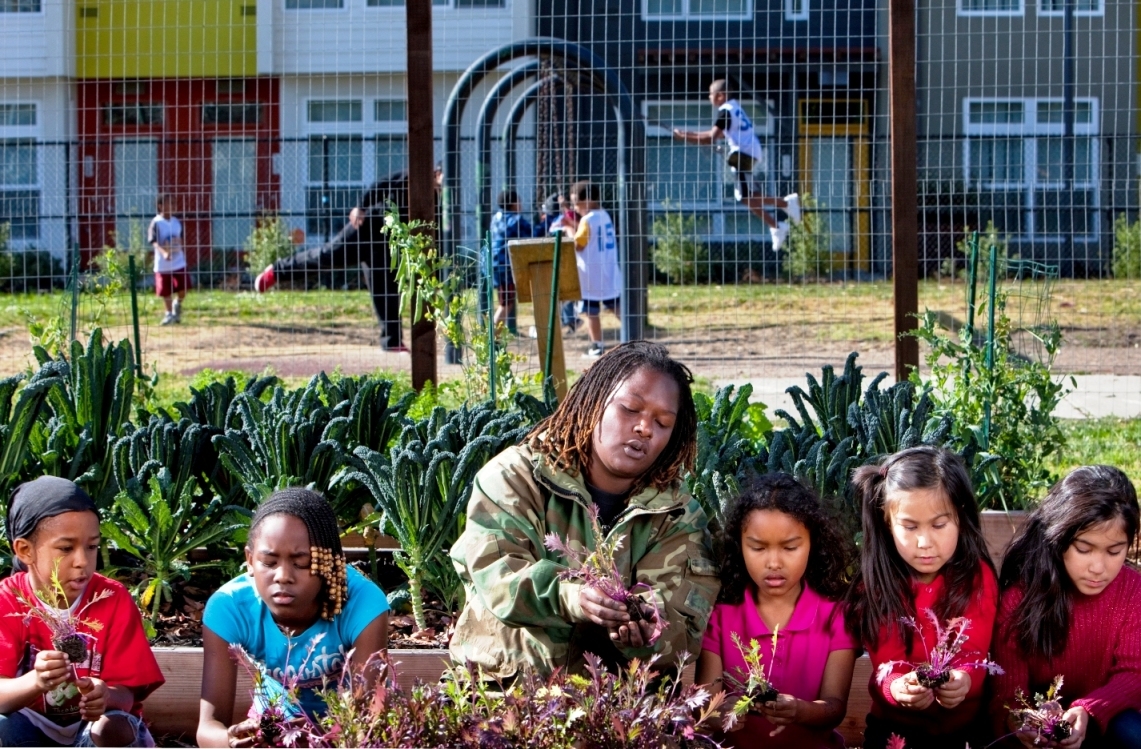 An organization that assists recent military veterans has an answer to the crisis caused by the aging population of farmers. The Farmer Veteran Coalition (FVC), based in Davis, California helps returning veterans become farmers at a time when the farmer workforce is dwindling rapidly. And, Executive Director, Michael O’Gorman, is on a mission to give veterans a reason to fight—for their own well-being and the need to keep the United States secure in its food supply.

As explained on their Web site:

America’s farms are facing a crisis for lack of young able-bodied individuals going into agriculture. The 2007 Census of Agriculture reveal that the average American farmer is 57 years old, up from 55 in the last Census, with two farmers retiring for every one entering the field. This staggering figure, with the increasing interest in creating more sustainable and local food systems, has created unique and exciting opportunities for beginning farmers.

Organic farmer Nash Huber, of Nash’s Organic Produce, confirmed this trend of diminishing farmers in a conversation we had at the annual EcoFarm conference. He told me that at conventional agricultural conferences the farmers all appear to be 65 years old and up. But he marveled at the numbers of young people interested in organic and sustainable farming at EcoFarm. Not surprisingly, that’s where I met a group of young farmers and veterans from the FVC last February.

A Helping Hand for Returning Vets When it Counts the Most

The FVC provides much needed assistance to returning vets who are interested in starting their own farms. They help by pairing vets with farmers as mentors, since many interested vets have no farming experience. They also help them access the unique resources available specifically for veterans. Their goal is to reduce risk for the new farmer veteran so that they have the best chance of success in their new venture in agriculture. The FVC conducts retreats, conferences, and workshops nationwide, and they have a job and internship placement program.

The types of farming operations that have resulted from the program are varied: from heirloom vegetables to heritage poultry, maple syrup production, and beekeeping. Most of these farms are less than 10 acres in size, and that’s for a reason. Returning veterans often don’t have the money necessary to buy land or invest in starting up a business of any type. The fact that their farms tend to be small, even “backyard operations” is a natural outcome. But this has worked to the advantage of the veterans, explained Chris Ritthaler, National Veteran Outreach Coordinator for FVC, in our recent phone conversation. (Chris Ritthaler served in the Marine Corps from 2002-2006.)

Ritthaler told me that it’s not feasible for a returning vet to get the acreage necessary for a large operation which requires not only lots of land, but expensive equipment and infrastructure. The vets that come to FVC for help often don’t have any resources and don’t qualify for large bank loans. Instead of starting a large operation of 60 acres, farmer veterans are finding niche markets with their small farms by supplying heritage poultry to chefs, or in pick-your-own vegetables (Hungry Mother Organics), or raising free range pastured chickens for eggs and meat (Across the Creek Farm), to give a few examples. There is even a veteran run organic composting company called Veteran Compost that employs vets and vet family members.

Navy veteran Kelly Carlisle started a farm with a twist. Acta Non Verba: Youth Urban Farm Project is located in inner-city Oakland California, where she grew up. After service in the Navy she returned home with a conviction to give back to her predominately African-American neighborhood. I met Carlisle over dinner at EcoFarm, where she told me how she discovered the extent to which city-raised children who visit her farm are disconnected from their food. One day she watched as a little girl was trying very hard to lift a rooted cabbage from the ground. Carlisle asked the child what she was doing; her answer was that she was trying to get the cabbage off of the ground, because it obviously didn’t belong there. She had no idea that cabbages grow from a plant in the soil!

A Small Organization Working Quietly Behind the Scenes

The Farmer Veteran Coalition is a small non-profit with a single office in Davis with five full time staff members, up from just three last year. They don’t have the ability for extensive outreach so they rely on word of mouth for veterans to contact them about their programs. Until they build up their funding, this scale is appropriate for the number of vets they are currently able to assist. Their funding is primarily from private sources, and as Ritthaler told me, they “don’t have federal funds that support the organization”, only limited USDA money designated for specific programs. When I asked about other similar programs for vets, Ritthaler said that of the groups that offer assistance to vets for farm careers, FVC is most comprehensive.

And indeed, FVC appears to go the distance on behalf of veterans. In addition to their other programs, the FVC is seeking funds to build a Farm Emergency Fund to provide financial assistance to farmer veterans and their families in emergencies. They also have a small grants program, the Fellowship Fund. The Fund assists veterans that are beginning a career in food and farming with small grants to be used for education or farming. The Fellowship Fund can also assist farmer veterans who are expanding their business, and help with buying equipment, assistance with certifications, or with purchasing building materials and labor.

We can thank our veterans for their service to our country; now we can be thankful that they are willing to be our farmers.