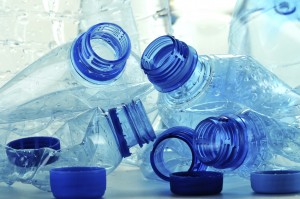 When it comes to the chemicals used in food packaging, there is much we still don’t know. After a recent U.S. Food & Drug Administration (FDA) decision last month to not put further restrictions on bisphenol-A (BPA), a new report today in the Washington Post takes a closer look at studies that reveal that such endocrine-distrupting chemicals are not only ubiquitous, they might also be harmful at much lower doses than previously thought.

The FDA allows around 3,000 chemicals, including BPA and phthalates–a family of chemicals used in lubricants and solvents and to make polyvinyl chloride pliable–at low doses, long considering them additives though they migrate from the packaging instead of being purposefully added by the food manufacturer. But these chemicals are notoriously hard to trace, and have not been studied for their cumulative effects.

“Finding out which chemicals might have seeped into your groceries is nearly impossible, given the limited information collected and disclosed by regulators, the scientific challenges of this research and the secrecy of the food and packaging industries, which view their components as proprietary information,” writes Freinkel, author of Plastic: A Toxic Love Story, who wrote this story in collaboration with the Food & Evironment Reporting Network. “Although scientists are learning more about the pathways of these substances–and their potential effect on health–there is an enormous debate among scientists, policymakers and industry experts about what levels are safe.”

What has scientists worried is the fact that endocrine disrupters like these interfere with the body’s natural hormone system. Animals studies on BPA, for example, have found that doses of the chemical below the FDA-approved threshold administered during critical stages of development can effect behavior, breast and prostate cells, and brain structure and chemistry. According to recent studies, around 90 percent of Americans have BPA inside their bodies.

Freinkel explains how plastic food packaging is a major source of these potentially harmful chemicals. Other studies have shown phthalates passing into food from processing equipment and food-prep gloves, gaskets and seals on non-plastic containers, inks used on labels–which can permeate packaging–and even the plastic film used in agriculture.

The report highlights an upcoming study that found a particular phthalate, called DEHP, in many of the 72 different grocery items evaluated. Studies have associated low-dose exposure to this chemical with male reproductive disorders, thyroid dysfunction, and subtle behavioral changes.

Last month, the FDA denied a petition to ban BPA, saying in a statement that while “some studies have raised questions as to whether BPA may be associated with a variety of health effects, there remain serious questions about these studies, particularly as they relate to humans and the public health impact.”

You can read the full report here on the Food & Environment Reporting Network’s Web site, which also features additional reporting on the topic.