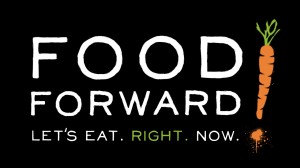 It started with a phone call. I had just finished A Language Older Than Words by Derrick Jensen and it had a powerful affect on me. Like most of Jensen’s books, it detailed the toll industrial civilization was taking on the planet and it had me wondering what I could do about it.

I’d been writing about food for more than a decade, spotting trends, finding new restaurants and telling stories about people passionate about cooking and eating. But the more I learned about our food system’s impact on the earth, writing about where to find a great burger or a hot new restaurant started to feel pretty trivial. How could I bring a greater environmental perspective to my role as a food writer? Most food journalists steer clear of unappetizing subjects like agriculture’s impact on global warming, CAFOs, the farm bill, and hunger. I wanted to do something different.

That’s when the phone rang. It was Greg Roden, an old college friend who had connected with television producer Brian Greene. They wanted to know if I was interested in creating a TV show about food and did I have any ideas. Yes and yes.

I’d never been a fan of the Food Network. I’ve never seen a single episode of Top Chef. I knew I didn’t want to do anything like that. In fact, I don’t even own a TV. Meanwhile, Food Inc. had just been released and Michael Pollan and Eric Schlosser had done excellent jobs of detailing what was wrong with the way we eat so I didn’t want to cover that ground again either. How about a show that picked up where Food, Inc. left off, a documentary program that profiled the innovators and pioneers—food rebels creating a healthier food system? We wanted to educate and inspire people, but also entertain them with compelling characters, animated segments and cool music. I could get excited about a show like that and I hoped others would, too. We called it Food Forward.

That was three (long) years ago and this month I’m excited to say Food Forward will debut on PBS stations across the country, premiering in L.A. April 5 and then rolling out nationally from there. Click here to see air times.

Our premier episode explores the urban agriculture phenomena growing across America. The lively, 30-minute program crisscrosses the country to profile rooftop gardeners and beekeepers in New York City, urban farmers planting crops and economic opportunity in the low-income neighborhoods of West Oakland, Calif., innovative fish and plant farmers in Milwaukee, Wisc., and up-from-the-ashes city farmers in Detroit, MI. All of the characters are engaged in practical solutions to green their cities and grow fresh, healthful food right where most of us live—in cities.

The urban ag episode is the pilot for a 13-part series in development, scheduled to go into production later this year. Future episodes will focus on school lunch reform, fishing, alternative agriculture, soil preservation, grassland agriculture, the Farm Bill, and much more.

This is Food Forward and these are stories America needs to hear. Tune in and see what you think.

Stett Holbrook is the co-creator of Food Forward. He is also the food editor at Metro and The Bohemian, alternative weeklies in San Jose and Santa Rosa, Calif. Read more >