Record-breaking One Million Americans Tell FDA: We Have a Right to Know What’s in Our Food | Civil Eats

Record-breaking One Million Americans Tell FDA: We Have a Right to Know What’s in Our Food

The Just Label It (JLI) Campaign announced today that a record-breaking one million Americans of all political persuasions have called on the FDA to label genetically engineered (GE) foods. Today, March 27, is the date that the FDA is required to respond to the petition. It took JLI and its more than 500 partner organizations less than 180 days to accumulate an historic number of public comments—a testament to the power of collective voices to demand our right to know what’s in our food. (I’ve written about the campaign before here, here, and here.)

The campaign also announced today a new national survey revealing that more than nine out of 10 Americans across the political spectrum supports labeling food that has been genetically engineered. This new infographic is a compelling visual that shares the results of the survey.

Voter support for GE-foods labeling in the U.S. is nearly unanimous, according to the political opinion survey on GE food labeling conducted by The Mellman Group on behalf of JLI. Explained pollster Mark Mellman, “Few topics other than motherhood and apple pie can muster over 90 percent support, but labeling GE-foods is one of those few views held almost unanimously.” The survey found nearly all Democrats (93% favor, 2% oppose), Independents (90% favor, 5% oppose) and Republicans (89% favor, 5% oppose) in favor of labeling. The study also revealed that support for labeling is robust and arguments against it have little sway.

In the era of pink slime, BPA in our soup and deadly melons, we have a right more than ever to know about what’s in our food. The FDA needs to restore confidence in our food and our right to know about the food we eat and feed our families. It’s time for the FDA to give Americans the same rights held by citizens in over 40 nations, including all of our major trade partners, to know whether our foods have been genetically modified.

Stay tuned as the campaign now works to make sure that the FDA and Washington knows that one million Americans are watching to make sure they deliver. 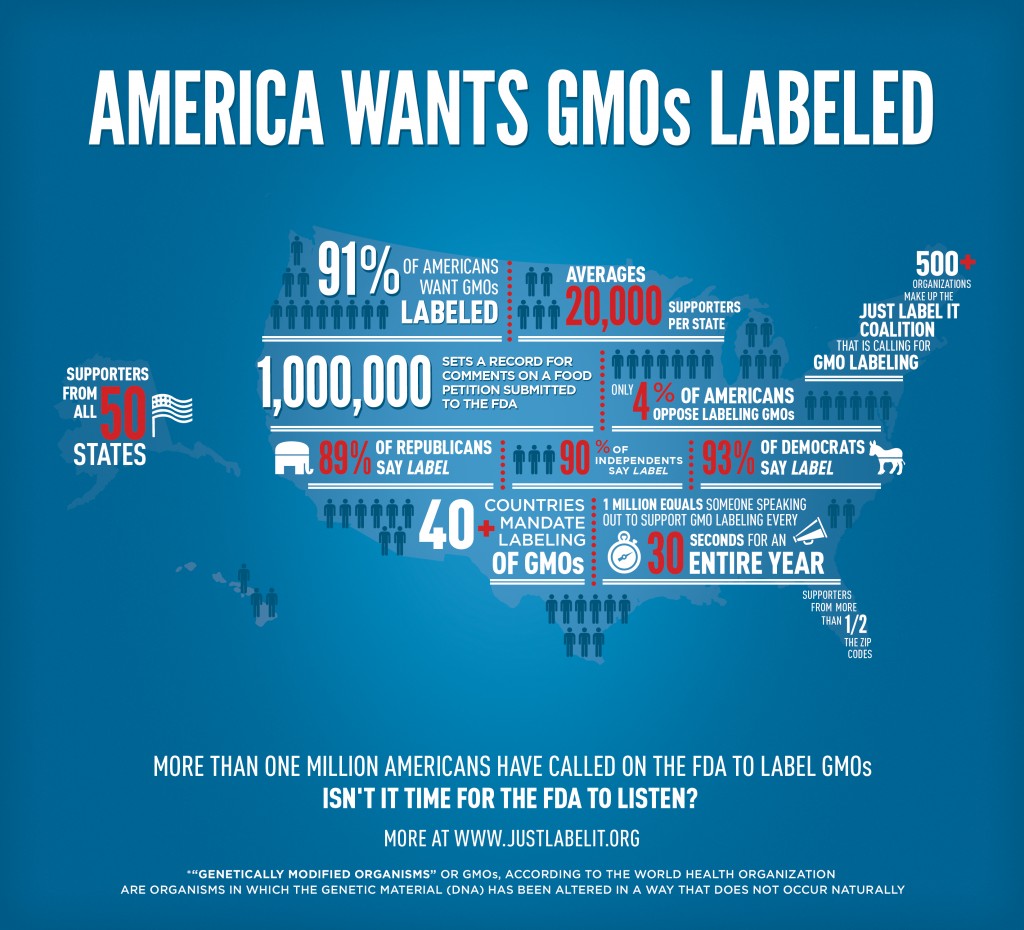