Contradictions in the Anti-Hunger Movement 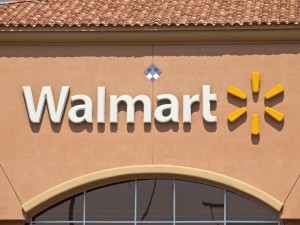 The National Anti-Hunger Policy Conference in Washington last week brought to light some of the fundamental internal contradictions of the anti-hunger movement. Specifically, the movement’s financial reliance on corporations with poverty-causing labor practices, as well as their reluctance to advocate on the politically-charged root causes of hunger.

Hosted by Feeding America and the Food Research Action Center, with funding from Walmart, Bank of America and the AARP Foundation, this year’s event featured, for the second year in a row, a prominent representative from Walmart as a plenary speaker. Tres Bailey, Walmart’s Senior Manager of Agriculture and Food, listed off the accomplishments the company has made in its first year of its $2 billion commitment to supporting anti-hunger efforts: 250 million pounds of food donated to food banks; $67 million in grants made; with another $13 million of nutrition education grants in the works.

This sounds impressive until one considers what Mr. Bailey did not mention: the fact that the average Walmart worker, of which there are 1.4 million in the US, earns $8.81 per hour. At this pay rate, a single parent with one child working full time would qualify for food stamps. The public is subsidizing Walmart billions of dollars annually to keep its employees productive, healthy and free of hunger through government food and healthcare programs, yet the company crows about the millions of dollars it distributes to anti-hunger causes. Upon closer examination, what appeared to be an impressive display of philanthropy is little more than Arkansas chutzpah.

At a subsequent workshop during the conference, Lisa Hamler Fugitt, the Executive Director of the Ohio Association of Second Harvest Food Banks (OASHFB), drove home the point that “hunger is directly related to poverty, and to end hunger requires policies that increase employment and wages and modest increases in federal nutrition programs.” Yet, OASHFB is one of the few food banks–or state food bank associations–that advocate on policies to reduce poverty, increase the minimum wage, or create jobs. Of the roughly 200 food banks in the Feeding America network, more than half don’t advocate at all, not even to support the renewal of the SNAP (food stamp) program.  Less than one in ten food banks report working on anti-poverty, health or community food security related advocacy.

In fact, there are more food banks with a Walmart employee on their Board of Directors (27) than there are food banks conducting anti-poverty advocacy (19).  Nor is Walmart an anomaly on food bank boards. One in two food bank board members work for a corporation, and one in six are employed at the 500 largest companies nationally or globally (Fortune 500 or Global 500).

The event’s keynote speaker, David Shipler, author of The Working Poor, communicated essentially the same message as Ms. Hamler-Fugitt.  He noted that housing subsidies are a key strategy to reducing hunger, as low-income families often spend 50 percent to 75 percent of their income on rent. They typically cut back on the food budget to ensure that they can cover fixed costs such as heat, electricity, and transportation. As a result, Mr. Shipler noted that studies have found a correlation between the lack of housing subsidies and the incidence of underweight children. Therefore, affordable housing puts more money in the pockets of families to purchase food.

Yet, a close look at Feeding America’s advocacy record shows that they have refrained from weighing in on anti-poverty policy, such as housing subsidies, affordable health care, or minimum wage increases. Unlike other national anti-hunger organizations, Feeding America has failed to join the Save 4 All Campaign, a progressive platform which supports increasing the tax burden on the wealthy and corporations and proposes cuts to defense spending.

The national Feeding America’s Board of Directors has, as might be expected, an even higher degree of corporate penetration, with 11 of 19 members working for Fortune 500 companies (two of whom are executives at Walmart).

These statistics are interesting for what they show–the close ties between the corporate world and the charitable food sector–but also for what is not shown. The limited participation of food bank clients and non-profit activists on these Boards is an indicator of the minimal accountability that food banks have to the communities they serve.

Corporate participation on food bank boards is a double-edged sword. It reinforces the respectability of food banks, while providing access to corporations’ excess food and philanthropic largesse. These resources are essential to help food banks meet the increasing demand from those affected by the latest recession. The more mainstream a food bank becomes, the more it can raise to feed hungry people.

On the other hand, the policy changes needed to reduce or eliminate hunger are anathema to the wealthy and the corporations on food bank boards. These changes might result in increased operational costs or federal taxes for businesses. Thus, the high degree of corporate participation on food banks’ Boards serves as a prophylactic measure to these entities advocating for redistributive policies that go against the interests of the business sector, but provide a real solution for poverty reduction.

These relationships as embodied at the recent anti-hunger policy conference raise some vital questions for the anti-hunger movement: Who are its partners? Who shares the stage with them? Those who pay its salaries with their philanthropic greenwashing? Or those who support its goals through their actions?

It is going to take some real changes for the anti-hunger community to fully embrace the systemic analysis of ending hunger through addressing its root causes, articulated by Lisa Hamler-Fugitt and David Shipler among others. The movement’s leadership needs to start with the following steps, as well as many others:

Without a concerted effort to regain its social justice footing through these steps and others like them, the anti-hunger movement may find its moral compass off kilter due to the magnetic pull of the corporate treasure chest.