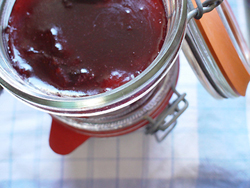 Since the homemade food renaissance has taken root in California, there’s been no shortage of home picklers, jammers, and bakers. But under current state laws, it’s a misdemeanor for those home artisans to sell their goodies in the open marketplace. Case in point: Last June, Department of Public Health officials shut down ForageSF’s popular Underground Market, which featured mostly home producers, because its sellers were not compliant with local and state regulations.

But due to a campaign launched by the Sustainable Economies Law Center (SELC), the laws might change this year. The Oakland-based SELC recently teamed up with Los Angeles Assemblymember Mike Gatto to introduce the California Homemade Food Act (AB 1616), a “cottage food” bill that would legalize the sale of certain foods produced in home kitchens.

“There are a lot of hoops to get a food business started. That’s what prompted the cottage food law campaign,” says SELC research associate and campaign coordinator Christina Oatfield. Founded in 2010 by attorneys Janelle Orsi and Jenny Kassan, the SELC provides legal research and assistance to foster local and sustainable economies and business ventures.

Currently, state law requires that any foods produced for sale be prepared in a certified kitchen or food facility using commercial-grade equipment that is inspected by the health department. For many startups, this means renting a commercial kitchen space, which costs upwards of $25 per hour or $1,500 per month—a large expenditure, particularly for hobby food producers who just want to make a bit of supplemental income. Additionally, shared kitchens are often not a practical option for producers who make specialty items such as gluten-free baked goods. 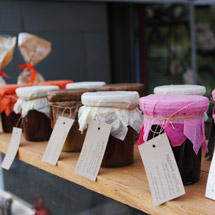 For entrepreneurs who want to open their own kitchen, the investment and risks are greater. In addition to the costs of buying or renting a brick-and-mortar space and furnishing it with commercial-grade equipment (often several times the cost of home kitchen appliances), there are other fixed expenditures, such as insurance and health department inspections. “It can easily exceed $100,000 with equipment and infrastructure work,” says Oatfield. “That’s a huge barrier to a startup entrepreneur, especially in these tough economic times.”

To date, more than 30 states have cottage food laws on the books, many of which have been passed in the last couple of years. Oatfield sees this trend as a response to both the economic downturn of 2008 and the surge of interest in local food over the last few years. “There’s a growing awareness among consumers about food systems issues and enthusiasm for buying local and knowing the person who made your food,” she says.

Cottage food law advocates argue that loosening the regulations for small, home-based businesses fosters growth in the local economy, while giving startups the opportunity to test their products, establish a customer base, and incubate their business before investing in commercial kitchen space. “Very often laws and regulations are written to keep large corporations in check, and they’re not scale-appropriate for small, community-based businesses or other informal activities,” says Oatfield.

For consumers and public health officials, the safety of foods produced in home kitchens has been the greatest concern, so many cottage food laws limit the products that can be sold. Under the California Homemade Food Act, cottage food operations would be allowed to prepare and sell “nonpotentially hazardous” items such as dry-storage baked goods, jams, preserves, nut mixes, dried fruit, roasted coffees, honey, pickles with a pH level of 4.6 or below, and other items with low risk for supporting toxic microorganisms.

The proposed bill also states that home producers must register their business and follow the same sanitation, packaging, and labeling procedures that are expected of commercial kitchens, though it does not require inspections unless complaints are made. While such details may be revised in the legislative process, the SELC is working closely with the state public health department to ensure that health measures are followed while keeping the entrepreneur’s costs as low as possible.

In addition to the health concerns, cottage food bills have created a bit of controversy among small-scale food producers. Some argue that home-based producers, who have less overhead, could place extra stress on fledgling business owners who have followed the letter of the law and taken on the costs and risks of starting their own kitchen. 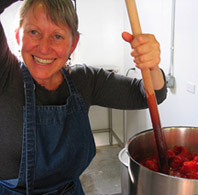 Others welcome the competition, opportunity, and diversity that this proposed legislation could bring to the world of small-scale food production. “I’m delighted by it,” says June Taylor, who started making artisan preserves in her home kitchen before launching her business in 1990. “The more people can vote with their dollars in a smaller-scale system, the more we don’t have to acquiesce to the industrial system, and we can create an alternative way of doing business, feeding ourselves, and challenging that system.”

Santa Cruz-based sauerkraut maker Kathryn Lukas, who launched Farmhouse Culture in 2008, agrees. “I think it’s long overdue. The fewer barriers to entry into farmers markets, the better for the consumer. I would love the diversity it would spawn. You’re going to see a real flourish of creativity and interesting new recipes. It’s a win-win for the consumer who’s brave enough to trust the relationship that he or she develops with the food artisan.”

While enthusiastic about the possibilities, Lukas also emphasizes the need for clear safety regulations. “Not everyone coming into the food business knows the basics about sanitation,” said Lukas. She recommends that food handler certification, such as ServSafe, be a requirement for all home-based food businesses. (The Golden Gate Restaurant Association in collaboration with the Small Business Association offers free training for food safety certification.)

While the current bill language does not place a limit on the volume or income of a cottage food operation, the SELC believes that the logistical constraints of doing business out of a home kitchen will be the self-regulating factor. “The very nature of cottage food operations is that they’re very small-scale and neighborhood-based,” said Oatfield. “With the enthusiasm for local foods and homemade foods, I think consumers really want to be able to access this food.”

If you’re interested in supporting the California Homemade Food Act, contact your state Assemblymember and Senator and ask them to become a co-sponsor. Visit the SELC website to learn more. You can also join the discussion on cartage food law at Kitchen Table Talks on March 27th in San Francisco. More information here, and more to come on Civil Eats.