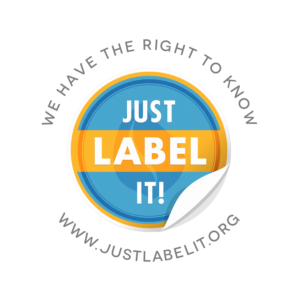 The Just Label It campaign today launched a new video by Food, Inc. filmmaker Robert Kenner that empowers consumers to fight for their right to know what is in their food. The video, “Labels Matter,” is the result of collaboration between the Just Label It campaign and Kenner’s new project, FixFood, a social media platform that aims to empower Americans to take immediate action to create a more sustainable and democratic food system.

To date, more than 450 consumer, healthcare, environmental and farming organizations, manufacturers, retailers have joined the Just Label It campaign, which has generated more than 500,000 consumer comments calling on the U.S. Food & Drug Administration to label GE foods.  (We wrote about the launch of Just Label It here.) The video seeks to garner more consumer awareness and participation by galvanizing one million consumers to comment to the FDA by mid-April, the date that the FDA’s public comment period ends.

“Labels Matter” tells the story of three women who share a belief in the right to know, but for entirely different reasons. Heather Donatini is a pregnant woman who knows she is feeding her developing baby, as well as herself, with every bite. Luann Clark recently had heart surgery and has to closely monitor what she eats. Robyn O’Brien is a mother whose child developed an allergic reaction to breakfast. “As a mother of children with food allergies, the labeling of GE foods is especially important, as it would provide essential and possibly life-saving information for the food allergic population,” said O’Brien, founder, Allergy Kids Foundation. (We’ve written about Robyn’s important work here and here.)

As the video connects with each woman, Kenner shows how the U.S. compares to other developed nations, including the European Union, Japan, Australia, Brazil, Russia, and even China, where genetically engineered (GE) foods are labeled. The video notes that the vast majority of Americans (90 percent in most studies) believe GE foods should be labeled.

Gary Hirshberg, Chairman of Stonyfield and a founder of Just Label It, collaborated with Kenner to produce the video. “While the pros and cons of GE foods is debated, an entire generation is growing up consuming them,” he said. “Until we have no doubt that GE crops are safe to eat, consumers should have a choice about whether we want to eat them. GE foods must be labeled. Consumers need to know.” Hirshberg recently published “Label It Now,” the first consumer guide to GE foods available at online booksellers. All proceeds of the e-book go to the Just Label It campaign.

The drumbeat for mandatory GE labeling is getting louder, as the FDA decides whether to approve GE salmon and a proposal advances at the U.S. Department of Agriculture to deregulate corn engineered to be resistant to the herbicide 2,4-D, a major component in Agent Orange. You can join in asking the FDA to allow consumers the right to know what’s in their food.