Is Walmart's March into Cities Helping or Hurting? | Civil Eats

Is Walmart’s March into Cities Helping or Hurting? 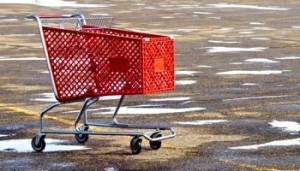 Having saturated the rural landscape, shuttering local stores in small town America along the way, now, in the wake of stagnant sales and increased competition, Walmart desperately needs to expand into urban markets.

And what better urban market than one full of eight million people? While the big box retailer is eager to enter the Big Apple, challenges loom large. Given the negative reputation Walmart has earned for being hostile to workers among other problems, many New Yorkers are skeptical, to put it mildly.

To counter the opposition, Walmart is positioning itself as the solution to urban food deserts – areas where finding real food is next to impossible. But as Anna Lappé has eloquently argued, the big box chain isn’t the answer: “Let’s be clear, expanding into so-called food deserts is an expansion strategy for Walmart. It’s not a charitable move.”

Now a report released last month by Manhattan Borough President Scott Stringer concludes that not only would bringing Walmart to Harlem spell disaster for labor, but it could also make an already dire food access problemthere even worse.

Based on data from Chicago’s negative experience, the report found that within two years of a Walmart store opening in New York:

– Between 48 and 66 fresh food retailers could go out of business, representing a net loss of between 56,500 to 82,000 square feet of food retail within a one-mile radius;

– Closure of these stores would represent a loss of 50 to 57 percent of the fresh food retail square footage added in recent years by New York City’s incentive program;

– All of this would negate more than $4 million in public finance investment and four years of effort to improve fresh food access in the area.

As Stringer explained, Walmart shouldn’t be undermining city programs to improve fresh food availability: “Walmart would be a bane, not a boon, to the health food economy of Harlem – or any other New York City neighborhood.”

Moreover, previous economic analysis has shown that Walmart’s promise of jobs doesn’t pan out either. In a report from last summer called “The Walmartization of New York City,” researchers at the City University of New York concluded that, “despite Walmart’s promises of jobs and lower prices for the community, the longer term impact is actually the opposite.”

Assuming Walmart opened the 159 stores needed to reach 21 percent grocery market share in New York City (the same proportion the company enjoys nationally), the impact would be a net loss of almost 4,000 jobs, and a loss of more than $453 million in wages per year for all remaining workers.

What about the new Walmart jobs? According to the report, 4,279 new low-wage Walmart workers would have to “rely on social services to make ends meet, costing New York taxpayers over $4 million per year” in health care benefits alone. This, in a city where the mayor has asked for $2 billion in budget cuts.

Other areas of the country have already had real world experiences to back up these projected findings. According to New York’s Food for Thought report, of all the employers in Ohio, Walmart has the greatest number of associates and dependents enrolled in Medicaid, which in 2009 cost taxpayers $44.8 million.

Similarly, a 2004 study found that for each of California’s whopping 44,000 Walmart employees, taxpayers had to spend $730 on health care and $1,222 on other forms of state and federal assistance such as (ironically) food stamps.

In 2006, Walmart entered Chicago and recently convinced local officials to approve two additional locations, including (after a long battle) on the city’s South Side. How have things fared so far in the original Chicago location? Not so well.

A three-year study released by Loyola University Chicago in 2010 revealed that Walmart had not enhanced retail activity or even employment opportunities. In fact, “the probability of a local retailer going out of business during the study period was significantly higher for establishments close to Walmart’s location.” Specifically, researchers found that a nearby business had about a 40 percent chance of closing over a two-year period – not very good odds.

If You Can’t Beat Them, Buy Them

Of course Walmart paints an entirely different picture, and is spending a ton of money to hide these sobering facts in a massive PR campaign. According to the Walmartization report, in the first half of 2011 alone, the company spent $2.1 million lobbying in New York, as much as they spent there in the past four years combined. There’s even a dedicated website complete with a “fact-checker” and the heartwarming tagline, “Helping NYC Save Money and Live Better.”

Philanthropy is another time-honored corporate tactic, often used to buy silence from critics, curry favor with community leaders, or, in this case, grease the wheels to gain entry into a reluctant-but-lucrative market.

In December, Walmart announced a combined gift of $250,000 to five various New York City charities, including a home food delivery service and a soup kitchen. Of course $250K is chump change to a company whose net sales topped $405 billion in 2010, but to these five groups it no doubt means a lot. Moreover, in its press release, Walmart made sure to point out the company’s “more than $13 million” in donations in New York City since 2007. (Similarly, Walmart pledged to donate $20 million to Chicago charities.)

But Walmart will need a lot more than a few million dollars in tax-deductible contributions to make up for all the job losses, decrease in available fresh food (and even increased obesity) that could befall New Yorkers.

Other cities should also brace themselves, as the company is opening four stores in Washington, D.C. later this year, with additional area sites planned. Other locations on the agenda include Boston and San Francisco. But mostly the company is keeping quiet about its urban expansion agenda, at least publicly. Last year in Boston, the company was said to be “quietly chatting up city officials” while scouting neighborhoods.

I shudder to think of the consequences to American’s already suffering urban populations if Walmart succeeds in duplicating its rural retail takeover. What to do about it? Support the United Food and Commercial Workers, which has an important campaign called Making Change at Walmart. See also the Big Box Tool Kit, which is chock-full of news and practical resources. Communities can work together to fight back, we just have to act before it’s too late.