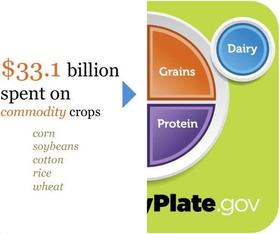 Rebecca Klein wasn’t expecting a lot when she signed up to attend last week’s Farm Bill Hackathon. This public health expert from the Center for a Livable Future at Johns Hopkins University had never heard of a hackathon–a gathering of computer programmers who lock themselves in a room to tackle epic projects with unrestricted creativity–until around two weeks before the event. While the idea of bringing together other sustainable food advocates with computer programmers interested in helping them build tools appealed to her, it also seemed a little ambitious.

The event, which took place last Saturday, was designed to encourage multiple teams of participants to take a project (infographics and online tools) from concept to execution in a single day. “It just seemed like too little time,” says Klein. “I’d never been to an event to tackle an issue where the attendees weren’t hand-selected in advance.” The results–an array of infographics, apps, and other tools made by over 120 people who attended either in person or via the web–surprised her. “The energy in the room was palpable and the power of bringing such diverse expertise into one room was inspiring. This one day planted a whole bunch of seeds for projects and ideas that would have never existed without coming together in that room (and via the web) for that concentrated time,” she says.

Hackathons have been taking place for years, and contrary to how the word might sound, they don’t only involve getting together to wrangle secret information or shut down corporations (although there’s no doubt those things have been tried). At the core, Hackathons are about collaboration; from the beginning they’ve been a way to build programs and applications using the hive mind. 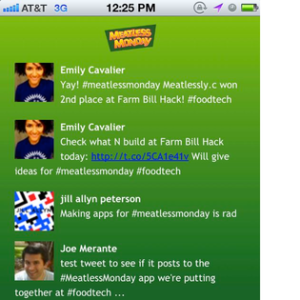 The Farm Bill–that beast of a piece of legislation that comes up for authorization every five years and shapes our food and farming landscape–is complex to the point of opacity for many Americans. So, thought the minds behind media company Food and Tech Connect, why not host a hackathon in hopes of making the bill more accessible through technology?

“This is perhaps the first hackathon that addressed a piece of legislation,” says Food and Tech Connect’s Beth Hoffman, co-organizer of the event. “It brought together data people from the U.N., food policy experts, hard-core designers, etc.” And while participants like Klein may already be eating, sleeping, and breathing farm subsidies and other details of the legislation, Hoffman stressed that many came who “knew nothing about either the Farm Bill nor about tech design. There is a huge populace of people looking for ways to be involved with the Farm Bill discussion.” 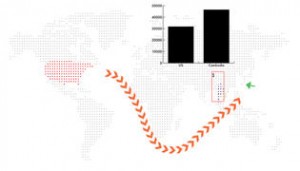 Throughout the day, food policy and technology experts–such as Food & Water Watch,WhyHunger, the New York Times R&D Lab–also spoke to the hackathon participants.

The event was sponsored by GRACE Communications Foundation (the organization behind Sustainable Table, Ecocentric, and The Meatrix). GRACE’s Destin Joy Layne says she saw the event as a unique educational opportunity. “It was thrilling to experience a new convergence in food consciousness.” And a way to “start to uncover the hidden truth of our conventional food system.”

The first-place prize went to “FARM BILL of Health,” a series of visualizations about the difference in support for fruit and vegetable crops versus commodities in the bill.

Second place went to Meatlessly, a mobile app to promote Meatless Monday by allowing people to find, share, and submit recipes, places, and feedback about their progress.

Third prize was awarded to a work in progress looking at the international implications of the Farm Bill and the idea that crop subsidies in the U.S. drive further hunger and poverty in foreign nations. 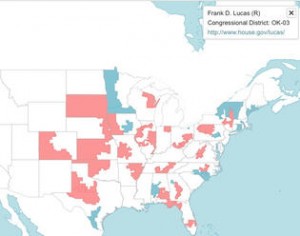 The map that took fourth-place.

Fourth place went to ongoing work to map the congressional districts of the Agricultural Committee members. The maps will allow users to see who is on the committees, where they are from, their website and contact information, and other pertinent information like who is supporting them financially and what is grown in their region.

Read more about the winners on Food and Tech Connect. 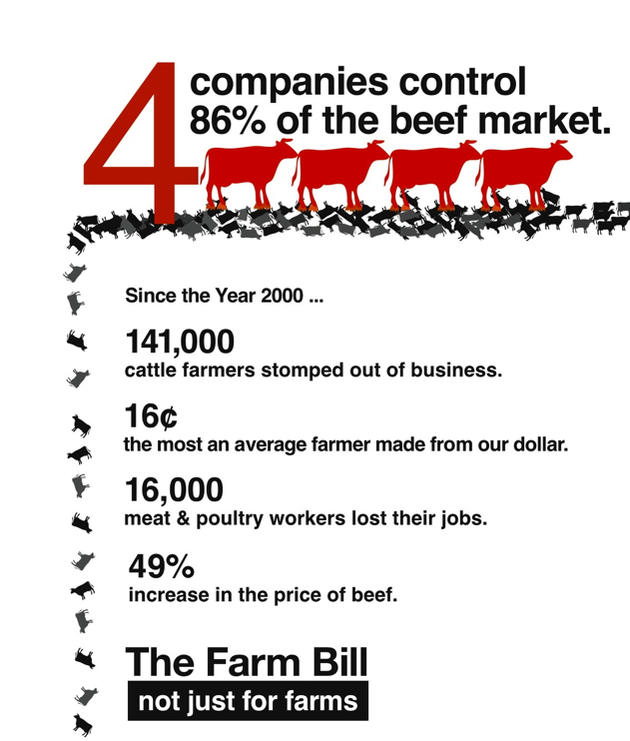 Two more that caught our eye: