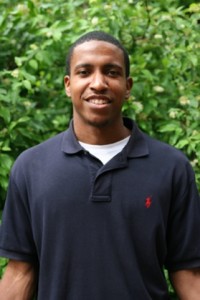 The African American food culture of Harris County and its history are shared by many places in the Deep South. Slavery had a deep impact on food access for blacks, and many of the foods slaves ate are still part of black food culture today. African Americans took pride in eating what they grew, and this pride continues to exist today despite the incorporation of food from other cultures. My family provides a great example of how social and economic issues affect the food culture of Harris County, Georgia.

During the era of American slavery, African Americans had to be creative and resourceful to survive. They were often denied the better cuts of meat and responded by creatively using lower-end food products. Even after emancipation, many blacks still could not afford the better cuts of meat or other more expensive foods. Fortunately, more blacks attained land in the 1930-1940s and began to farm for themselves, and they tended to grow foods that reflected the racial and economic oppression they endured.

The product of this oppression is what we call “soul food.”  Soul food takes those inexpensive, easily accessible food products and puts them to use in inventive ways. Many of these foods, like chicken, hogs, and greens, were commonly grown and raised on African American farms, though soul food also makes use of often-rejected animal parts, too. Many black families in our county used the usually undesired ham hock, for example, to season boiled collard greens, turnip greens, and green beans. We all know of the dually loved and hated “chitlins” or chitterlings, which are boiled or fried pig intestines.

In Harris County, fried chicken and fried fish also became staples of black cuisine and were often the main course at celebrations. Other common foods were black-eyed peas, okra, squash, corn on the cob, “mac and cheese”, cornbread, and dressing. The rural county also supported hunting, and deer, rabbit, turtle, possum, and squirrel would often end up on the table. It is important to understand that these foods became traditional because they were readily accessible staples.

A strong sense of pride grew out of the farming, cooking, hunting, harvesting, and eating of these cultural foods. It was a badge of honor for African Americans in the South not to waste any part of livestock, and to come home from a full day of picking okra with bleeding and blistered hands. As they sat for dinner, they knew that they were eating the fruits of their own labor and tradition.

That’s part of the reason why the black food culture of Harris County has stood the test of time. Even though most blacks have the money to afford higher-end meats and other more expensive foods, they will still often choose the foods “like Grandma used to make,” such as ham hocks and neck bones. Harris County currently only has a few grocery stores and no big chain department stores (Super Walmart, Target, etc.). There are also only about only ten major restaurants in the county, and most African American meals are still cooked by families. Many blacks still get vegetables and fruits from roadside stands.

That isn’t to say that there haven’t been changes in black food culture, though. As the variety and availability of other foods has increased, younger generations have incorporated Mexican food, Chinese food, and other diverse cultural traditions. Eating out at restaurants isn’t as unusual now as it was in previous decades, either.

My own family has followed many of the mainstream traditions of African American cuisine in this corner of the world. In the 1950’s, my grandmother and grandfather owned and lived on a farm in Harris County, and my family proudly ate what they worked hard to grow. As my family helped to form the West Georgia Farmer’s Cooperative, these traditions and their associated sense of pride grew even stronger. To build interest and funds for the co-op, my grandmother held fish fry parties every Friday, using fish that our family caught.

At home, she was proud to cook fried chicken, chicken feet, pig’s ears, chitlins, ham, fried fish, turkey, lima beans, black-eyed peas, collard and turnip greens, green beans, squash, mac and cheese, cornbread, dressing, and much more. Today she still cooks all of these foods, but as the accessibility of food changed, she began to add more dishes to our family’s diet. She now cooks steak, ribs, hamburgers, Mexican food, salads, spaghetti, etc. My family loves our “soul food” traditions but is never afraid to incorporate food from other cultures.

Many African Americans in Harris County share our commitment food traditions. Most black families today may not have the strong agricultural ties that ours does, but they retain a genuine taste for soul food because they grew up eating it, and because soul food recipes and traditions are passed down from generation to generation. Most Harris County African Americans are proud that their ancestors could create such a creative and powerful food culture out of a time of great racial and economic oppression. That doesn’t mean that African Americans in Harris County aren’t open to new things, but we will always have a soft spot for the soul food that “grandma used to make.”

Kelvin Graddick's family is a lifetime member of the West Georgia Farmers Cooperative, founded around 1968. It's a community member-based cooperative with a goal of bringing African Americans and low income whites together under a cooperative structure to grow and sell fruits and vegetables. Through news articles, church discussions, and community events, Kelvin and others have revived interest in the WGFC food system work. Kelvin intends to manage the co-op in a manner that will build a sustainable food system, promote healthy living, and build cultural and economic knowledge. Kelvin will use the princicples of economic, cultural, and ecological cooperation to prepare people to take advantage of expanded opportunities in food production and distribution. Read more >