Michael Pollan: New Food Rules, But No Need to Be Neurotic (VIDEO) 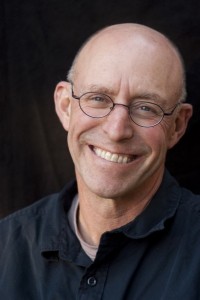 Sometimes a spoonful of sugar does, indeed, make the medicine go down. Though you won’t find that catchphrase in the just-released hardcover edition of Food Rules, Michael Pollan‘s best-selling little eater’s manual.

Food Rules does sport the whimsical and witty illustrations of well-known artist Maira Kalman, however. And the new book also boasts 19 new rules—many gleaned from eaters around the country that Pollan wished he had thought of and included the first time around.

Take two is again full of commonsense kitchen wisdom such as If you’re not hungry enough to eat an apple, you’re probably not hungry; and When you eat real food, you don’t need rules.

The takeaway message: food need not be complicated, and the act of eating is as much about pleasure and communion as it is about nutrition and health. In other words: lighten up a little and enjoy your dinner.

In case you’ve been living under a compost pile, Pollan is a champion of small-scale, sustainable farming, humanely-raised livestock, and access to real food for all. A foe of what he calls highly-processed, edible food-like substances, Pollan’s food philosophy is famously simple: “Eat food. Not too much. Mostly plants.”

He is the author of five previous books including the popular In Defense of Food, The Omnivore’s Dilemma, andBotany of Desire, and he writes regularly about food matters for The New York Times. Pollan is also the Knight Professor of Journalism at UC Berkeley and co-instructor of the Chez Panisse Foundation funded Edible Education 101 at Cal this fall.

Time magazine named him one of the 100 most influential people in the world last year and everyone from students and grandmas to Oprah and the Obamas listen up when the mild-mannered man speaks out about corporate food, Big Ag, school food, factory farming, eating culture, and food safety.

We talked, briefly, following an Edible Education lecture given by former Berkeley School Lunch Lady Ann Cooper, whom Pollan introduced before taking her to dinner at—where else?—Chez Panisse. And we spoke again the next day, at length, via phone. 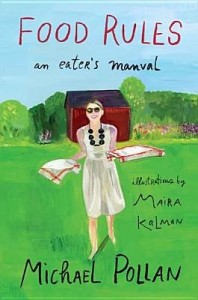 I wanted to work on a more visual version of Food Rules to reach more people and continue the conversation that the first edition started. My wife and I saw an exhibit of Maira Kalman’s work at the Contemporary Jewish Museum in San Francisco and Judith suggested we collaborate.

When you look at Maira’s work—like a painting of a Snickers bar on a pink ground or a framed collection of onion rings—it often manages to be poignant, funny, and sad all at the same time.

Eating is important to her but she doesn’t take food too seriously and is not politically correct about it in the least. We’re already neurotic enough about our eating; I wanted this book to be fun while it covered some serious ground.

Can you give us insider insights into Edible Education 101?

It’s been an interesting experience for me personally because I’ve not taught undergraduates before, though I should note my co-instructor Nikki Henderson is carrying most of the load as I’m technically on leave. I’ve found the students terrific; they ask questions that are sharp but well phrased and polite. In a community meeting with corporate food people you might expect to hear the Berkeley hiss, but there’s been none of that. They’re an engaged and impressive group.

We’ve learned things too. We might have had a more effective dialogue in the case of the corporate food lecture, which included Wal-Mart, if it hadn’t been webcast. That had an inhibiting effect on the conversation. I’m also used to three-hour classes; these 90-minute ones go by really fast. I think they work best when we have just one guest so we can really drill down and expound on the issues. At this stage of the semester I wouldn’t be sorry if one of our guests had to cancel just so we had some time for reviewing and contextualizing the material with the students.

And, it has to be said, what a gift this is from the Chez Panisse Foundation to the community as well as the students. The list of speakers and the subjects covered is impressive.

Has interest in the food movement peaked in the popular culture?

It’s hard to know where we are right now but I don’t think so. I remember when I was trying to finish The Omnivore’s Dilemma, published in 2006, I thought I was coming to the subject a little late. It took me forever to finish that book. I do feel a sense of urgency to keep writing about food. We’re just beginning to see the impact of our food choices on health care and insurance costs—obesity, diabetes, and heart disease are soaring—and we need to keep the pressure on the government and corporations for change. If anything, I only see the conversation deepening, and that’s especially encouraging given the economic situation since 2008.

Do you ever want to write about something other than food?

I haven’t always written about food but I find it’s a good place to talk about other things like the environment, the economy, health, culture, and politics. Food is a very big tent as subjects go. That’s why it’s held my interest. 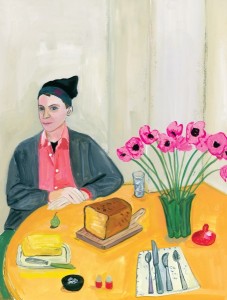 I make simple food. I grill more nights than I don’t and my wife and I typically cook together. We work well in the kitchen together. One of us makes the main and the other the sides. We’re fortunate to work from home so we’re able to make dishes that require slow cooking like braises and soups.

Some of our readers view you as an elitist foodie and roll their eyes at such stories as your New York Times Magazine piece, The 36-Hour Dinner Party. Is that unfair?

I reject that characterization while I’m sensitive to the fact that not everybody has access to good food. I appreciate that food and class are intimately tied: that story is set in Napa, which implies a lot of leisure in certain circles. But I don’t think Americans should be afraid of aestheticism; as a culture some times we can have an aversion to pleasure.

To eat healthily in this country—by which I mean consuming food that contributes both to the eater’s health as well as to the health of the environment—costs more than it does to eat poorly. That situation is a public policy problem. We need farm policies that will correct this imbalance, so that healthy calories can compete with unhealthy ones.

There is no question that there is an elite strand within the food movement, but a lot of social change movements in this country—I’m thinking of abolitionists, women’s suffrage, and civil rights as examples—have been started by the affluent because they have the leisure and resources to do so.

As a recognized leader in the food movement how do you handle the rock-star status?

A sense of humor helps, so does remembering that this type of attention is fleeting. And regardless of what people say about my books, the next morning I still have to get up and face the page and come up with sentences I like. All that other stuff doesn’t help with writing, which can be incredibly hard.

What’s the subject of your next book?

It’s about the transformation of food through cooking methods such as baking, fermentation, and cooking with liquids or heat. So it focuses on the science of cooking, the classical elements; I’ve been doing research about fire, for instance. It should be out in early 2013.

What gives you hope on the food front?

I see movement happening all around the country, like grass-fed beef in supermarkets and young people taking up farming. I’m now asked to speak in places like Troy, New York, Cleveland, and Lubbock, Texas. They aren’t typical food towns. People in their 20s are as engaged with this issue as their parents, whether it’s for health, the environment, or both. I have a lot of faith that as consumers we can change things by voting with our forks.

Photos: Top, Author Michael Pollan, by Fran Collin. Middle, Food Rules cover. Bottom, #76: Place a Bouquet of Flowers on the Table and Everything Will Taste Twice as Good. Illustration: Copyright (c) Maira Kalman 2011. Reprinted with permission from The Penguin Press from FOOD RULES by Michael Pollan.