CANFIT Wants to Improve the Health of All America’s Youth 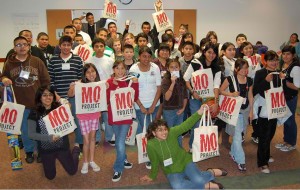 Arnell Hinkle, the founding executive director of CANFIT (which stands for Communities, Adolescents, Nutrition, and Fitness) may be based in downtown Berkeley, but her work to improve the lives of low-income youth of color takes her across the country and around the globe.

She has been involved in development projects in India, Ecuador and Scotland, and spent last year on a Fullbright public policy fellowship in Wellington, New Zealand working with Maori and Pacific Island groups.

A kind of community food coach for young folk, the registered dietician who holds a masters in public health has worked as a restaurant chef, organic farmer, and as a project coordinator of the Hunger and Chronic Disease Prevention Program at the Contra Costa County Health Services Department.

CANFIT was founded in 1993 as the result of a class-action suit that charged the company General Foods with fraudulent, misleading, and deceptive advertising in marketing sugary cereals to children. Initially the small nonprofit addressed concerns of teens only in California, working on policy matters such as after-school physical activity and snack guidelines for the Department of Education. Berkeley Youth Alternatives was one of the first local groups assisted by the health promotion program.

Now, CANFIT offers training and technical assistance to help communities across the nation. Its goal: preventing obesity and other chronic lifestyle diseases by improving access to safe, affordable, culturally appropriate, and healthy food. It also focuses on physical activity after school for low-income adolescent youth in urban or rural settings, and ethnic-specific organizations. 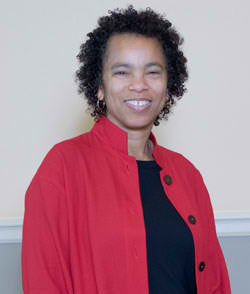 Hinkle, who jokingly describes herself as ageless, lives in South Berkeley with her husband. She has received numerous awards for her work, including from the Rockefeller and Robert Wood Johnson foundations and the American Public Health Association. In 2009-2010 she was an IATP Food and Community Fellow.

We spoke over sandwiches at Café Panini last week.

How do you relate to youth?

I come from a similar background, so I can talk from my experience, growing up poor in St. Louis, eating overcooked vegetables and meat at every meal — a very Midwestern diet.  And then I talk about learning about health and how I came to be doing what I’m doing and why I do it.

I also talk about how your food is a part of who you are but it doesn’t have to define you. Sometimes people will say I won’t eat that because that’s “white people” food—say, something like the sprouts in this sandwich—and you have to kind of tear that apart: why is it that you have that perception?

We work on getting youth to understand that if they eat a more nutrient-rich diet they’ll feel more satisfied. At the same time we recognize real concerns, like that fast food places may be the safest place in a community for youth to hang out.

How did you get into this line of work?

As a teen, I was part of an after-school program, where I met other kids from around the city, and one of my friends was a vegetarian. I must have been about 14, and I remember thinking: okay, there are other ways of eating.

My mom worked so I often had to start the family meal. I did a lot of experimenting with cooking, baking, trying different foods. I liked to cook. I ended up getting a scholarship to Princeton and so I went away to school and as  a way to earn money I started catering events. And when I got out of school I realized I needed a skill. I had a great education but no skill.

So I applied to a culinary school in Boston but, in the meantime, a friend took me to Martha’s Vineyard and I fell in love with the place and ended up getting a summer job at this old hotel that had a European-trained chef and he took me on as an apprentice. I figured I’d learn more from this chef than I would at culinary school so I stayed through the winter and then for another three years after that working at different places.

I worked cheffing for about seven years, catering, restaurants, and at a retreat center. It was when I started growing things—and working with the soil—that I realized a lot of what I was serving people, cream, butter, and meat, wasn’t very good for them. That’s when my interest in nutrition began. 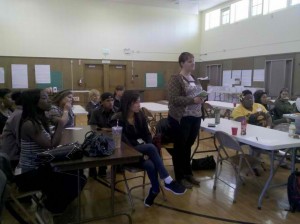 What’s the most rewarding aspect of your work and the biggest challenge?

That’s easy: the best part is going into communities, making relationships, and seeing the light bulb go on around change and how it can improve individual and community health. The toughest part: funding. Now, we get smaller amounts of money for shorter amounts of times with a lot more guidelines attached to it.

Does being in Berkeley help or hinder what you do?

Well personally, it’s great because I live a mile from my job, so I get to walk to work. And it’s a great place to live. But we haven’t worked on a project here in years. Sometimes coming from here is a detriment because so often when people hear Berkeley they think: you have it all made and you have no issues as far as food is concerned.

We work with an American Indian reservation community in Arizona who are trying to return to their traditional foods, both growing them and having them served in their schools and senior centers, foods like corn, beans, desert plants. They even opened their own cafe.

Our Mo Project, a contest for youth who shoot their own 90 second PSAs on bringing about healthy change in their communities, is pretty inspiring.

Now that we have adolescents’ attention and have made progress getting them plugged into food and community health, we’re working on how we can get youth to become the next generation of leaders on these issues. We’re developing a guide on food-system careers for low-income youth of color.

Photos: Top: One of CANFIT’s programs is the MO Project which uses media and technology to encourage youth to advocate for nutrition and physical activity issues in their schools and community. Photo: CANFIT. Middle: Arnell Hinkle, executive director of CANFIT. Bottom: A CANFIT after-school wellness learning community program in Oakland in May this year. Photo: CANFIT