Healthy Eating is Hard, But Not Impossible for Low-Income Americans | Civil Eats

Healthy Eating is Hard, But Not Impossible for Low-Income Americans 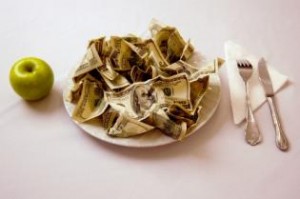 There’s a new study out purporting to show that, as this AP story puts it, “healthy eating is a privilege of the rich.” In many ways, this headline is meant to be a spear slicing deeply into the Achilles heel of the food movement. In one stroke, it seems to confirm the stereotype of the elitist, Alice Waters-loving, farmers-market-shopping locavore who demands we all drop the Doritos and start learning to love kale chips instead. It is, however, a bit of an overstatement.The study, published in the journal Health Affairs, is actually doing something a bit different from what the news coverage would lead you to believe. The researchers have excellent pedigrees: epidemiologists from the University of Washington’s School of Public Health, including Adam Drewnowski, who has a large body of work looking at the various challenges of healthy eating for low-income people, and ways to overcome those challenges.

The authors looked at four basic nutrients that the USDA recommends Americans get more of: potassium, calcium, vitamin D, and fiber. Then they looked at the buying habits of a group of residents from King County, Wash. (an area that includes Seattle) and calculated the increase in cost for them to do just that. The eye-opening finding that got most of the press coverage was that increasing consumption of potassium to meet USDA recommendations “would add $380 per year to the average consumer’s food costs.”

But even the study authors admit that there’s a wrinkle here worth noting: They didn’t search out the cheapest source of potassium (bananas, for the record) to come up with that figure. They performed statistical analysis to model a diet higher in those nutrients based on what the study participants were already buying. That’s very different from trying to shop on a budget!

Indeed, their point was not to demonstrate that healthy eating is the province of the rich. Their conclusion was simply that “adopting a nutrient-dense diet in line with both dietary recommendations and current U.S. eating habits may raise food costs for consumers.” In other words, it’s not enough for the government to set dietary guidelines. It needs to radically change its policies, including but not limited to possibly subsidizing healthy foods, if we are to achieve the goal of healthy eating.

Last year, writers Jane Black and Brent Cunningham demonstrated the possibility of healthy, even locavore-style, eating on a tight budget during time spent researching a book in Huntington, W.Va., site of Jamie Oliver’s Food Revolution television show. They spend $2.38 per person per meal (cooked at home) while eating “plenty of organic produce … local eggs, buffalo meat and un-homogenized milk in glass bottles.” That’s not to say it’s easy, of course. But it’s not impossible.

The new study’s main thrust is that Americans will have to change their eating patterns if they are to eat a healthy diet affordably. But didn’t we know that already? Forget potassium — it’s well known that Americans don’t come even close to the recommended number of servings of fruits and vegetables, and if they tried, there wouldn’t be enough fruit and veggies to go around! The real question, which the study does not address, is how to get from where we are to where we want to be.

To me, the most interesting finding of the paper was not the “cost” of potassium (which may be a convenient nutrient for this kind of analysis but is certainly not the one most consumers focus on when shopping). Rather, it was the researchers’ results that showed “each time consumers obtained 1 percent more of their daily calories from saturated fat and added sugar, their food costs significantly declined.” Over the course of a year, a consumer could reduce food costs by $125 for each 1 percent increase in calories from sugar and fat. In other words, all the financial incentives point strongly to upping calories from fat and sugar and slashing the nutritional quality of the American diet.

The sad fact is that we are not born knowing how to shop for healthy food. While the concept of “healthy eating” has a long pedigree, for most of history the vast majority of people ate what was available or, if possible, the foods their parents ate. To vastly oversimplify, this fact held true for most people in the developed world until the middle of the last century when the great “labor saving” wave swept over American households (much to the relief of millions of women). It was at that moment that traditional “foodways” finally gave way to a corporate version that emphasizes convenience, ease, and palatability (achieved through manipulating sweet, fat, and salt). Government should be the obvious counterweight to the corporate marketing machine, but for reasons of internal conflicts and regulatory capture, it’s not.

Navigating the grocery aisles has never been more complicated — and not just for low-income folks. I can attest to the fact that many of my well-educated, affluent peers don’t manage things so well either, if the number of parents who serve their children sports drinks but limit soda is any indication. With time and money at an absolute premium and when most food education takes place in front of the television, do we really need a study like this to tell us which way the food winds are blowing?