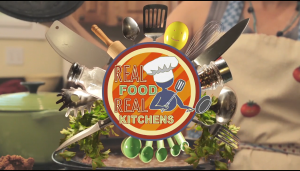 I think we can all agree that the sedative power of television provides escape; much like any number of self-numbing tools we may choose to consume one way or another. I fully admit to administering a daily dose of TV at the end of a long day, just enough to blur the mind space and glaze the eyes until I drag myself to bed a short hour or two later. I’m not very proud of it, I know there are countless more productive things I could be doing during that time. But the whole seduction is just that…television takes away the need to be productive. It is a glossy, other world of fantasy, adventure, and illusion. Why else do we find ourselves saturated in this “reality” TV culture? The lives of others takes us outside of our own, an episode of someone’s experience gives us respite from the banality of our day to day. Sometimes, however, there are occasions when some genuine truth seeps in. And if we can discipline our channel surfing thumbs to the right place, the content that sneaks into our brains can actually present some positive, constructive, and educational information.

Real Food Real Kitchens is a new PBS cooking show that is just that: Real. Far from the patina falseness of Rachel Ray’s shiny kitchen set, this show portrays actual homes and documents a person making a family recipe. It is at once a look at community, at culture, at health, and at food. And, in a time when we are so far removed from all of these things in this country, it is a welcome change from the usual Food Network lineup.

Craig Chapman is the Producer for the show. During what he calls a “lull” in his freelancing production manager schedule in New York, he came up with the idea and decided to make the jump into self-employment. When asked what attracted him most to the show idea, he said:

I loved the concept because while I am not the biggest foodie in the world, I love really great, personal stories and I felt like food was the one thing in life everyone needs and it’s the one thing in life that usually includes a group of family members or friends. The world of food in television has gotten so saturated with celebrity competition type cooking shows that RFRK just seemed fresh and simple to me and it seemed like an idea that would appeal to everyone.

Episode One features Javis Finney, who welcomes us into his Brooklyn home and offers his grandmother’s Trinidadian Curry Chicken. It’s real life, real ingredients, a real kitchen, and a real family. No product placement, no corporate sponsored bells and whistles blurring the lines between content and advertisement.

Speaking about some of the difficulties in finding the right combination of authenticity and personality while making sure the chosen recipe is along the same lines as well, Chapman said, “The hardest part of casting was finding genuine, traditional, cultural, and historical dishes that had a deep emotional connection to the guests. Everyone has a famous family French toast twist or peanut butter and jelly twist but getting a true, from scratch dish isn’t as easy to find as I thought it would be.” He continued, “Another difficulty in casting was finding guests that can carry an entire 30-minute show. No one is a celebrity and no one has hosted a TV show before so it’s hard to find a natural. Many potential guests would mimic food shows they have seen on TV and that is exactly what I was not looking for.”

The simplicity of one recipe that turns into one family meal gives the viewer just the right mix of personal connection with cooking instruction. It links food to story, which is truly what we all share and what can ultimately bring us all together. No matter who you are, what walk of life you tread or what your views are, you have food memories, food stories, nostalgic flavors. When we talk to each other about these things, we cross lines. Real Food Real Kitchens is a visual tool that captures the essence of how food unites us with a common thread.

And if you think you have that delicate balance of teacher, cook and superstar, e-mail info@realfoodrealkitchens.com with the following information, along with photos, and your email address:

– Describe yourself and your personality.
– What are some of your favorite dishes or types of food to cook (Trinidadian, Ethiopian, Indian, French, Russian, American, etc.)?
– What is your specialty?
– Who do you cook for (family, friends, etc.)?
– Where do you like to shop for your food?