Why Laying Off Ag Reporter Philip Brasher is Bad for Food 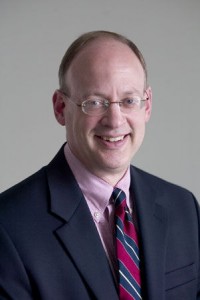 Well-known DC-based agriculture reporter Philip Brasher was just let go by the Des Moines Register. His reporting also often appeared in USA Today; both papers are owned by the parent company Gannett. The loss is a reflection of the climate in journalism today, in which most mainstream media is forced to make cutbacks to editorial and reporting staff due to losses in advertising revenue. But here is why you should really be concerned about the future of food and agriculture policy in this country.


Journalism is necessary to inform the public and maintain our democracy. The agriculture beat was once an important area of coverage at all major outlets, delivering information about rural areas as well as policy making on food in Washington. But the agriculture beat has been dying a slow death for five decades.

As I have written before, this issue area is currently evolving to engage consumers about where their food is coming from. Food-focused stories often go viral on the Internet, and even win Pulitzer prizes. Unfortunately, while there is a growing hungry readership for this reporting, editors haven’t all made that connection. Agriculture reporting has often been the first to get the axe during these times of austerity, and most major outlets have yet to dedicate anyone to the consumer-oriented food policy beat.

Reporters covering this newer food beat in some capacity include William Neuman at the New York Times; P.J. Huffstutter and Russ Parsons at the Los Angeles Times; Mary Clare Jalonick at the Associated Press; and Lyndsey Layton at the Washington Post; Charles Abbott at Reuters; and Mark Bittman, on the Op-Ed pages of the New York Times. In addition, this beat has been covered skillfully online by Tom Philpott at Mother Jones; Barry Estabrook at Politics of the Plate; Helena Bottemiller at Food Safety News; Tom Laskawy at Grist; Sam Fromartz at Chews Wise; among many others–in addition to our talented writers here at Civil Eats.

Uniquely, however, Brasher wrote for a Midwestern audience about food policy. It has become increasingly rare for a Midwestern paper to keep an agriculture reporter in Washington, and in fact he was one of the last reporters left reporting solely on national food and agriculture policy for a major media outlet.

Brasher was one of the only reporters who was not working for agriculture industry-sponsored outlets in the room at Senate and House Agriculture Committee hearings, and played a key role in informing the public about these as well as the inner workings of the U.S. Department of Agriculture and the U.S. Food and Drug Administration. For the most part, the agriculture industry will now have a free reign over coverage of national food policy issues in the Midwest.

As Thomas Pawlick writes in his book on the death of farm news, The Invisible Farm, “The paucity of resources made available by the major media to cover agriculture and rural affairs, and the ignorance of most journalists regarding rural issues, has rendered the farming and food distribution systems that feed the people of the globe effectively invisible.” This invisibility has allowed corporations to get ever bigger and call the shots in Washington.

Twitter lit up when the news of Brasher’s lay-off hit. The timing of the move was called into question by food policy reporters like Maryn McKenna, who tweeted:

Other users passed on the tweet and attached the hashtag #hirebrasher, hoping to inspire another outlet to benefit from Gannett’s bad decision.

Gannett made the decision to lay-off 700 employees, Brasher among them, due to budget cuts. But firing their only national agriculture reporter is a clear sign that food as an area of focus at Gannett is undervalued.

Tom Philpott was among those responding to the news via Twitter. He tweeted: “too bad DM Register is owned by a faceless nat’l corporation w no stake in ag policy, not by people in Iowa.” In a follow-up email, he added, “This decision represents a classic market failure—and a tragic one heading into a farm bill/election year.”

Responding to a request for comment, Laura Hollingsworth, president and publisher of the Des Moines Register, said, ”While we made the difficult decision this week to close our Washington, D.C., office, we maintain a 45-year reporting veteran in Des Moines who covers the agricultural issues that affect Iowa and the Midwest. We also are augmenting his coverage with resources from Gannett’s ContentOne team. Fully leveraging our resources in Iowa and Washington allows us to still provide comprehensive political and agricultural coverage for our readers in Des Moines and beyond.”

After about two hours of tweets mentioning the lay-off, Philip Brasher broke the silence, also with a tweet: “Saddest part: DM Register opened bureau nearly 80 yrs ago to cover ag policy when Wallace became ag secy.” This was followed by another tweet: “Years with @DMRegister were wonderful. Real pros have lost jobs they loved – and still working their butts off there.”

In a follow-up email, he wrote, “This is a critical time for food and agricultural policy because of the deep budget cuts that are coming and the choices that Congress is going to have make… about what money there is available. It’s vital that the public understands the impact of those policy choices and the tradeoffs they involve.”

We will have to wait and see if another outlet snaps up Brasher, recognizing the value of a talented food and agriculture journalist. Meanwhile, I fear that without journalists like Brasher to shine a light on food policy, the public will remain critically uninformed and policy decisions will continue to be dominated by industry players in Washington.