The world is still, after several long years, desperately trying to climb out of the financial abyss brought about during the latest global financial meltdown. Painful “austerity” measures, largely impacting working class people who already suffered the most during the crisis, are proffered by those responsible as the short-term economic fix to what ails nations around the world.

After roughly 150 years, and the countless day-to-day tribulations of billions of people, capitalism is being questioned like never before. Not surprisingly, the Bay Area’s counterculture spirit transforms economic models as well. New, locally minded businesses whose lifeblood includes notions antithetical to the dominant paradigm, including shared prosperity, enabling and/or giving to others, and creating community, are thriving.

Do they offer a more satisfying, rewarding, and ultimately more viable path for long-term success for society at large? On Wednesday, June 29, please join Kitchen Table Talks as we discuss the vision, mechanics, and spirit behind these “Alternative Business Models.” 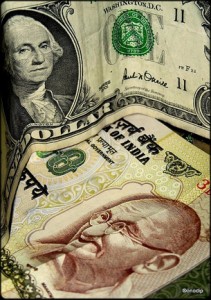 Cathy Goldsmith, member of the Cheese Board. Cathy graduated from the University of Michigan with a degree in education and has cooked at various restaurants in the East Bay, Philadelphia, and London.  Her interest in food, politics, and social justice have found a home at the Cheese Board (a 100 percent worker owned co-op since 1971), where she’s been for the past 16 years.

Anthony Myint, restaurateur, chef, and author. After eating his way across 31 countries at age 25, Anthony landed in San Francisco and proceeded to co-create Mission Street Food, Mission Burger, Mission Chinese Food, and Commonwealth Restaurant–with its “benevolent business model.” Anthony was named among the most influential people in food in 2010 by Chow.com and among the “Top 40 under 40” by Food & Wine magazine.

Jessica Prentice, Co-Founder, Three Stone Hearth. Chef, educator, innovator, and mother, Jessica has been a spark in the Bay Area for the past 15 years. Formerly chef of the Headlands Center for the Arts and Director of Education Programs for the Ferry Plaza Farmers Market, Jessica coined the word “locavore” and co-created the Local Foods Wheel. Her first book, Full Moon Feast was released by Chelsea Green Publishing in 2006.

Caleb Zigas, Executor Director, La Cocina. After interning with ProMujer in El Alto Bolivia where he learned about microfinance in its infancy, Caleb brought those lessons to bear at La Cocina when it opened its doors in 2005 and has been shaping its incubator program ever since.  A former Yoshiyama Young Entrepreneur and named one of five “Community Organizers making a difference” by Inc. magazine, Caleb’s combination of food industry experience and commitment to social justice helps strongly define La Cocina.

The Panel discussion will be preceded by an introduction to the Living Wage by Karl Kramer, Campaign Co-Director of the San Francisco Living Wage Coalition.