Messages from Food Policy Conference: From Neighborhood to Nation 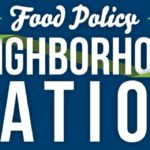 This past weekend over 600 policy wonks, city officials, public health advocates, food policy council members, good food advocates, community gardeners, and other interested parties gathered in Portland for the first-ever national conference on local and state food policy, hosted by the Community Food Security Coalition. The goal of the gathering was “to create a space for policy makers and advocates to share their experiences in organizing for and implementing food policy,” via an array of workshops, plenaries and networking sessions.

As I’m committed to sharing ways in which we can all continue to work towards a major paradigm shift in our social, cultural and democratic structures as they relate to our food system, I would like to offer the following notes. Similar to my report on the University of Oregon’s Food Justice Conference, I wasn’t able to attend all sessions but hope that my perspective promotes new ideas and continued action.

Overall the reviews were positive. People left inspired with action plans in hand, ready to share with the folks back home. As there are now over 100 food policy councils in some sort of organized structure across the country, where there were almost none five years ago, the conference came at a good time to reflect on and share a broad range of successes and failures, and sustainable food plans, all learning opportunities.

While I missed the opening plenary entitled, “Leading the Movement for Food Justice: Analysis, Organizing and Power for Policy Change,” my ears on the ground reported that Saru Jayaraman of Restaurant Opportunities Centers United stole the show with her account of the neglect and needs of service workers across the country.

In the general session the following day, “What’s Next? Growing a Food Policy Movement,” Congressman Earl Blumenauer of Oregon’s Third District spoke about our “entrenched political system that stifles change” and the need for “more evangelical work with farmers and ranchers who don’t understand that groups that purport to support them are in reality short changing them” while those in food systems change have an opportunity to be their partners to “support them in their natural inclination to be stewards of the land.” He also urged us to support Paul Ryan’s $30 billion cut in farm subsidies “because it’s an opportunity for coalition building.” And, he asserted that “farmers’ markets are a secrete weapon” for social change.

The 2011 Food and Farm Bill was, of course, another hot topic of conversation with CFSC supplying all attendees with a draft copy of their platform priorities developed with input from 11 listening sessions across the country. What emerged were two themes from which the CFSC developed their draft language: Improving access to healthy food for everyone, especially for low-income people, and building local and regional food systems and infrastructure. They are asking for feedback on their document [PDF] by the end of May, so don’t hesitate to share your thoughts.

With many officials speaking and in attendance (from Portland’s Mayor Sam Adams to city supervisors, council people and representatives from the House and Senate, from many states and communities), a lot of advice and ideas on how to engage them in food systems change was shared. As reminders, common sense strategies for working with them include:

While it’s abundantly clear that the time for action is now and we don’t have time to wait for the slow process of policy change, there is a process in place, as frustrating as it can be. And while there are clearly many avenues from which to address the myriad of needs from diverse groups, working toward an equitable and secure food system, we have to play the game by their rules, for now. This is not a time to resist the game. It’s a time for bold requests, innovation, creativity, and seizing opportunities as they present themselves. Politicians want your ideas. They just need them in a way that makes them look good.

Which brings me back to the Food and Farm Bill. Whether budget cuts result in another dismal year for food advocates or the bill gets pushed to 2013, there are still many perspectives on how to go about asking for what is fair and just. I heard from members of the “we have to stand up and stop fighting for crumbs” camp and the “we have to take on big ag and re-focus commodity subsidies towards a diversified approach to farming and feeding people” camp, as well as “SNAP needs a major overhaul” camp to “the big evil behind the industrial hunger complex” camp. Each had valid arguments and sincere needs that require immediate action. The main issue remains though that this is a time when we need more people than ever to support smart changes to the bill.

Many at the conference expressed a need for more education and outreach and a tool that communicates any and all wonky language into easy to digest and disseminate talking points so that lay people in the movement can share impacts and understanding with colleagues and community members. CFSC missed an opportunity to do so in the general session with 600 people eager for leadership in one room. They could have easily started with a synopsis of the Food and Farm Bill right off the bat, leading all attendees in an education session on one of the biggest policy battles that illustrates a neighborhood to nation perspective.

Finally, as those in attendance were people who, in a matter of minutes, reference the misappropriation of commodity subsidies, the corrupt actions of food and soda corporations, a school food system governed by the Department of Defense, debates over proper use of SNAP disbursements, diet-related disease and death, peak oil, climate destabilization, a raging Mississippi River, and the “rapture” all as threats to food security, health and equal access for all, it was inspiring to be in a town with a sensible and enviable 15-year sustainable food action plan [PDF].

Sincere props to Portland for modeling programs that reflect simple, common-sense principals and initiatives that continue to develop and work for communities.