Following the Farmers of Northern Japan, After the Quake | Civil Eats

Following the Farmers of Northern Japan, After the Quake 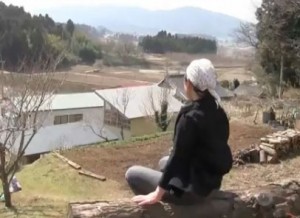 Filmmaker Junko Kajino grew up on a farm in Japan and, although she now lives in Chicago, she’s remained interested in the organic farming community back home. In the weeks since the nuclear disaster at Fukushima Dai-ichi, Kajino has kept a close eye on the organic rice and vegetable growers in the area and she noticed certain themes in the messages appearing on blogs and social media sites. “They focused on how to reduce radiation, how to cultivate their contaminated land, and what they can grow in their polluted soil,” she recalls.

Despite the severe damage to their land and the heightened concern about ongoing radiation, Kajino says, the farmers were not complaining. Instead, she says, they’ve  started talking about what to plant. “This was the hope I saw in the last several months and I need to document that.”

This spring, Kajino and her filmmaking partner Ed Koziarski will travel to the Tohoku region of Northern Japan to follow several farmers who are working to rebuild. The farms they plan to document—in a film titled Uncanny Terrain—are just outside the evacuation zone (recently extended to 30km), and many are within the 80km warning zone declared by the International Atomic Energy Agency (IAEA). Still other farms are further away, and have had no reports of nearby high radiation, but they’re still affected by the stigma against food (and people) from the Tohoku region.

Among those they plan to follow is 28-year-old Masanori Yoshida, who left his job as a chef in Tokyo to work his family’s land. In the past, he’s grown what’s called “firefly rice,” named for the lack of pesticides used in the growing process that have allowed the glowing insects to return. “We don’t know if our crops will be safe,” Masanori told the filmmakers. “We can’t ignore this issue. But we won’t stop cultivating our land”

Megumi Kondou is another example. She is still awaiting government approval to return to the farm she evacuated after the earthquake. Rather than rice, she is considering growing canola, which she believes may help reduce radiation in the soil, and is a potential source of biofuel.

There are significant questions at hand about how and when the land in this area can be used. As Koziarski and Kajino wrote on the film’s fundraising page, whether the land can be returned to its natural state, “or whether the farmers must abandon their ancestral homesteads, remains to be seen.”

Koziarski says he’s motivated by what he sees as tragic irony. “These farmers have done everything they can to be responsible stewards of the environment,” he says. “They now see their efforts undermined by the irresponsibility of executives and government officials who concealed the risks of nuclear [energy] in Japan.”

Kajinko echoes this statement. “Some of these farmers have been avoiding these energy sources, [and trying to] live a self-sustaining life. Now they have to find the way to live side by side with radiation. But I believe that they might find hope. And I think that we might all need this lesson sooner or later.”

Learn more about the film, see Uncanny Terrain on the fundraising site, IndieGoGo.