Why is Our Food Making Us Fat? | Civil Eats

Why is Our Food Making Us Fat? 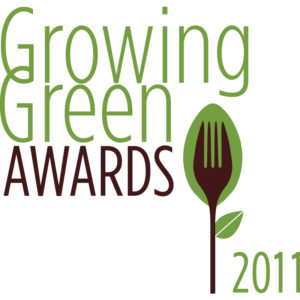 As a rancher and environmental lawyer, when I write or speak about America’s food system, usually it’s related to impacts on natural resources–air, water, and soils. But these last few years I’ve also become increasingly interested in how what we eat, and the way we eat, affects our health. With diet related problems like obesity and type II diabetes reaching dangerous levels, public officials finally seem poised to take action on what has grown into a crisis. At the same time, thousands of diverse individuals all over the country–from moms to school administrators to farmers–are taking food matters into their own hands. The reality is that truly changing the way America eats and produces its food will require both public and private action.

It’s no secret why we’re seeing more policy initiatives to remake America’s diet. Two out of every three Americans are now heavier than is recommended for good health. From just 1970 to 2003, the average US caloric intake increased by 523 calories. Sugar consumption has skyrocketed, increasing over 60 percent from 1900 to 2000. And that’s all while we’ve become dramatically less active, driving everywhere and performing less physical labor. (Interestingly, saturated fat consumption has actually decreased by more than 20 percent over the 20th century–because people have shifted away from using animal fats in cooking and baking–but that’s another story).

Did you know that your kids are swallowing a whopping 48 teaspoons of sugar with each Double Gulp from their neighborhood 7-11?

Americans’ sugar addiction is one reason why the concept of taxing soda pop is rapidly gaining popularity among several states and cities. As Dr. Kelly Brownell, of Yale University’s Rudd Center, explains, we select the defaults when making food choices–things that are cheap, easy and convenient. And unfortunately, sodas–often huge ones over 50 ounces–have now become the default beverages for many American adults and children. Data shows that simply raising the price on sodas would lower total average calories consumed by over 100 calories a day, helping to shrink American waistlines.

I think the soda tax idea has some merit, and, like Brownell, I’ve come to believe that public policy changes will be necessary to seriously reverse current dietary and health trends. But I find the efforts of individuals–creative food entrepreneurs of all types–just as promising.

Since I started working on food and agriculture issues over ten years ago, I’ve been on farms and at food events all across the United States. Some of the most exciting things I’ve seen are projects put together by local, private citizens who simply wanted their families and communities to have better food.

As a rancher myself, I’ve been impressed and inspired by young farmers cropping up across the country. My husband Bill and I were especially honored to be the keynote speakers at this year’s Young Farmers Conference at the Stone Barns Educational Center in New York. There, we met dozens of men and women in their twenties and thirties who were starting smaller scale, ecologically minded, diversified farms in every region of the country. Remarkably, almost none of the starting farmers I’ve met grew up on farms or went to agricultural colleges. This tells me there’s a whole new crop of farmers who don’t want to follow the path of conventional agriculture, instead aiming to grow food that’s healthy for our bodies, environment, and communities. They are re-creating American agriculture one farm at a time.

And the fight to reclaim the food landscape is spreading into schools. Parents, students, and other food activists are getting rid of soda and junk food in vending machines and cafeterias. Even better, parents, including some professional chefs like Bill Telepan in New York City, have donated countless hours of their own time to improve the food offered in school lunches. There are enormous obstacles to changing school lunches but thousands of volunteers–and even some federal legislation, which added $125 million to school food service kitchen equipment in the past two years–are making it happen.

Some of most exceptional American efforts will be recognized by the Natural Resources Defense Council at their 2011 Growing Green Awards in San Francisco on April 28. I’m really looking forward to spending the evening with Michael Pollan, Laurie David, and the fantastic Growing Green Award winners. Honoring such unique, individual efforts is helping to bring the remarkable work of sustainable food and agriculture pioneers, both young and old, into mainstream American culture.

These extraordinary food leaders are transforming what and how we eat. It’s the primary reason why I am truly optimistic about the future of the food we eat here in America.

Take a look at the winners of last year’s NRDC Growing Green Awards: