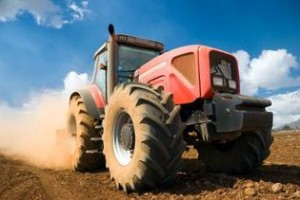 Will the next Farm Bill, scheduled for passage in 2012, put public policy in service of a food system that works for farmers, eaters, and the environment?

Well, optimism over federal food-policy reform never runs very high in sustainable-ag circles. The agrichemical lobby is flush with cash and friends in Congress and the White House. But the current budget fight is making a bleak situation look downright disastrous. It’s looking like the looming budget deal will slash funding for the few programs that currently counteract the Big Ag policy agenda.

And while the current fight only involves fiscal 2011 funding, what emerges from it will set the “baseline” for funding in the coming Farm Bill, Ferd Hoefner, policy director for the National Sustainable Agriculture Coalition (NSAC), told me in a phone conversation. Many of the USDA programs heralded by the Obama administration under the “Know Your Farmer, Know Your Food” initiative, which are designed to expand access to fresh food and link farmers to local markets, are on the chopping block, Hoefner told me, as are ag conservation programs that give farmers incentives to consider other goals besides just maximizing production of a few commodities. The sustainable-food movement has put together the initiatives through decades of grassroots organizing and low-budget lobbying, and they are in danger of seeing their budgets cut for years to come.

A recent letter signed by 154 progressive ag groups, including Hoefner’s NSAC, analyzed the proposed House budget like this:

The House measure would cut a disproportionate $5.2 billion or 22 percent from the combined USDA and FDA budgets, compared to a 6 percent cut for the government overall or 14 percent for non-security spending. Even those numbers mask the size of the actual cut. The House also proposes deep cuts to mandatory conservation and renewable energy funding provided by the 2008 Farm Bill—a combined $500 million would be cut under the House bill from the Conservation Stewardship Program, the Environmental Quality Incentives Program, Wetland Reserve Program, and the Biomass Crop Assistance Program. With those cuts included, the total cut to agriculture comes to $5.7 billion or 24.5 percent.

And what about commodity payments, which go to a relatively small number of large farmers?

Despite the decision to re-open the 2008 Farm Bill and make cuts to mandatory programs in an appropriations bill, none of the cuts in the House bill are directed at the two largest federal agricultural spending items—commodity and crop insurance subsidies. In a year of relatively high farm income, the House has focused its cuts instead upon programs that protect the environment, increase economic opportunity, serve beginning and minority farmers, and ensure proper nutrition for low-income families.

Why are the conservation programs so important? For decades now, the main thrust of U.S. farm/food policy has been to push farmers to grow as much corn, soy, and a few other commodities as possible. Nixon-era USDA Secretary Earl Butz set the tone. Farmers should “get big or get out,” he famously thundered; and the surviving large operations should “plant hedgerow to hedgerow”—i.e., as much as possible, damn the environmental consequences. Butz’s agenda is tailor-made for big corn processor/meat producers like Cargill and the agrichemical giants that sell farmers inputs, like Monsanto.

The Farm Bill’s commodity programs are the most infamous example of this maximum-production-at-all-costs policy, but hardly the only one. The various federal goodies propping up corn ethanol—from tax breaks to the Renewable Fuels Standard—are probably even more important at this point. The result has been mountains of cheap food—and all manner of public-health and environmental ills, which I tried to sum up in a post last year for Grist called “Why are we propping up corn production, again?”

For example, the Conservation Reserve Program rewards farmers for keeping environmentally sensitive land out of production—important at a time when high corn prices might tempt a farmer to squeeze a last couple of crops out of a highly erodible piece of land. Other programs give farmers incentives to plant buffer strips along streams, which can trap agrichemicals that would otherwise drain into streams and foul drinking water.

These relatively modest, successful programs deserve to be ramped up. Indeed, they could provide a template for a Farm Bill that makes sense for farmers, eaters, and the environment alike. Say, for example, we stopped paying farmers merely for planting corn, as some commodity programs do, or rewarding them for how much corn they harvest during low-price years, as other commodity programs do. Instead, say we started rewarding them for biodiversity: for expanding rotations to include other crops besides just soy, which would cut down on the need for agrichemicals. What if we paid them to plant nitrogen-fixing winter cover crops, which would build organic matter in soil and cut synthetic nitrogen use?

Instead, the current budget debate is steering us in the opposite direction. If the House bill is draconian for non-commodity farm programs, the Senate proposal is only marginally better, Hoefner wrote in an analysis. We could be looking at the long-term marginalization of any progressive agenda for federal farm policy.The time for citizen action is now. The Sustainable Ag Coalition has the goods on how to let your senators know that squeezing conservation and community food programs is a wrong turn, not the right way forward for ag policy.

A version of the piece was originally published on Grist