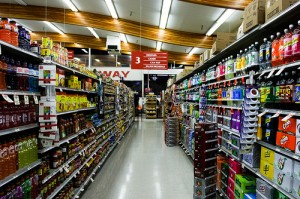 For years now, numerous commentators (myself included) have made comparisons of the food industry with Big Tobacco. The most recent example should become the poster child for how the most egregious tactics of tobacco companies are alive and well. Last month came the announcement that the American Beverage Association (the lobbying arm of soft drink companies) was donating $10 million to the Children’s Hospital of Philadelphia.

Why Philadelphia? Could a proposal to place a tax on soft drinks have anything to do with it? Here’s how the Philadelphia Inquirer explains it:

When City Council was considering a soda tax last spring, doctors from the Children’s Hospital of Philadelphia testified about the dangers of sugar-sweetened drinks. On Wednesday, the hospital announced that it would expand its obesity program with the help of $10 million from the very industry that produces them.

What a coincidence. Maybe not. The paper continues:

The industry first made the offer last spring, when City Council members were debating Mayor Nutter’s proposed 2-cent tax on every ounce of sugar-sweetened beverages sold in the city. The tax was projected to bring in $20 million for obesity-prevention measures and more money for the general fund. The idea fizzled in May without going to a vote.

Can’t imagine why. At least industry followed through on its bribe. The paper also notes: “The three-year grant is the inaugural gift from the Foundation for a Healthy America, a nonprofit created by the American Beverage Association.”

The American Beverage Association, which represents powerful companies such as Coca-Cola and PepsiCo, has lobbied for years against such commonsense policies as getting soda out of schools. Now the policy debate has shifted to soda taxes, an issue that industry finds more threatening than any other. Ongoing sales of Coke and Pepsi rely almost entirely on the products’ cheapness. Companies hate any government meddling in their competitive price points.

So here’s the game plan: create a front group – the Foundation for a Healthy America (how touching) – and funnel corporate money into it. Out the other ends comes tax-deductible grants to anybody who gets in industry’s way. There’s a name for this: it’s called buying silence. And guess who championed it? Back in 2006, I interviewed Richard Daynard, law professor at Northeastern University School of Law and veteran of the tobacco wars. Here’s an excerpt worth revisiting:

Another tactic we are seeing from the food industry is philanthropy. For example, we have PepsiCo and Coca-Cola funding educational programs in schools. What parallels do you see here with tobacco companies?

It’s very interesting. Phillip Morris was a very active philanthropist. They particularly gave money to minority organizations, and basically bought silence. [Meaning that in exchange for donations, recipient groups would not speak critically of industry.] There have been a number of articles written about how the tobacco companies bought silence, particularly from black organizations. They also would advertise very heavily in minority media; one of the few national companies to do it. It resulted in the black organizations and the black media basically not getting the word out that they were among the principal victims of this industry. They also advertised in early feminist publications, such as Ms. Magazine when that was the leading feminist magazine. So they bought Gloria Steinem’s silence. They bought a lot of peoples’ silence by buying ads.

Sound familiar? A $10 million donation may be a lot of money for a children’s hospital, and some good will likely result from the funds. But it’s a drop in the bucket for the soft drink industry, a small cost of doing business and a worthy investment. Especially because the proposed beverage tax was projected to bring in $77 million in just one year, with $20 million specifically allocated to obesity prevention programs. And with no strings attached. Somehow I doubt we will see any research coming out of Children’s Hospital of Philadelphia that could ruffle the feathers of the beverage lobby.

Mayor Nutter has said he won’t introduce the soda tax again this year, big surprise. Congratulations Coca-Cola and PepsiCo, you may now take your rightful place alongside Philip Morris and R.J. Reynolds in the Corporate Hall of Shame.

Originally published on Appetite for Profit