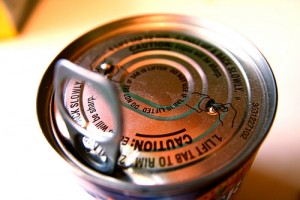 In late January, the U.S. Department of Agriculture deregulated genetically engineered (GE) alfalfa and sugar beets.  These products will now enter the food stream for animals and people.  Who cares about these developments?  Organic farmers certainly care, because of the risk of contamination of their non-GE crops through drift of the GE seeds onto their non-GE land.  Well-informed and true-believing food advocates care.  They do not want to GE food products, on principle and for fear of harm to living creatures.  Stated more broadly and clearly, people want to know—indeed deserve to know—that they eat safe food, not contaminated or toxic in any way.

In actuality, the science on GE products so far simply has not demonstrated harm to living beings beyond any reasonable doubt from GE food. This situation does not mean that there is no harm; it only means that science has not found it yet—and funding for this research is very limited. Science depends on testing and re-testing and figuring out if any particular result holds up to this kind of scrutiny. In the long run, science may never find harm from GE food because there is none.  Or we may encounter a biological catastrophe like what occurred with the introduction of thalidomide.

The precautionary principle would seem to apply to GE foods—with the implication that we keep doing the science to learn as much as we can before unleashing an unknown force into the environment.  But the advocates of GE alfalfa, sugar beets, corn, and soybeans repeat their mantra:  There is no scientific evidence for harm. Farmers need to plant now. With GE seeds they can use a pesticide that kills weeds but not the product and thereby reduce the cost of production. The company that owns the patent on the GE seed and makes the pesticide earns more money.  (Oh, and of course that one company would be Monsanto. In 2004, Monsanto GE seeds accounted [PDF] for 91 percent of global soybean area and 97 percent of global maize area, a combined total of 155 million acres.  In 2004 Monsanto sold seeds worth more than $28 billion.)

Does anyone else care?  It would seem that not many more people care. After all, most people just want to buy their food.  As long as the grocery store is open, stocks their favorite foods and keeps prices reasonable, people keep shopping. Perhaps more people would care if the grocery store posted a sign at the front door:  THE PRODUCTS IN THIS STORE MAY CONTAIN TOXIC SUBSTANCES.

How crazy would such a warning be?  It would not be crazy at all, even without indisputable, conclusive science.  Charts showing both the rising rate of obesity and the growing quantity of high fructose corn syrup (HFCS) in the food stream demonstrate a startling fact: The obesity epidemic started at the same time as the introduction as HFCS into the U.S. around 1975, at about the same time as sugar tariffs and quotas made imported sugar very expensive. Coke and Pepsi began to use HFCS in 1984. (See this animated map.)

According to the Centers for Disease Control, the increase of diabetes in the U.S. also increased after the introduction of HFCS, more than tripling from 1980 through 2008, from 5.6 million to 18.1 million. In addition to soft drinks, HFCS sweetens a large number of processed foods, the canned, packaged and bottled foods occupying the center aisle shelves of supermarkets and making up the vast majority of the stock keeping units (SKUs) in stores that carry tens of thousands of food products.

HFCS is the tip of the toxic iceberg in our food and in our environment.  Residues from other chemicals used in industrial agriculture to increase productivity and lower costs also increase the toxic load carried by every living being. Chemicals like Bisphenol-A in the lining of cans containing food on center aisle grocery store shelves add to our toxic load. We poison the living soil. We poison the fungi and the worms. We poison the frogs and destroy bee and butterfly habitat. Worst of all, every nursing mother has toxins in her breast milk–we are poisoning our babies.

This shared toxic load is self-inflicted genocide—actually biocide, since we are killing all living things.  While we could point fingers and express our outrage, such demonstrations have little impact.

Consumers need to take charge. More than foodies and activists, we need everyday people in neighborhoods all over the U.S. to buy real food and to avoid anything in a bottle, can or package unless the producer can certify that the ingredients are produced using sustainable practices and the production introduces no harmful substances. We need to build a blue-collar, working class, youth and adult popular campaign on Facebook, Twitter, YouTube, calling for toxic-free food from the food system. The campaign could include the following actions:

We need to free our food now.

Food is an edible plant or animal that grows, walks or swims on the earth and its waters with no genetic engineering, no exogenous hormone-driven growth, no anti-biotic driven growth and no synthetic chemical substances to mimic natural qualities.  Plant foods do not depend on petroleum-based fertilizers, pesticides, fungicides or herbicides.  Over millennia human metabolism and cultures have adapted to the foods growing in every ecological niche.

Anything else is a MESS (Manufactured Edible Substitute Substance)

Any edible substance other than real food is a MESS. A MESS has genetic engineering, hormone and antibiotic residue from concentrated production, and synthetic additives. Emerging research demonstrates that human metabolism cannot handle MESSes. MESSes subvert food cultures and food sovereignty. MESSes and the processes used in their manufacture and packaging contribute to the alarming toxic load that every human being now carries.