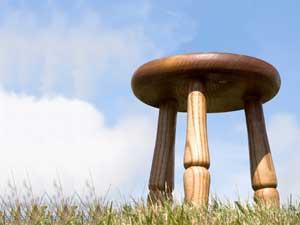 Under current law in California and most other states, companies can be sued by their shareholders or investors for taking environmental or social measures that negatively affect shareholders’ financial returns. The proposed bill would enable a new form of for-profit corporation, encouraging and expressly permitting companies to pursue other things besides simply making money.

This is no small matter. The legal issue of fiduciary responsibility has long been seen as a barrier to companies taking more proactive social and environmental measures. In many cases, it has given companies a fig leaf to avoid taking substantive measures to, say, clean up pollution or avoid sourcing from sweatshops. Indeed, the requirement for companies to put profits above all else has been blamed for much of society’s ills–at least the kind allegedly propagated by business. And the alternatives have been a cold cup of tea: to become a nonprofit organization, a hybrid model championed by social entrepreneurs, or some other legal entity frowned upon by capital markets. That pretty much guarantees that these “good” companies are destined to remain small.

For years, groups of socially responsible investors, social and environmental activists, and others have tried to change this state of affairs, with little success. Maryland and Vermont recently enacted measures to allow “for-benefit” companies, such as those advocated by the nonprofit group B Lab, and a few other states are considering them. However well-intentioned, these laws are limited in scope in that they focus principally on smaller, privately held firms.

Getting large publicly held companies to change has been all but impossible, which is why SB 201, the Corporate Flexibility Act of 2011 (PDF), introduced in California’s State Senate on February 8, is of such significance. It would authorize and regulate the formation and operation of a new form of corporate entity known as a “flexible purpose corporation.”

Under SB 201, “Any company establishing in California will be permitted to negotiate to include a social and environmental mission that is given equal weight, perhaps even greater weight, than profits,” Susan H. Mac Cormac, who co-led a working group that helped draft the bill, told me recently. “We have given additional protection to boards and management if they do that. We also have a metric for shareholders to enforce the social and environmental mission, just the same as shareholder value.” It’s a model, she says, that can be used by both public and private companies.

SB 201 differs from the “for-benefit” statutes in at least one significant way: It doesn’t proscribe what a company must do. The Maryland and Vermont laws, in contrast, spell out the requirements of a “benefit corporation”–a checklist that hews largely to B Labs’ model for sustainable business.

There are good arguments for both approaches. On the one hand, a set of criteria sets a standard for what a company must do to be “beneficial.” On the other, it lets legislators and regulators set those criteria, a process that often ends up muddled or worse. Unfortunately, traditional California corporations are not able to amend their articles to “embed” environmental and social criteria without considerable risk, thereby creating an issue for California corporations seeking “B Corporation” status.

Cormac, who co-chairs the 550-lawyer Business Department as well as the Cleantech Group at the law firm Morrison & Foerster, has been working on these issues for the better part of a decade. As co-chair of the California Working Group for New Corporate Forms, she and a small team spent nearly 18 months deliberating and drafting this proposed new division of the California Corporations Code. Along the way, the group solicited comments from an advisory committee comprised of members of the California legal and communities.

“We have the conservative folks behind us from the chamber of commerce,” she says. “We have a lot of support and have spent a lot of time working with folks to get it right.”

Cormac admits that big corporations aren’t likely to quickly adopt this new legal form should it become law. “The companies that could easily do this are the ones where there’s a really strong link between their profitability and their sustainability–the Methods or Revolution Foods of the world,” she says.

Even if SB 201 passes, it will be just one step in a longer journey to transform mainstream business to pursue environmental and social goals as aggressively as they do financial ones. To gain traction, these companies will need the support–or the demands–of institutional investors, such as large pension funds, embracing flexible purpose corporations. It will take leadership companies, government agencies, universities, and other large buyers of goods and services to adopt policies giving procurement preference to these companies. And it may well take preferential tax treatment for flexible purpose corporations, or other policy mechanisms, such as fast-track permitting or reduced oversight.

All of which is only one part of the puzzle, says Cormac. “I’ve looked at every part of the system, and it’s not just corporate structure that ties it to profitability. It’s executive compensation with stock options. It’s the analysts on Wall Street and the quarterly reports, and a whole confluence of factors that lead to this unholy emphasis on shareholder value.”

I asked Cormac how she and her law firm would benefit if SB 201 became law. After all, she heads the corporate division of one of America’s larger law firms.

“This is pro bono,” she says. “We have no skin in this game.” To back it up, she explains that she is working working with law schools at Stanford, Berkeley, and UCLA to establish free legal help for companies that want to set up flexible purpose corporations. “This is a passion, not a business opportunity.”

For now, it’s all about getting this bill passed–it needs to pass the gauntlet of two committees, then the full Senate, then the State Assembly and getting Governor Jerry Brown to sign it. It’s looking good, says Cormac, but we’ve all seen “sure things” blow up at the last minute.

This will take everyone’s best efforts–letters of support and all of the other usual tools of the trade. (You can send letters to Senator Mark DeSaulnier, State Capitol, Room 2054, Sacramento, CA 95814.) And it will take mainstream companies and investors standing up to be counted.

Without such a law, we’ll be stuck with business as usual–companies hamstrung by their legal obligation to put shareholders’ financial returns above all. But if bellwether California can get this passed, it will make it legally possible, once and for all, for companies to truly integrate the triple bottom line.

Joel is a well-respected voice on business, the environment, and the bottom line. As a writer and strategist on corporate sustainability practices and clean technology, he has helped a wide range of companies align environmental goals with business strategy. He is author of several books on business and sustainability, including his most recent, Strategies for the Green Economy. He also is a co-founder and principal of Clean Edge Inc., a research and publishing firm focusing on clean technologies, and serves as a senior strategist to GreenOrder, a sustainability strategy firm. Read more >