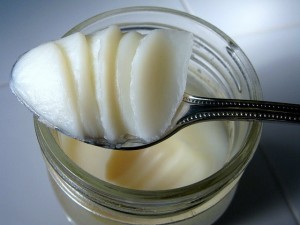 The low-fat trend finally appears to be on its way out. The notion that saturated fats are detrimental to our health is deeply embedded in our Zeitgeist—but shockingly, the opposite just might be true. For over 50 years the medical establishment, public health officials, nutritionists, and dieticians have been telling the American people to eat a low-fat diet, and in particular, to avoid saturated fats. Only recently, have nutrition experts begun to encourage people to eat “healthy fats.”

This past December, the Los Angeles Times reported that excess carbohydrates and sugar, not fat, are responsible for America’s obesity and diabetes epidemics. One of the lead researchers in this field, Dr. Frank Hu, professor of nutrition and epidemiology at the Harvard School of Public Health, said, “The country’s big low-fat message backfired. The overemphasis on reducing fat caused the consumption of carbohydrates and sugar in our diets to soar. That shift may be linked to the biggest health problems in America today.” Another expert, Dr. Walter Willett, chairman of the department of nutrition at the Harvard School of Public Health, said, “Fat is not the problem.”

Last month, Martha Rose Shulman of the New York Times Recipes for Health section, wrote that she’s taken the “no low-fat pledge.” Shulman writes, “I took a pledge the other day that will surprise my longtime followers. It even surprised me. I pledged to drop the term ‘low-fat’ from my vocabulary.”

Shulman, an influential food and recipe writer with over 25 books to her name, has long promoted low-fat and light cooking, but now writes, “There are many recipes in my cookbooks from the 90s that now look and taste dated to me. I’ve put back some of the oil and cheese that I took out when editors were telling me to keep total fat at 30 percent of total calories–a concept that is now obsolete even among policymakers.”

She and a room full of “nutrition scientists, dietitians, doctors, chefs and food service titans” recently listened to experts on nutrition debunk some of the common fat myths. Dr. Dariush Mozaffarian, who co-directs the program in cardiovascular epidemiology at Brigham and Women’s Hospital and Harvard Medical School and is an assistant professor at the Harvard School of Public Health, was also there and said, “No randomized trial looking at weight change has shown that people did better on a low-fat diet. For many people, low-fat diets are even worse than moderate or high-fat diets because they’re often high in carbohydrates from rapidly digested foods such as white flour, white rice, potatoes, refined snacks and sugary drinks.”

These are clear indications that an important tipping point in the mainstream understanding of fat and nutrition is underway. But it did take some time. Back in 2002, Gary Taubes wrote about it in the New York Times magazine, laying out a fine deconstruction of the low-fat premise presented to the American people. He pointed out that the science behind this recommendation was never proven and was actually based on “a leap of faith” (more on this here).

In 2001, Dr. Hu, writing in the Journal of the American College of Nutrition, noted, “It is now increasingly recognized that the low-fat campaign has been based on little scientific evidence and may have caused unintended health problems.” Or, as Michael Pollan pithily puts it in his In Defense of Food, “The amount of saturated fat in the diet may have little if any bearing on the risk of heart disease, and the evidence that increasing polyunsaturated fats in the diet will reduce risk is slim to nil.”

This brings up several important issues in the fat debate. It is still widely held that what matters are the types of fat we consume. Even in Shulman’s article on her fat re-education, there are contradictions—it’s clear she just can’t get her head around the idea that saturated fats may indeed be healthy. She writes, “Saturated fat—the kind found in animals and dairy products, as well as in any hydrogenated fat—is also regarded as a less healthy fat because it raises L.D.L cholesterol, or ‘bad’ cholesterol in the blood, and this kind of cholesterol is related to heart disease. But even saturated fat is not so bad compared to refined carbohydrates, the doctors say, and if we were to eliminate it from our diet we would also be eliminating many foods that are also rich in healthy fats, like fish, whose omega-3 fatty acids are vital to good health.”

But as Pollan points out, the idea that saturated fats are a less healthy fat just isn’t true, as the picture is fairly complex. Indeed, most foods are composed of a many different types of fats. For example, half the fat found in beef is unsaturated and most of that fat is the same monounsaturated fat found in olive oil. Lard is 60 percent unsaturated and most of the fat in chicken fat is unsaturated as well, according to Taubes 2008 book Good Calories, Bad Calories.  In his New York Times article he writes, “Even saturated fats–AKA, the bad fats—are not nearly as deleterious as you would think. True, they will elevate your bad cholesterol, but they will also elevate your good cholesterol. In other words, it’s a virtual wash.” Taubes continues, “Foods considered more or less deadly under the low-fat dogma turn out to be comparatively benign if you actually look at their fat content. More than two-thirds of the fat in a porterhouse steak, for instance, will definitively improve your cholesterol profile (at least in comparison with the baked potato next to it); it’s true that the remainder will raise your L.D.L., the bad stuff, but it will also boost your H.D.L. The same is true for lard. If you work out the numbers, you come to the surreal conclusion that you can eat lard straight from the can and conceivably reduce your risk of heart disease.”

Nearly every day new research and studies come out debunking popular fat myths; despite this, misinformation persists. On the Mayo Clinic’s Web site, saturated fats are lumped in with trans-fats under the banner “harmful dietary fat” and the site claims that saturated fat can increase your risk of cardiovascular disease and Type 2 diabetes.

The link to cardiovascular disease is tenuous at best—the idea being that saturated fats raise your cholesterol and triglyceride levels which in turn leads to cardiovascular disease. But according to the most recent studies, including one reported in the Los Angeles Times article, this is not true. “Contrary to what many expect—dietary fat intake is not directly related to blood fat. Rather, the amount of carbohydrates in the diet appears to be a potent contributor,” Marni Jameson writes.

And during a symposium called “The Great Fat Debate: Is There Validity In the Age-Old Dietary Guidance?” at the American Dietetic Association’s Food and Nutrition Conference and Expo, four leading experts agreed that replacing saturated fat with carbohydrates is likely to raise the risk of cardiovascular disease. Dr. Walter Willett said, “If anything, the literature shows a slight advantage of the high fat diet.”

And as for diabetes, there is no data to support the notion that a high-fat diet increases the risk for diabetes. Again, if anything, the opposite appears to be true. In a 2008 study reported in the Los Angeles Times article, obese men and women with metabolic syndrome (a precursor to diabetes) that went on a high saturated-fat, low-carb diet saw their triglycerides drop by 50 percent and their levels of good H.D.L. cholesterol increase by 15 percent.

But old dietary habits die hard and convincing people that what they’ve been told for the past 50 years is just plain wrong, is a hard sell. Not only that, but the continued recommendations to eat low-fat versions of foods (as in the USDA’s latest dietary guidelines and on the Mayo Clinic’s Web site) don’t help. Americans are confused about nutrition and disease and it’s only getting more complex with corporations claiming to make healthier foods (see Mark Bittman’s take on McDonald’s oatmeal and my take on Wal-Mart’s health washing).

Keep in mind, there is one type of fat that is implicated in high cholesterol, atherosclerosis, heart disease, and diabetes: Trans-fat. Trans-fats raise bad cholesterol, lower good cholesterol, and increase triglycerides, they also promotes inflammation and insulin resistance, according to a 2000 article in the Journal of the American College of Nutrition. This points to the one basic axiom that always hold true: Eat real, whole foods and nothing else—now, if we could only just all agree on what those are.