Apprentice or Intern? The Terms Behind The Titles | Civil Eats 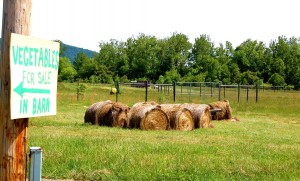 Trading a comfortable job in a big city for a labor job on a small farm is no longer a novelty. I joined the trend this past season, leaving an editing job in Manhattan to intern at Waterpenny Farm, an ecological vegetable farm in rural Virginia. My intentions were simple: learn how to grow the food I spent half my paycheck on at Whole Foods.

I was one of six interns working the 10-acre farm owned by a husband and wife team who were also the head farmers and parents of two young boys. Overseen and aided by our bosses, we interns were responsible for every aspect of creating and selling a vegetable, which includes (but is not limited to) seeding, planting, mulching, staking, stringing, weeding, harvesting, washing, bunching, pricing, composting, and vending. We were taught in a learn-as-you-work fashion, given enough instruction to complete each task. Though generally satisfied and grateful for the experience, I often wondered during the stifling 12-hour August days if the term “intern” was merely fancy nomenclature for a minimum wage loophole. Was I no more than an able-bodied worker? Or was I a valued, soon-to-be-learned apprentice? With application deadlines for this upcoming season approaching, these terms are helpful to consider before taking a first step toward farm work.

The titles “intern” and “apprentice” often appear interchangeable. Many small farm employers will have an “apprentice” link on their Web site that opens up to a page describing the terms of the “internship.” One can expect a small stipend, access to the vegetables one grows, and a place to sleep as an intern or an apprentice on nearly any small farm. Both interns and apprentices should also expect some theoretical education on the methods, business, and philosophies of farming. Many organic, sustainable, and biodynamic farms participate in a program called C.R.A.F.T. (Collaborative Regional Alliance for Farmer Training). This cooperative training provides educational opportunities for apprentices and interns. Throughout the growing season, local contingencies of the alliance arrange visits to each other’s farms, allowing farmers to present and discuss every aspect of their business, from beneficial bugs to working around Sabbath.

Despite their similarities, the terms are not arbitrary. While an internship introduces inexperienced people to farming via hands on training, an apprenticeship eventually creates a farmer by passing on an entire set of skills. Eric Plaksin, co-owner of Waterpenny Farm, explains why he calls his interns, interns: “We chose the label intern, and not apprentice, deliberately. I think apprentice implies training to eventually have the occupation you’re learning about. Over time you gradually learn what you need to know to do it yourself, and then you do it. Maybe 10% of our interns use their experience here in that way, and are farming for a living. We’re glad that happens sometimes. But the vast majority go on to other things, maybe related to agriculture in some way and maybe not.”

In such a way, the nature of the job can be dictated as much by the employee as the employer. Interns on small farms are often transient workers–young people in transition, either occupationally or geographically, or both. Transient workers on small farms are what migrant workers are to large-scale industrial farms: valuable to their employers for their crop-harvesting manpower. Those workers, like myself, who have an interest in farming but no prior experience nor defined agricultural ambitions will most often opt for an internship.

Apprentices hired at Smith Meadows in Berryville, Virginia, a farm specializing in grass-fed meat, will find the differentiation between intern and apprentice to be quite simple. Forrest Pritchard, who inherited the family farm that has been in operation since the 1800’s, defines apprenticeship in this way: “My apprentices come to me with the intention of farming. The onus is totally on me to make the yearlong apprenticeship worthwhile for them, to teach them the skills necessary to be able to farm on their own. I consider an intern someone that is hired to work for a shorter period of time, and learns by being put in the middle of the job, but not necessarily taught career skills. On the farm, we have apprentices and we have workers. I’m not sure what I’d do with an intern here,” says Pritchard.

An apprenticeship most traditionally means the training of a new generation to inherent the job of the previous. Apprentices are expected to grow into their roles and eventually transcend the title to become farmers in their own right. With only two apprentices per year, working the 500-acre farm, it is no surprise that six out of the eight apprentices Pritchard has trained since 2004 have gone on to be farmers or work in farming–versus the estimated 10% of Plaksin’s interns. Apprentices regarded as protégés are given a more deliberate education to offset the lower wages throughout the season. C.R.A.F.T. trips and farm talks might be offered, as well as access to organic gardening classes and project assigments on farm design. In some cases, earning a stipend of $200 a month versus an intern’s $900, the apprentice must find value in long-term investment over immediate compensation.

Farms are private businesses and while wage and labor laws for workers are regulated, terms of internships and apprenticeships are not. It is possible to enter an apprenticeship that turns out to be mostly labor or an internship that offers the work of an apprentice. Thankfully, many of these farmers rooted in sustainable, organic, biological practices are intent on seeing their methods propagate. So, before settling on a farm position this upcoming season, question the terms behind the title to get the most from your farm job.

The National Sustainable Agriculture Information Service website provides a wealth of information for finding internships and apprenticeships, to resources on urban farming.

WWOOF, or World Wide Opportunities on Organic Farms, provides a list of opportunities for those looking to live and work on an organic farm in exchange for room and board and food. Monetary compensation is usually not offered.

Christina Livadiotis is an editor and writer who holds a B.A. in literature from Georgetown University. She served as an Associate Editor for Zagat Survey before escaping to rural Virginia where she farms, studies viticulture, and documents life in the foodshed at www.smallfarmtable.com. Read more >