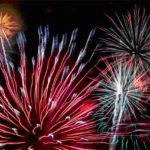 It’s that time of year again when we bid adieu to one year and look ahead to the next. For those of us at Civil Eats that means acknowledging that this labor of love is thankfully thriving. Without the tireless volunteer efforts of our managing editor, Paula Crossfield, our co-founder and editor, Naomi Starkman, and the support of Stacey Slate, our wonderful deputy managing editor, we would not be here today.

We are very proud of our accomplishments to date. Since January 2009, we’ve now posted 918 pieces, averaging 39.6 per month this last year, and we’ve reached the one million pageviews mark! We’re thrilled that the New York Times reads us, folks at NPR have referred to our work; we know from our our analystics that some governmental agencies are reading; and Technorati rates rates Civil Eats in the top 200 for the U.S. politics, food, and green categories and number 35 for health.

In the past year, we’ve published 40 interviews with folks working towards a just and equitable food system. We’ve talked with Laurie David, Morgan Spurlock, Raj Patel, Michel Nischan and Anna Lappé, to name a few and featured a number of profiles of women farmers from Temra Costa’s book Farmer Jane. Twelve of those 40 interviews were part of our new series Faces & Visions of the Food Movement which aims to highlight the motivations of people who work on behalf of food systems change and connect the dots between their goals, the people and groups in their community, and how they work together to realize their visions.

We reviewed over 17 books and six films. We continued our monthly community conversation Kitchen Table Talks in San Francisco and launched KTT NYC in November with a conversation about food waste. (Please let us know if you’d like to start a KTT in your town … we’ll help you get started.)

Not too shabby for an all-volunteer effort.

Thanks goes to all of our writers who contribute their work without compensation. Our goal is to pay our writers a fair wage for their efforts so be on the look out for our fundraising campaign and ways to contribute to the health and vitality of Civil Eats. We hope the work we do brings value and inspires continued efforts for a world that works for everyone.

Now, in no particular order, some of our favorite stories of the year:

1. One of the most inspiring stories of the year, Kids Radically Changing the Food System, highlighted the work of a few teens and tweens doing what they love best—raising chickens and educating other kids about chicken anatomy, making movies about how food gets from farm to plate, and starting non-profits aimed at reducing consumption of fast food.

2. In other tween news, we reported on 11-Year old Birke Baehr, who shares how he ”discovered the dark side of the industrial food system” and discusses food irradiation, GMOs, CAFOs, farm run-off, the problem with marketing food to kids and more, all in five minutes at a TED conference for young people called TEDx in Asheville, North Carolina. On the subject of paying more for better quality food, Baehr said, “with all the things I’m learning about the food system, it seems to me that we can either pay the farmer or pay the hospital.” Watch him here and keep sharing this incredible video.

3. Generating a lot of commentary, A Place for Us: The Black Farmers and Urban Gardeners Conference, by Melissa Danielle, delved into the issue of race and how people of color are “conspicuously and consistently absent from the dialogue that is transforming Americans’ relationship with food and farming.”

4. Was Meatopia’s Vision Too Utopian? by Adriana Velez looked at how producing a meat-centric event designed to take chefs out of their comfort zones ultimately failed to deliver.

5. Banning Soda for Food Stamps’ Recipients Raises Tough Questions by Andy Fisher generated a lot of comments and explored the thorny issues raised when NYC’s Mayor Bloomberg asked the U.S. Department of Agriculture to “allow the city to exempt soda from the permitted list of items its 1.7 million food stamp recipients can purchase with their benefits.” Read it for a critical look at the questions both anti-hunger and public health advocates must ask.

6. In Wal-Mart Promises Local Food, While Big Ag Gears Up for a Fight, Paula Crossfield looked at how Walmart’s new commitment to local foods which “has the potential to push forward regional food systems more quickly than the government would be able to through policy-focused rural redevelopment programs” will impact the efforts of big ag to maintain the status quo and the bulk of food dollars in their pockets.

7. Kerry Trueman reported on Domino’s Pizza and the USDA: The Bailout You Didn’t Hear About. Thanks to Kerry and both Stephen Colbert and the Times’ Michael Moss, we are all now very aware that Domino’s new extra cheesy redux was “financed by a government handout, or, if you prefer, corporate welfare.”

As always, Civil Eats is grateful to you, our readers, for your participation in this democratic venture. Your ideas, feedback, and support make this community endeavor truly worthwhile. We look forward to more inspired stories in 2011.