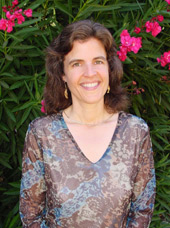 Michele Simon is a public health lawyer specializing in policy analysis, legal strategies, and countering corporate tactics. With 14 years of experience researching and writing about the food industry, she authored Appetite for Profit: How the Food Industry Undermines Our Health and How to Fight Back. She is currently watchdogging the alcohol industry, as Marin Institute’s research and policy director. You can read her writing on her blog, and follow her on Twitter.

My interests include nutrition policy and the role the food industry plays in marketing and obstructing policy to undermine public health. As for issues, that means everything from McDonald’s Happy Meals to the egg recall to the Farm Bill.

A food system based on democracy not corporate profits. A food system where we put social justice before economic gain; where everyone truly has access to fresh and affordable food and where that access is not dependent on income.

Marion Nestle. We share news items almost every day and she’s really been my mentor and the person who first inspired me. I discovered her work in the late 90s before she published Food Politics. She’s been extremely supportive over the years and I’m very grateful for that. Also inspiring and extremely supportive is Susan Linn, the director of the Campaign for a Commercial-Free Childhood. She’s taught me so much about unethical practice of marketing to children, beyond just food. I reach out to those two the most.

To me, first and foremost, food is a social justice issue and I want to see food advocacy framed that way. This is not just about personal choice, or voting with your fork, or shopping at your local farmers market—all important things. We need to get away from individual food choices and move toward making this a societal issue and making healthy eating accessible to everyone.

And, I’m committed to calling out corporate BS whenever I see it.

I’d love to accomplish everything we’ve discussed, but short of that, I think the role I can play is being a voice for people who have an inkling that something is wrong, but don’t necessarily have the platform. So I’m driven and motivated by people who reach out to me and say, “Yes, you’re right, thank you saying that and I’m going to point this out to someone else.”

The larger goal is to uproot the current mess and put something better in its place. The short term goal is to change hearts and minds and be a beacon of light to those who are also feeling the darkness.

I feel very fortunate to live in Oakland, California, four blocks from one of the best farmers’ markets in the area; but just a short distance away are neighborhoods that aren’t so lucky. But of course, it’s not luck, it’s class and inequity. Change looks like when all of Oakland and the rest of the country have access to what I do. I don’t think eating well should be a function of economic means. We also have to address poverty in this country on a broader scale.

Different levels of planning and outreach. I often tell people there are so many ways to get engaged and there are many great projects to bring fresh food to low-income neighborhoods. What’s missing is a broader vision of long-term change. It’s great there are these small local projects; but we also need something bigger.

We need some kind of coordinated political movement to really change the food system. I don’t know how to do that–I’m not an organizer–I just have a sense that’s what’s needed.

I am really inspired by the Campaign for Commercial-Free Childhood and am a member of their steering committee. I’m also an advisory board member of The Value [the] Meal Campaign for Corporate Accountability International. They take on corporate power related to tobacco, bottled water, and food.

I also love the Center for Media and Democracy, founded by John Stauber. Their mission is to expose corporate PR of all sorts.

The recent victory I wrote about for Civil Eats was very impressive. That was no small feat to take on McDonald’s and the powerful lobbying group for the restaurant industry. Yes, it was San Francisco and, yes, there was a majority vote early on, but not a veto-proof majority; the community leaders worked hard to earn that win. And when one city gets a victory, others get inspired.

I just came back from APHA [the American Public Health Association’s annual conference] and there was a session on the Farm Bill and I left somewhat depressed. We’re not going to get much out of the next round of the Farm Bill; there may some small positive things we can get, but, 2012 is an election year. So we have to look beyond that and take the long view.

Am I hopeful beyond 2012? I want to say yes. I see momentum building. The conference session was standing room only, which shows that health professionals are making the connection with food policy, especially those who see first-hand the myriad health problems related to our broken food system. Those alliances are getting built; it will just take more time. Hopefully we will get there.

I was having this conversation with some colleagues about whether there is even a food movement. What I think we have is a number of disparate centers of gravity around change related to food. Lots of great localized projects and plenty of positive energy.

But I like to imagine what it would be like for everyone to go march on Washington. Part of our time needs to be spent getting political. We are not currently organized politically in a way that we need to be to make real change happen.

Some of that is the fault of people who promote messages like “buy local,” or shop at your farmers’ market, etc. You just can’t change the food system with a slogan. Our messaging can’t stop with personal behavior change, it has to get political.

I don’t think the what is as important as with whom. Food is basically for nourishment but what makes it a meal is when it’s enjoyed with good friends.