After 'Super Size Me': In Conversation with Morgan Spurlock | Civil Eats

After ‘Super Size Me’: In Conversation with Morgan Spurlock 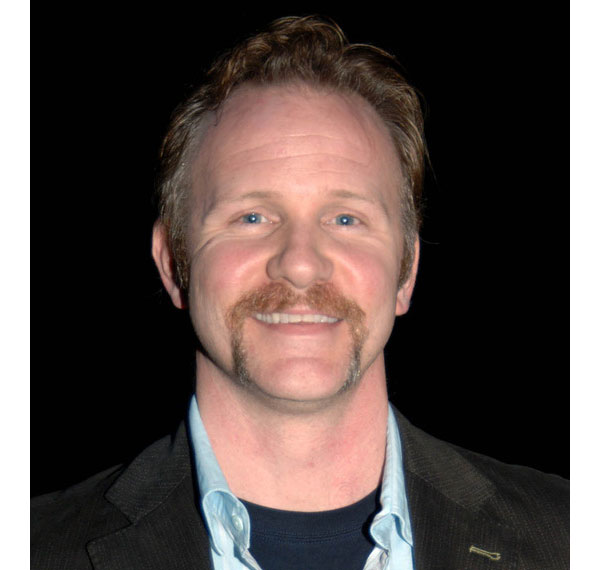 In 2004, Morgan Spurlock‘s documentary film Super Size Me debuted. In it, Spurlock eats McDonald’s food for 30 days straight. This extreme experiment sought to document the adverse health effects of the all-to-common practice of over-eating fast food, using himself as test subject. Indeed, Spurlock gained weight, scared his doctors when his liver went south, felt depressed, lost sexual function and more. But the film also became a sort of watershed moment, shocking general audiences and thereby playing a big role in spurring growth of the food movement. I met Spurlock recently while picking up my weekly farm share (we belong to the same local CSA), and he kindly agreed to talk about the food movement, changes in the fast food industry, and how his McDonald’s binge has affected his long-term health.

McDonald’s has gotten a lot of heat since Super Size Me came out. I thought it was amazing, for example, how much media attention that non-decomposing Happy Meal photography project received recently. Do you think your movie inspired people to be more brazen in taking on fast food companies?

I think people were already questioning them. Maybe it gave them reason to know they would not get sued afterward! I do think the film did open people’s eyes, and at least opened the door to an even bigger conversation.

Are you surprised at how the interest in food and agriculture has grown since you made Super Size Me?

Yeah, I think there’s a big trend, which I am also joining. Community Supported Agriculture (CSA), locally grown produce, whole farmshares and landshares are happening now. It seems like there has been, even a post-Slow Food movement–people wanting to get a healthier, better, more sustainable way of eating and living, which I think is fantastic.

You were an early pioneer of the food documentary. Do you ever consider making others?

There are great films that are out there that deal with food, [and] I think if there’s a way I can help champion some of those other filmmakers, I’d rather do that than go into making another food movie. For me, movies have to be something that if you don’t [make them], then you are going to go crazy. If you don’t tell this story, if you don’t put it on a page, if you don’t put it on film, then it is literally going to effect your brain from this moment forward. There may be something that comes along that kind of strikes me in that way, and if it does, I’ll have to tell it.

In what ways did making Super Size Me change the way you eat?

It was really after the film that I decided that I wanted to become part of a CSA, I wanted to support this whole locally grown movement. I think the biggest thing that happened after that movie was that it really turned me into someone who reads labels. It made me a really conscious consumer in a way I never had been, and I think that’s the greatest thing that could happen. I’m not going to tell anybody, hey, don’t eat fast food. I’m somebody who still loves to have a good burger, but I’m not eating a burger every day. I may have a burger once a month.

Do you still eat fast food?

Never. [laughs]. When I am in California, I go to an In-and-Out Burger, and that is a fast food chain. But its a much smaller, and even more sustainable fast food chain. The meat when it comes in is still in a patty form, the french fries are still potatoes. There is a process of actually cooking food that happens at In-and-Out Burger. Part of the blessing of living in New York City, is that we can get all kinds of food fast. We can get good Italian food fast, we can get good Mexican food fast, I can get great Chinese food fast from a little mom-and-pop shop around the corner.

Have there been any long-term health effects following your McDonald’s binge?

I think the biggest thing is my ability to gain weight. Ever since making the movie, I can put on four or five pounds in a weekend so easily. Its incredible how my body has kind of lost its resiliency. Part of that comes with age, but it also comes with your body having all these additional fat cells that weren’t in your body before. As you create fat cells to store fat and you lose weight and those fat cells get smaller, they don’t magically vanish. They are still in your body, still swimming around waiting for you to overeat so they can store more fat.

For those of us who will never conduct such an experiment, could you describe in one word how you felt physically after a month of eating only McDonald’s food?

What do you think about the regulation of Happy Meal toys in San Francisco?

I think toys do make kids want to go to these places. But I think parents need to be brave enough to tell kids no. Parents need to claim some responsibility.

What needs to happen for fast food companies’ role to change in our society?

One of the things that is already happening is they are making companies put the calories and the fat content right up on the menus, which I think is a great idea. I think the more you can arm consumers with information, the more you start to leave the choice in their hands. In the movie we were trying to find the nutrition information [in McDonald’s stores], and it was behind a door or in the basement. They didn’t even have it out. Its almost like they don’t even want you to know how bad the food is. [I think they should] let people know. Are people going to stop suddenly eating fast food? No. I mean, people haven’t stopped smoking cigarettes. That’s a product [that] when used correctly will kill you. So I think we need to arm people with as much information as possible and then ultimately let them make that choice.

You are from West Virginia. What did you think of Jaime Oliver’s Food Revolution?

I love Jaime Oliver and I loved his show. [But] I think that there were people, even people I’ve spoken to, who were turned off by the fact that there was a Brit in America kind of telling them what to do. I think that threw off audiences quite a bit and made it less accessible than it should have been. I know they are getting ready to do another version of the show, and what I think would be great in this next season is to really empower people to grow their own food. Go into these schools and build community gardens, like Alice Waters did. Get the kids hands in the dirt, get the community’s hands in the dirt. Let them do things that not only support their schools but support their local communities.

What would be your last meal on Earth?

A home-cooked meal by my mom. She is such a great cook. I would have mom cook up some pepper steak, mashed potatoes and green beans. And I am a big pie fan, but I love her chocolate cake. I’d probably have her make a three-layer chocolate cake with white icing.