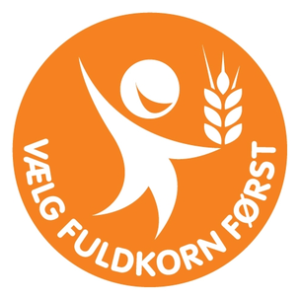 Does the term “white bread” say “all things ‘burby and bland,” to you? Don’t be fooled by this über-processed slice of whiteness. Beneath its pale golden crust, white bread whispers some dark truths about our values: we cherish convenience and shelf life above taste and texture; cheapness is next to godliness, wellness be damned; and man can always find a way to improve on nature.

Highly refined flour has only the wheat’s starchy endosperm, minus the nutritious–but more perishable–bran and germ. No nutrients? No problem! Just add a bunch of vitamins and minerals at the end of the process. Problem solved.

It’s whole grains that go against the grain in America. Too darned assertive, and so time-consuming to chew! Our allegiance to this Pillsbury-Doughboy-pokable/Play-Doh-pliable product symbolizes, above all, a culture that resists resistance, and has better things to do than chew.

So, we’re low on fiber, morally and culinarily, leaving us perpetually consternated and constipated. We’d give a shit, if only we could.

The citizens of Denmark, on the other hand, revere “Rugbrød,” the very antithesis of our Wonder Bread. It’s a dense, dark, high-fiber, low-gluten rye bread that Oprah Winfrey famously fell in love with when she went to Copenhagen to support Chicago’s Olympic bid.

Is it a coincidence that a country whose people adore–nay, are addicted to–a wholesome, nutrient-rich bread enjoys a high quality of life and leads the world when it comes to shifting from fossil fuels to a post-carbon future?

I think not, and that’s one reason I heartily endorse the Rye Bread Project, which launches this Sunday, November 14 at New York City’s New Amsterdam Market with “Smørrebrød Table 2010.”

Smørrebrød, a hearty, open-faced sandwich, is made by artfully layering fish, meats, cheese, greens, and other veggies on a foundation of rugbrød. The Rye Bread Project brings this delightful Danish tradition to our shores in the hopes that we might embrace it, too, in our ongoing battle with obesity and diabetes.

Rugbrød is delicious proof that bread doesn’t have to be bad for you. And there is, of course, room in a healthy diet for white flour, pizza, and donuts–just not the quantity and quality of such foods that Americans habitually consume.

The Rye Bread Project and its partners, including the Consulate General of Denmark and New Amsterdam Market, have invited some of our finest local chefs to create smørrebrød using rugbrød from New York City’s own Nordic Breads, made from grain grown and milled by Cayuga Pure Organics in upstate New York near Ithaca.

Smørrebrød Table 2010 also marks the start of Grains Week 2010, a week-long celebration of the re-emergence of local grains in our regional food system.

But Denmark, which has a Ministry of Climate and Energy, has seen its economy grow by 70% in the past 25 years even while “energy consumption has remained largely unchanged and CO2 emissions have continuously declined,” according to the Danish government. The country’s goal is to become entirely independent of fossil fuels by the year 2050. Already, Denmark gets 20% of its energy from wind power.

Meanwhile, here in the U.S., as Reuters reports, the resurgence of the GOP has taken the wind out of the alternative energy industry’s sales, and the tea partiers are promising to launch a hearing into what they are fond of referring to as the “climate change hoax.”

The real hoax, of course, comes from the folks at Fox News, aided and abetted by the carbon cabal and their fossil-fueled fortunes. They’d have you believe, despite all evidence to the contrary, that climate destabilization isn’t happening. And green jobs? Why, that’s just blue state blather.

But, hey, even if it is, we can’t afford to do anything about it, anyway. Being proactive and encouraging conservation and investing in clean tech and mass transit? That’s a job for socialist Europe and communist China. We’ve got two wars and tax cuts to fund, and earmarks to eliminate.

So put up another pot of tea, and pass the Wonder Bread. Just don’t dunk it; it will dissolve into a soggy mess faster than a Glenn Beck pity party.