The Newest Damning Research on High Fructose Corn Syrup, and What it Means for Your Health | Civil Eats

The Newest Damning Research on High Fructose Corn Syrup, and What it Means for Your Health 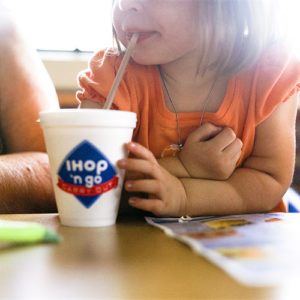 A new study published last week in the journal Obesity, found that popular sodas and other beverages sweetened with high-fructose corn syrup (HFCS) contain on average 18 percent more fructose than was previously thought.

Researchers from the University of Southern California tested beverages like Coke, Pepsi, and Sprite to determine the amount of fructose in each beverage. All of these beverages use HFCS as a sweetener, which is sweeter and cheaper than table sugar, or sucrose.

Sucrose is a disaccharide composed of half fructose and half glucose, while HFCS is composed of two monosaccharides, or separated fructose and glucose. Several studies had previously asserted that HFCS was essentially the same as table sugar, prompting some experts on nutrition to claim that there was no difference between the two biologically. New York University nutrition professor Marion Nestle was one of these high-profile experts, but after reading the new findings she was quick to admit her folly. She wrote last week on her blog, “I’ve been saying for ages that the sugar composition of high fructose corn syrup (HFCS) is no different from that of table sugar (sucrose). Oops.”

The New York Times also supported this notion by writing a recent editorial that stated,“In fact, when metabolized, high-fructose corn syrup is no different than sucrose—ordinary sugar made from cane or sugar beets.”

But according to these new findings, it turns out the differences are significant due to the higher percentage of fructose found in HFCS. The previous assumption was that HFCS was made up of 55 percent fructose—not substantially different than the 50 percent found in sucrose. However, the study found that Coke, Pepsi, and Sprite contained 65 percent fructose, and Dr. Pepper, Gatorade, and Arizona Ice Tea contained close to 60 percent fructose.

A high intake of fructose is problematic for a number of reasons. Though both are simple sugars, fructose and glucose are metabolized differently. Glucose can be metabolized and burned efficiently for energy by cells and can also be stored in the liver or muscles as a carbohydrate (glycogen) for later use. Fructose, on the other hand, is metabolized in the liver rapidly and floods metabolic pathways leading to increased triglycerides and fat storage. Excessive fructose consumption can result in acute rise in blood pressure, insulin resistance and risk for diabetes, increased trigylceride serum levels leading to greater cardiovascular risk, non-alcoholic fatty liver disease, kidney stones, and weight gain.

This is yet another example of why avoiding processed foods is the best way to protect your health. Whatever scientists may say about the similarities between HFCS and table sugar, HFCS is not a whole food. The truth is that even table sugar is a highly refined product and is far from a whole food itself (despite the marketing of “natural sugar.”) Truly natural sugar comes in the form of fresh fruits and vegetables—and this should be where we get the bulk of the sugar in our diets. White sugar, along with HFCS are best avoided entirely.

I know this is not welcome news to many, so if you still need that sweet fix there are a few alternatives that when used in moderation present fewer problems on a metabolic level. Some of my favorites are: palm sugar, raw honey, organic maple syrup, and date sugar. But remember, these too are best used in moderation only—human beings are not equipped to eat large amounts of sweet foods (as the American diabetes epidemic attests to). Our hunter-gatherer ancestors, who we are biologically the same as, rarely encountered sweets in their lives. They ate fructose as it was found in nature—in fruits and vegetables, and on rare occasions some wild honey.

So while reducing your consumption of all sugars is really the best option, completely eliminating HFCS from your diet will go a long way in cutting back on your intake of fructose and with it the risk for a whole host of unpleasant health problems.