Ag Secretary in Iowa: The Most Important Race You’ve Never Heard About 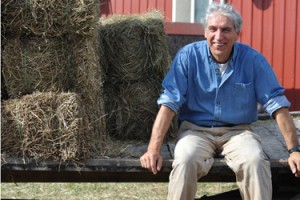 A lot of ink, airtime, and media megabytes are being used to cover the huge number of elections going on all around the nation right now. One of the most important is getting very little coverage, even though it affects every single person in my home state and indeed the US in very personal ways. It is the race for Iowa Secretary of Agriculture.

Unless you are part of the less-than-two-percent of America that are farmers, you might ask yourself why such a race could be important to you. Look at it this way, the issues in this race are only important to those who eat, and if you eat you are a part of agriculture.

Francis Thicke (it’s pronounced “Tick-ee”) is the only candidate for the office with the vision needed to put the power in the hands of the farmer. In one sense he means to do so literally, with a comprehensive plan for on-farm power generation that will free our farms from the choking yoke of foreign oil.

He also wants power back in the hands of local communities, seeking to overturn the legislation (forced through by large corporate interests) that keeps counties and other local governments from having a voice in whether to allow big polluting hog factories in their jurisdictions. He wants regulations with teeth and enough inspectors to carry out the regulations, so that horrible cases like the recent salmonella outbreak at two Iowa egg factories do not recur. Best of all, he wants crop diversity and local food production so that Iowa, an agricultural state, needn’t import 90 percent of its food as it does right now. That’s $7.2 billion that leaves Iowa every year, never to return. The more food we buy from local sources, the more of that money that stays here.

Consider it this way: Johnson County, for example, has about 50,000 households. If each of those households redirected just ten dollars of their existing weekly grocery budget toward something local–from a farmers market, a CSA, or eggs from the farmer down the road–it would keep $26 million in the local economy. Imagine the impact if that were to happen statewide, in all 99 counties, with all 3.5 million Iowans.

Some may feel that they don’t want government telling them what to eat. Bad news for them: the government is already telling you what to eat, successfully, and it is mostly very unhealthy for you and your children. It is however quite healthy for the bottoms lines of a few very large, mostly out-of-state chemical and biotech firms, which is why they want Iowans to re-elect Bill Northey, and why they’ve given so much out-of-state money to Mr. Northey’s campaign.

Francis Thicke has been a professional farmer for nearly 30 years. He has a PhD in soil science, and decades of hands-on farm and public service experience. He is beholden to no corporate or out-of-state interests at all.

For the most change you can create in this election, I urge Iowans to vote for Francis Thicke for Iowa Secretary of Agriculture. If you’re from out-of-state, I urge you to lend your voices.