When CAFOs Threaten the Past | Civil Eats

When CAFOs Threaten the Past 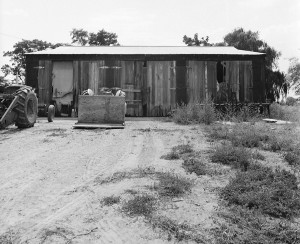 On the National Park Service website, under the heading, “Things To Do at Minidoka National Historic Site,” you will find this:

Walk through the remains of the entry station, waiting room, and rock garden. Read the names on the plaques. Try to imagine what it must have been like to be brought to this remote area. Look around and compare what you see to your own more comfortable surroundings.

Soon, this contemplative visit to the Minidoka War Relocation Center will have a much different feel–and smell.  After decades of activism to get the former incarceration camp named a national historic monument, an Idaho dairy wants to build a Confined Animal Feeding Operation, or CAFO, just 1.2 miles away.

The history of America’s wartime imprisonment along racial lines is an under-told story: most Americans have read barely a paragraph about it in their high school textbooks, and young Japanese Americans struggle to glean more information from relatives and libraries.  But domestic incarceration under the auspices of “military necessity” did happen, and in some of the harshest rural climates in the United States: Jerome (Arkansas), Tulelake (California) and Topaz (Utah) are just a few.  The camps are in various stages of disintegration today, depending on the success of camp survivors and their descendants to get the federal government to preserve and maintain the grounds for interested visitors, Japanese American and otherwise.  Minidoka camp is located in Hunt, Idaho, and when it was operational (between 1942 and 1945), it formed the eighth largest city in the state.  President Clinton declared it a National Monument in 2001 and it’s now under National Park Service jurisdiction.

In 2008, the Jerome County Commissioners approved a permit request by Big Sky Dairy to begin construction of a 13,000-cow dairy CAFO.  Keep in mind that the Environmental Protection Agency defines a “large CAFO” for dairy cows as any facility with over 700 cattle.  With over 18 times that number, the proposed facility near Minidoka is a key battleground in the fight over the safety, cleanliness and environmental and aesthetic impact of super-sized CAFOs.  It’s also an opportunity to look at how Japanese Americans and other interested parties are–or are not–brought into the debate on how industrial food is produced in the United States.

Because Idaho law only permits public comment from residents living within one mile of a proposed feedlot, and none of the former incarcerees still live there, Japanese Americans were initially locked out of the public comment process.  While this absurd limitation was finally rescinded, a judge recently upheld the right of the CAFO to begin construction. A group of camp survivors and their supporters called Friends of Minidoka and the national Japanese American Citizens League have joined with local groups Idaho Concerned Area Residents for the Environment (ICARE) and the Idaho Rural Council to fight the CAFO in court; they are considering an appeal of the most recent ruling.  While the National Trust for Historic Preservation named Minidoka one of the 11 Most Endangered Historic Places in the United States, a lack of national awareness and mounting legal fees mean the site is still in jeopardy. 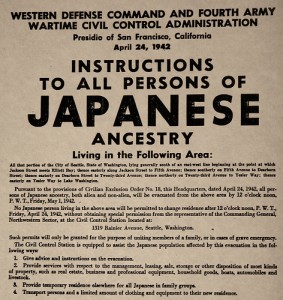 Joelle Hervic is an environmental lawyer who worked on CAFO issues in the Chesapeake Bay as Senior Attorney at Waterkeeper Alliance, an international river and waterway protection network.  Ms. Hervic expressed dismay at the proposed Minidoka CAFO.  “Not only is it completely inappropriate to have a CAFO located in such close proximity to the Minidoka historic site because it is disrespectful, but also there are serious environmental and health concerns associated with CAFOs.  Typically, these types of CAFOs store manure and other farm wastes, which are often toxic, in gigantic tanks or ‘lagoons’ that can hold millions of gallons of manure and urine.  Untreated animal manure from CAFOs is up to 160 times more toxic than raw municipal sewage. In addition, antibiotic residues, heavy metals and harmful bacteria from CAFOs can leach into water supplies,” said Hervic. Adding to the danger, the Minidoka site is known for extreme dust storms, raising concerns of cross-contamination of fecal matter and industrial waste into nearby farms and residences.

The CAFO controversy in southern Idaho is not the only place in rural America that tensions fester over what happened to Japanese Americans during World War II, and how, or even if, that legacy should be remembered.  In some instances, they have turned violent: a group of survivors and descendants visiting the former Tule Lake camp near the Oregon-California border in 2006 found their tour bus shot up with BB guns after an evening cultural program in the town of Klamath Falls.

In Minidoka, by contrast, the CAFO issue has brought together local people and former internees.  “Local people will really suffer (if the CAFO is built).  They have to live there,” said Emily Momohara, an art professor and board member of Friends of Minidoka.  Her grandparents and great-grandparents were held at Minidoka during the war.  “One farmer has started putting up American flags and helping us with our pilgrimages.  He doesn’t want his kids drinking that water either,” she said.

When these American concentration camps were thrown together in the panicked first few months of U.S. involvement in World War II, their locations were chosen for their desolation and sometimes, harsh weather conditions.  Prominent men from Japanese American religious, educational, and civic institutions were quickly rounded up and sent to Department of Justice high-security sites like frigid Bismarck, North Dakota, and scorching Crystal City, Texas.  Families, including infants, the elderly, the sick, and orphans were scattered among the 10 remaining camps.  After the war, cheaply erected barracks were sometimes sold to returning GIs for $1 each, and the land itself was given away in lotteries for returning veterans.  Baby boomer families began building lives–and farms–where Japanese and Japanese-American families were imprisoned just a few years earlier.  Some moved onto land that had been tilled and irrigated by Japanese incarcerees, forming a direct link between the camps and modern food production.

Every year there are Americans who become newly aware of the forced removal of Japanese Americans and seek to unearth information about this disturbing period of our history.  Imagine if you were to study a map and make the dusty trek to Minidoka one day, perhaps with a small bundle of flowers to leave on the memorial obelisk outside the former gates of the camp.  But as you pull up to the site, the overwhelming smell of animal waste fills the car, your lungs, your head.  The sounds of animals compete with your thoughts as you try to make sense of this place, and craft something meaningful out of your trek to this remote locale.

If construction proceeds as planned, a CAFO at Minidoka would disrespect not only those who were imprisoned but also their descendants who deserve to know the truth about what happened to their family members.  As a National Historic Site, Minidoka (like the Holocaust Museum on the National Mall) exists to teach future generations about the dangers of hysteria and hate, particularly in times of war.  This is what all Americans stand to lose if construction of a 13,000-cow CAFO is allowed just one mile from Minidoka.

To donate to the Minidoka Committee Legal Fund, go here.